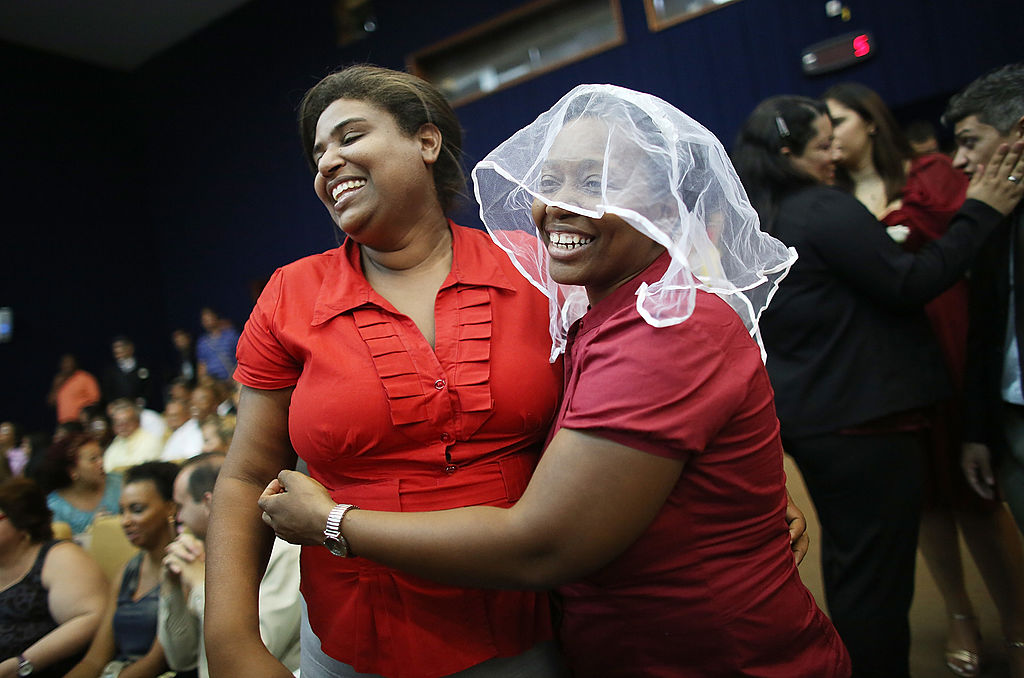 A couple jokes around before getting married at what was billed as the world's largest communal gay wedding on December 8, 2013 in Rio de Janeiro, Brazil. 130 couples were married at the event which was held at the Court of Justice in downtown Rio. In May, Brazil became the third country in Latin America to effectively approve same-sex marriage via a court ruling, but a final law has yet to be passed. (Photo by Mario Tama/Getty Images)

'Nuptial season' in the Southern hemisphere is about to start; we looked into the Getty archives to find an incomplete yet beautiful gallery of people getting wed.

A warm thank you to Kim McCarthy from Gallo Images for her generous help in the production of this image selection. DM/ ML

Missed the last edition of Our World in Pictures? Click below to watch the selection of images “The wild wild world of fashion eccentricities”