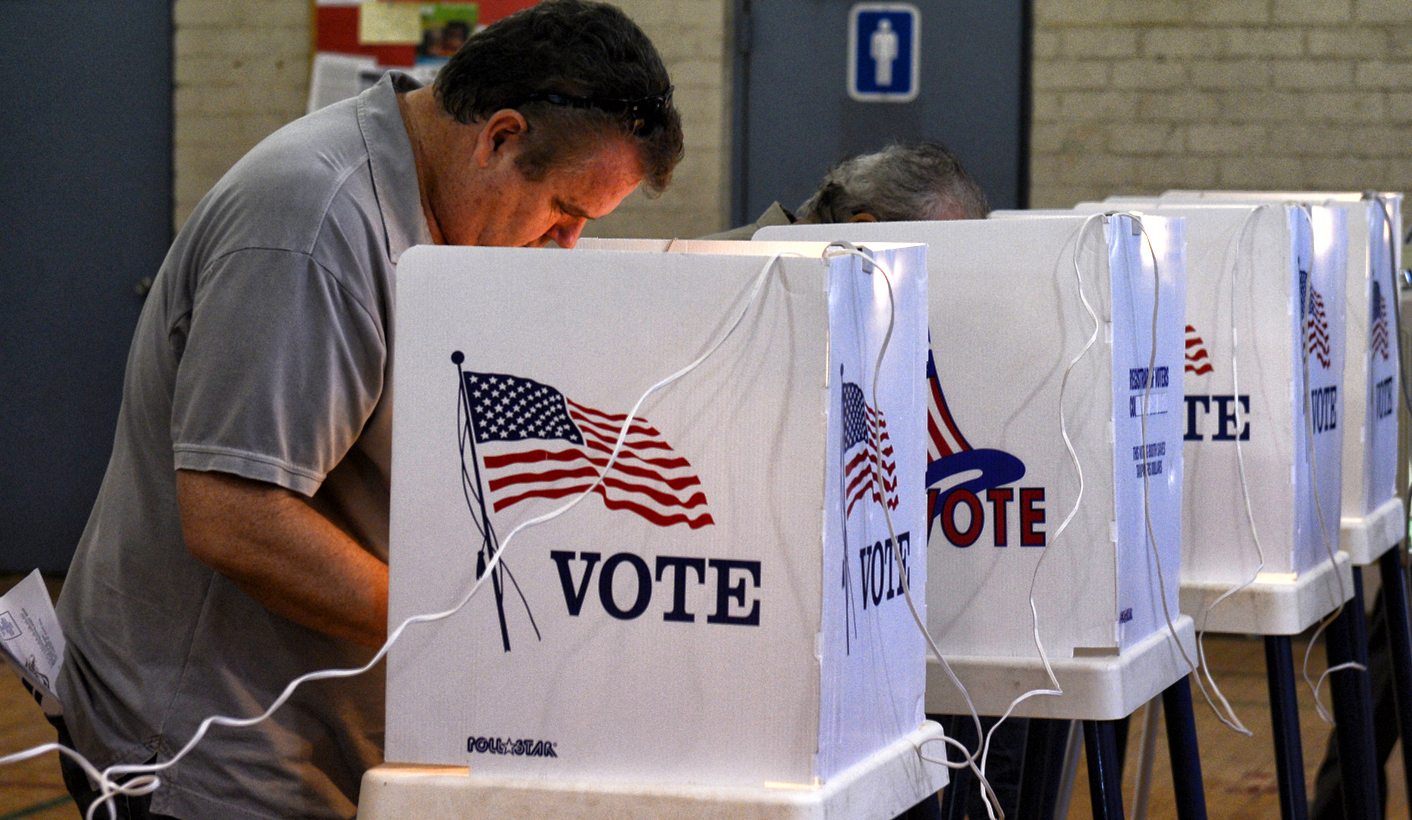 The US has 233.7 million eligible voters in 2020, compared with 200 million in 2016. The 2020 turnout predictions are that 150 million or more are expected to exercise their right to vote. Main photo: A voter marks his ballot in a voting booth in a gymnasium at the Palisades Park polling site in the 2012 US presidential election in Pacific Palisades

The US has seen a wave of early voting as never before. Analysts say that by Saturday 16 October, close to 20 million Americans may already have voted in the 3 November presidential election.

With 17 million Americans reportedly having voted by Friday, the world is watching what is set to be an epic election.

Due to Covid-19, people were urged to use mail-in ballots and vote early to avoid long queues. Conservatives generally are known to vote in person on the day.

Coronavirus spikes and the volatile state of the electorate, with highly polarising choices of Joe Biden and Donald Trump, seem to have created an urgency, translating into what could be the best voter turnout in the US in 100 years.

The pandemic (people are mailing ballots to avoid crowded spaces).

Voter interest (strong feelings of either wanting Trump in or out).

Some 2 million people voted in Florida, despite the state experiencing voter registration system issues. While they got a short extension, Judge Mark Walker offered this rebuke: “Florida has failed to figure out how to run an election properly – a task simpler than rocket science.” (Florida is home to NASA’s launch site.)

Georgia this week saw long queues as people lined up and waited – sometimes up to eight hours, due to problems with electronic poll books used to verify voter registration information. The first day of in-person voting in Georgia on 12 October saw a record-breaking 128,000 people going to the polls. The traditionally red state has seen almost a million people cast their votes, despite technical issues. Democrats may be making inroads – around a third of Georgia’s eligible voters are under 35.

Some 139 million Americans voted in the 2016 elections. Or 56% of eligible voters. In 2012, just more than 60% of eligible Americans voted. The 2020 turnout predictions are that 150 million or more are expected to exercise their right to “Just vote!” as Kamala Harris urged during the vice-presidential debate.

Polling strongly indicates that early in-person voting and mail-in ballots are more likely to be supporters of Biden. Trump supporters may turn up in numbers on 3 November, as he has repeatedly urged going to the polls on the day.

Pennsylvania, Michigan and Wisconsin saw heavily white, working-class votes tip the scale to Trump in 2016.  They could still tip the scale toward Trump, but as one white American in his late 40s said: “Well I’m not sure that I could be comfortable with voting for Trump again.” DM/DM168