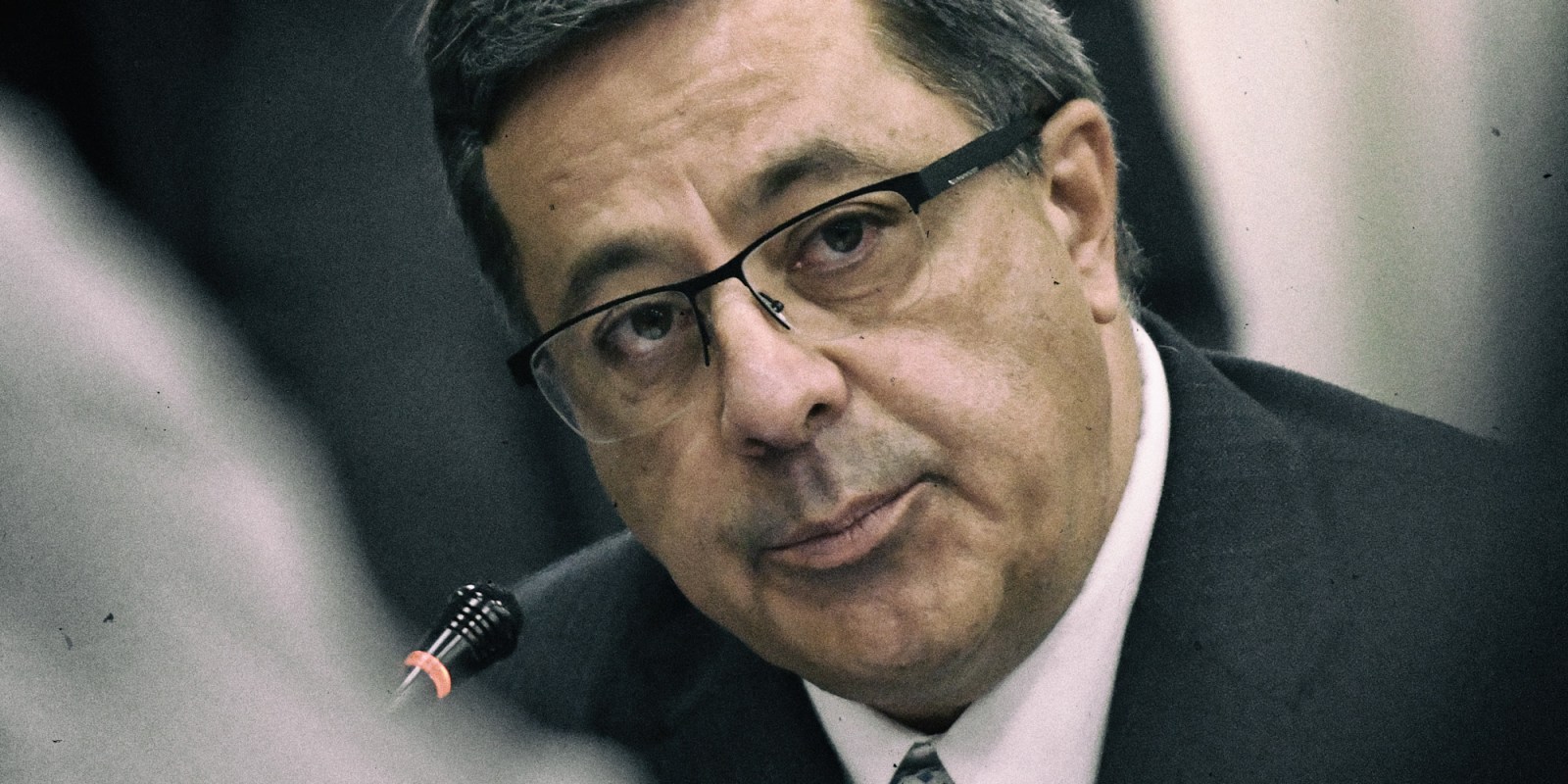 Former Steinhoff CEO Markus Jooste has been forced into legal battle with his former fiefdom, contesting their claim that the PwC forensic report that investigated irregular accounting practices, at his behest, is covered by legal privilege. (Photo: Brenton Geach/Gallo Images/Getty Images)

Ructions, rumours and rumblings – and a forensic report under wraps – have finally drawn the Steinheist mastermind out of the shadows. And the ball is not in his court.

After nearly three years of radio silence and self-imposed solitary confinement, Markus Jooste is back in the bullpen.

The Steinhoff ghost of CEOs past has been forced into legal battle with his former fiefdom, contesting their claim that the PwC forensic report that investigated irregular accounting practices, at his behest, is covered by legal privilege.

In their response, both Steinhoff and PwC claim information contained in the report is “privileged” and will not be released to the public or any other bodies who might have vested interests.

There could be serious legal and financial implications for Jooste, the original auditors Deloitte and Steinhoff’s shareholders, since a host of other outstanding court cases remain.

But it does place PwC in the tricky position of having to defend the court action in an effort to keep their report under wraps.

PwC was commissioned by the Steinhoff board to draw up the report in 2017, and it delivered its findings earlier this year, but published only the executive summary.

The Steinhoff executive claims that its attorneys, Werksmans, commissioned the report, but Jooste disputes this, and his lawyers say in the court papers that that statement is not true.

In an effort to dispute the legal privilege argument, Jooste’s application to the court states: “It does not appear that the PwC report was brought into existence for the purpose of pending or contemplated litigation. On the contrary, it appears PwC’s investigations and report were undertaken for the principal purpose of establishing, and enabling Steinhoff to report on, its actual financial position.”

It was also widely reported that Steinhoff itself commissioned the report to get to the bottom of the fraudulent transactions.

Steinhoff made a public statement that it was “committed” to “sharing the progress and results of their investigation”, Jooste’s application states.

The case is being heard in the Western Cape High Court, and the initial hearing took place in June.

Since the company confirmed “accounting irregularities” on 5 December 2017, a staggering 98% of Steinhoff’s market value was wiped out in the flash flood.

PwC said it was not prepared to engage on matters involving one of their clients and Steinhoff is yet to respond to Business Maverick questions.

However, the Independent Board for Auditors (IRBA)  has confirmed to BM that the PwC still refuses to give the regulator access to the report, citing legal privilege.

IRBA declined to reveal whether it has or will resort to litigation to get access to the audit findings, which is fundamental to its own investigations into Deloitte, the external auditor during Jooste’s tenure that signed off on the fraudulent financial statements over many years.

Steinhoff shareholders also demanded the report’s release at the company’s last AGM, but found no joy in their protest. The Financial Mail (FM) and amaBhungane have both lodged an access to information request for the full report.

Yet the FM states that a number of other parties seem to have access to the full report, including the SA Institute of Chartered Accountants, the Financial Sector Conduct Authority (FSCA) and crime-fighting unit the Hawks.

Business Day recently announced that Steinhoff is assisting the Hawks and other state agencies with their investigations into the Steinhoff matter.

Meanwhile, the JSE and FSCA have fined the two companies, but whether Deloitte will face any disciplinary action in the next few years seems unlikely. IRBA investigations have generally taken the scenic route in disciplinary action of the past decade.

The African Bank investigations into misconduct of the auditor at Deloitte in charge of flawed assurance attempts over 10 years ago were only finalised this year.

Statements on Sharemax’s auditing practices are still being heard by the disciplinary committee, which has been postponed twice this year.

IRBA says it is scheduled to recommence this month. The auditing firm is not named in the media release.

The official response from the IRBA spokesperson on more recent events is that “investigations into the conduct of the individual audit partners responsible for the audit opinions on Steinhoff and Tongaat Hulett – read Deloitte – are currently underway.

“The outcomes of the investigations will enable the IRBA to determine whether there was any improper conduct in performing the audits.”

It confirmed that it had managed to acquire all the audit files at the beginning of the year from Deloitte on Steinhoff audits over its tenure of 15 years.

Steinhoff fired the firm as its auditor in 2019, and appointed Mazars in its place. DM/DM168