Hunger, thirst and no jobs are constant enemies in the poverty-stricken Eastern Cape Karoo dorp of Klipplaat 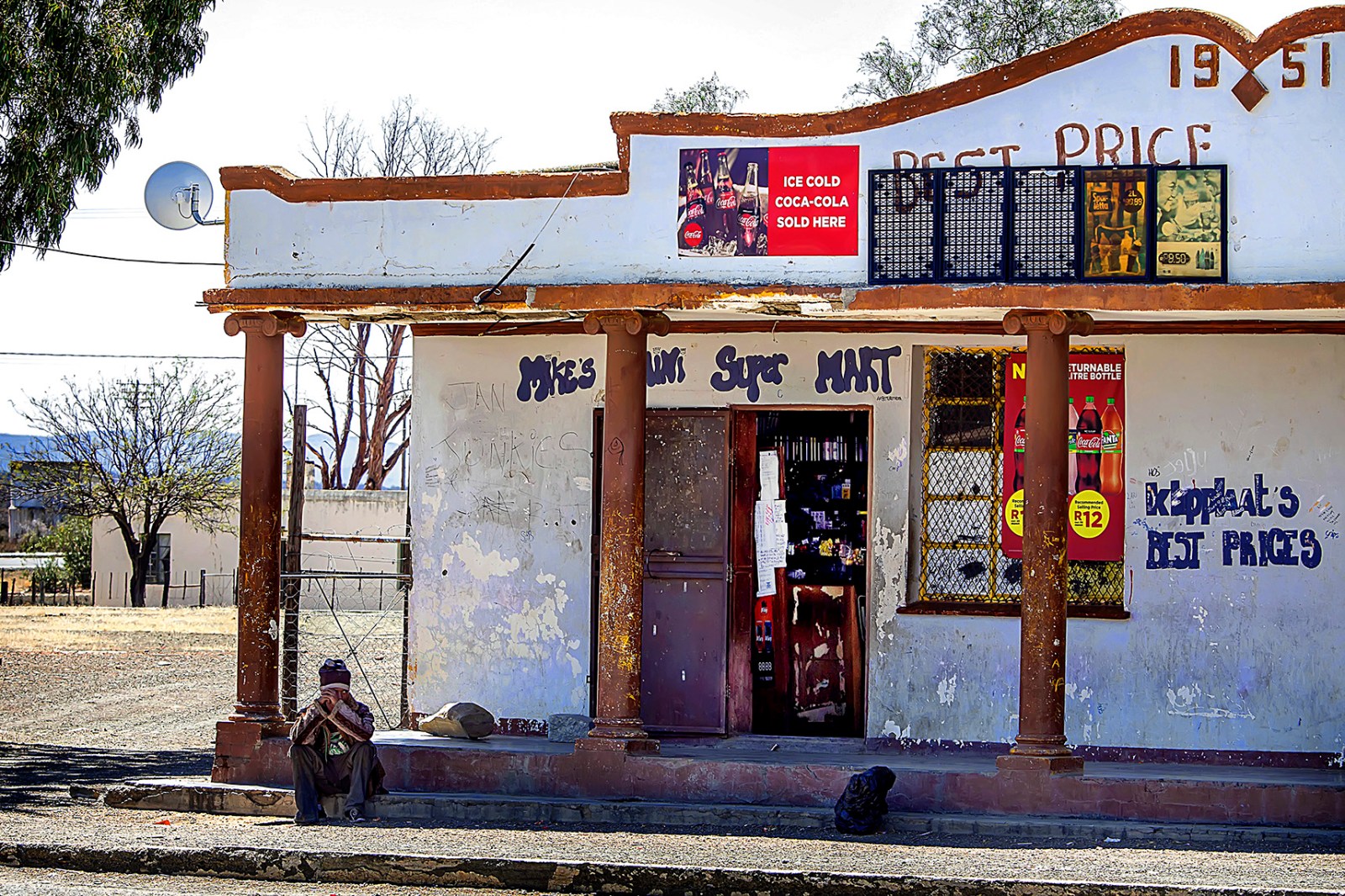 Klipplaat was characterised by low population density, high levels of poverty and problems with the supply and quality of its water. (Photo: Donna van der Watt)

The residents of Klipplaat in the Eastern Cape Karoo are losing the battle against hunger and thirst. The provincial Department of Social Development’s soup kitchen has been feeding twice the number of people for which it was originally funded. Hundreds of food parcels are being handed out and several private donors are also trying to help, but Klipplaat is losing the battle. The town’s taps are also dry.

This week the Eastern Cape government published shocking statistics showing that the plight of Klipplaat is repeated throughout the province, with children bearing the brunt of worsening food shortages.

Health workers said last week adult malnutrition is increasing in the small town about 80km south of Aberdeen, and patients are skipping medication for chronic conditions because they do not have food to eat at home.

“But it is also about dignity. You can see how long it takes for patients to admit that they have no food in the house. Being hungry is not just about not having enough to eat,” said one health worker, who asked not to be named.

The MEC for Social Development, Siphokazi Lusithi, reported an increase in infant mortality across the province due to child malnutrition.

And her colleague Nomakhosazana Meth, MEC for Rural Development and Agrarian Reform, has painted a dire picture of food security throughout the province.

She said 78.7% of children were victims of poverty on several levels, including nutrition, education, water and sanitation, information, housing and health. Of these, about half were exposed to food insecurity.

According to statistics released by Lusithi, the province is plagued by “persistent high levels of poverty” with an increase in the number of households for which basic needs are not being met.

She said this had been aggravated by the Covid-19 pandemic.

Lusithi said this was made worse by low levels of education, high HIV rates and unemployment. Premier Oscar Mabuyane’s spokesperson, Mvusi Sicwetsha, said a new anti-poverty strategy for the province had been approved by the provincial government’s executive committee. “It will be implemented.”

Lusithi said that even before the Covid-19 pandemic erupted in South Africa, 60% of households in the Eastern Cape, which has a population of 6.7 million, were receiving at least one grant.

Of the 1.8 million households in the province, she said one-quarter suffered from  food insecurity due to poverty.

When the station closed the town did too. We don’t have big shops here. We don’t have a bank. It makes life difficult. But the people here will always share what food they have.

In these households, 342,425 children were receiving child grants. Lusithi said her department had distributed 342,425 food parcels at a cost of R130-million in the province, and it would spend another R78-million to deliver more food parcels to where they were needed.

The chairperson of the governing body of  Brandovale Primary School in Klipplaat, Wayne Seekoei, said that in the heyday of rail transport the town was a vibrant place with many people employed at the station, because it was a major junction serving routes to and from bigger towns and cities such as Port Elizabeth, Oudtshoorn and Graaff-Reinet.

Seekoei said the school ran a nutrition programme for children, with parents recruited from the community to do the cooking.

“When the station closed the town did too,” he said. “We don’t have big shops here. We don’t have a bank. It makes life difficult. But the people here will always share what food they have.”

Seekoei said many of the town’s residents received grants but they had to pay R70 to travel to Jansenville to collect their money.

According to statistics provided by Lusithi, 31% of the town’s residents are younger than 14,  62% are of working age and the rest are older than 65; and of residents older than 20, 15.4% had no schooling.

Lusithi said that a soup kitchen had been established in the town with a budget to supply 240 people, but it had been feeding 469 people before it was closed in March due to the lockdown. She said in May, 312 food parcels were distributed to residents, and 10 in August and October. The MEC said the town was characterised by low population density, high levels of poverty and problems with the supply and quality of its water.

The most gruelling challenge is the shortage of food. We see malnutrition in adults and children.

Due to low reservoir levels, water must be transported to Klipplaat from Graaff-Reinet, 147km away. The mayor of the Dr Beyers Naudé Local Municipality, Deon de Vos, said in a recent statement that water shortages remained a challenge in the Jansenville and Klipplaat areas.

A health worker at the clinic in Klipplaat said many of the town’s residents were poor, hungry and very frail, with drug addiction, alcohol abuse, teenage pregnancy and chronic disease such as TB and HIV being rife.

“The most gruelling challenge is the shortage of food. We see malnutrition in adults and children,” she said.

The Gift of the Givers disaster-response NGO has announced a major intervention in the town.

“Nobody calls from Klipplaat without sobbing,” said  the organisation’s founder, Imtiaz Sooliman.

“Gift of the Givers assisted the area [a few months] ago with 400 food parcels and realised a far greater intervention was required,” he said.  The NGO then returned with another 1,000 food parcels, bottled water and nutritionally enriched porridge for children.

Gift of the Givers has also drilled several boreholes in the town.

Amid the gloom, however, a farmer’s wife, a retired teacher and two student teachers are providing children with hope for a better future. Fiona Hobson, who started the organisation Five Loaves Two Fish in Klipplaat, said she and her husband Rob did so after they discovered that many children were unable to read.

She said while the classroom where they used to provide remedial reading classes was now used as a regular classroom because of the Covid-19 regimen for schools, she believes her community project has made a big difference since starting in 2009.

“When we started, a lot of children in grade 3, 4 and 5 couldn’t read at all,” said Hobson, who is a retired high-school science teacher. “This isn’t so unusual, even in fee-paying schools. Schools would offer remedial teaching to some learners, but in a no-fee school like the one in Klipplaat there was no help for them.”

She said one of the teachers involved in the project is a 70-year-old retired foundation phase teacher.

“She is still teaching children from her home. In Klipplaat many parents are not educated and they can’t help their kids. I have helped out a bit at the local high school and many of the learners there can’t read either.

“Two of our teachers are studying to qualify. They are wonderful and full of enthusiasm,” she said.

Hobson said her group has made  reading material available in English, Afrikaans and isiXhosa on its website.

“My approach has always been that, whatever you do, if you can read life will be better for you,” she said. DM/DM168