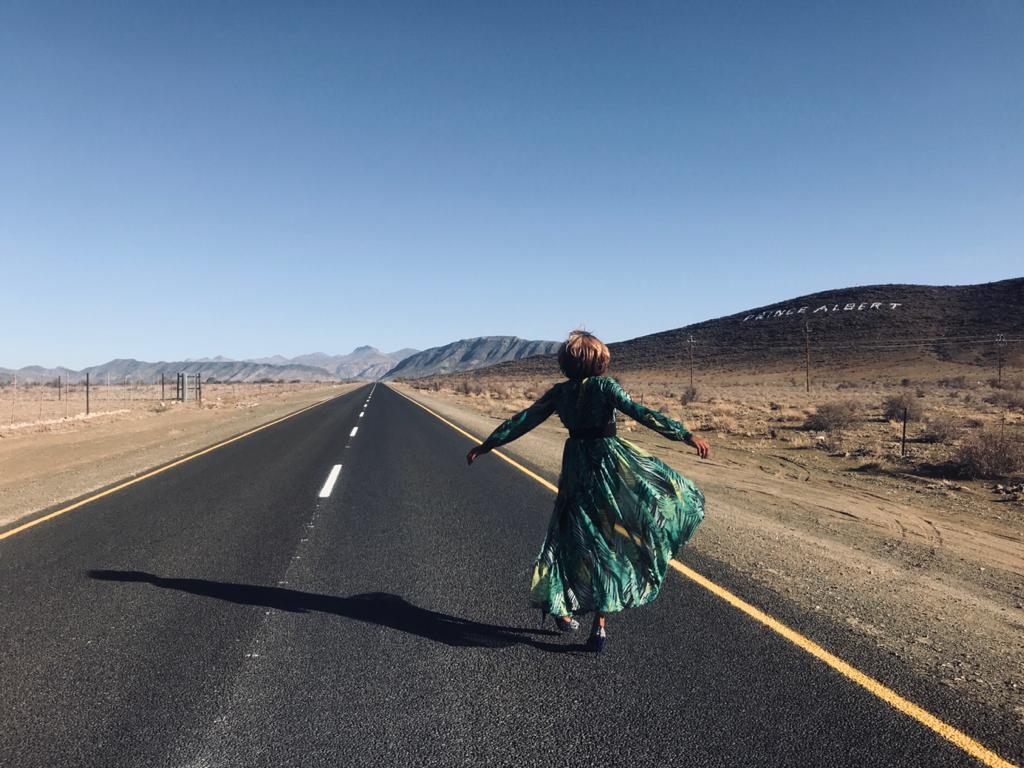 Behind the scenes: 'The Men Who Speak Gayle' (Image courtesy of Andrew Brukman)

In a stellar form of cinematic activism, Brukman explores the secret language of Gayle and follows some of the last ‘queens’ in South Africa’s queer community to speak it.

In sociolinguistics you learn that language extends far beyond its technical function of conveying thoughts and ideas. Language is the fabric of connection – a relic of bygone times and experiences. And while we take the communicative conduit for granted, the language one speaks and the way in which one speaks it can tell you a lot about an individual and a specific time in society.

In many places before the turn of the century, homosexuality or “being queer” was against the law and in some cases even punishable by death. This gave rise to a number of argot languages within the queer communities to avoid identification and persecution.

The 10-minute short unravels the history of Gayle, which arguably became the Trojan horse of the queer community during apartheid, representing an invisible forcefield among a sector of South African society whose very existence was outlawed.

An argot is a secret, or “coded” language often used by a particular group of people: in the LGBTQI+ communities, in the context of oppressive times in their respective societies, argot languages like Lavender developed in the US, Polari in the UK, and Gayle and the very rare IsiNgqumo (the isiXhosa and isiZulu Gayle counterpart) in South Africa.

Gayle or Moffietaal, as it was initially known, is said to have originated in the coloured queer communities in Cape Town’s District Six – a designated coloured area in apartheid South Africa. During the 1950s, Gayle grew legs from South Africa’s historically oppressive and punitive political landscape.

UK-based South African director Andrew Brukman explores this secret language in a “faboosh” (fabulous) and moving short film released in July this year, titled The Men Who Speak Gayle. The 10-minute short unravels the history of Gayle, which arguably became the Trojan horse of the queer community during apartheid, representing an invisible forcefield among a sector of South African society whose very existence was outlawed.

In the 1960s and 1970s, there lived an iconic trans figurehead and hairdresser from District Six named Kewpie (born Eugene Fritz) who was said to have developed and popularised Gayle with her group of friends.

“What is interesting  about Gayle’s origins is that, geographically, District Six was surrounded by white suburbs and anyone who was ‘liberal and white’ and wanted to mix with other races would go to District Six purely because of its proximity. Based on that, I think we could surmise that many of these liberals were somewhere on the queer spectrum and so Gayle spilt over from District Six through these ‘visitors’ and then on to the airlines,” says Brukman.

In Gayle, women’s names are often used to describe things. For example, “Dora” is a drink, “Betty Bangles” is the police, “Hilda” is ugly, and “Lolly” is a wig. However, in an article for The Conversation, lecturer in applied linguistics at the University of Johannesburg, TL McCormick, says that Gayle is different from varieties of the argot used in other parts of the world in that “it uses a combination of women’s names and Afrikaans slang to describe other gay people or gay experiences, for instance, a ‘Polly Papagaai’ is a gay man who gossips (‘papagaai’ means ‘parrot’ in Afrikaans); an ‘Adele adder’ is a vindictive gay man (‘adder’ being a species of snake).”

The Men Who Speak Gayle from Caspian Films on Vimeo.

The concept for the film was born more than four years ago. As Brukman says, “The film took longer to come out than I did!” One day, Brukman’s friend Frances van Hasselt, a Cape Town-based fashion designer, told him about a secret language one of her colleagues started speaking while they were working on the shop floor. When Frances inquired about the language, her colleague’s response was, “Well, it’s Gayle darling, don’t you know?”

Later, in the corners of the internet, Brukman found Nathan Kennedy – a drag performer and Gayle speaker from the Cape Flats. “He [Kennedy] was doing Facebook videos and comedy skits using Gayle. The story just exploded into life when I met him and so began the journey of The Men Who Speak Gayle,” says Brukman.

As part of the British Council’s #MoreFilmsForFreedom annual digital programme, Brukman entered his short and the concept was selected to be commissioned to be part of short films hosted by the BFI Flare film festival exploring LGBTIQ+ stories as a way of connecting and celebrating LGBTIQ+ communities everywhere.

The short follows Kennedy – one of the last people to speak Gayle – to the desert town of Prince Albert to find Louis van Brakel, a former “trolly dolly” (air steward) for SAA back in the 1980s and who is 30 years Kennedy’s senior. What ensues is a moving connection between two completely different characters based on the commonality of Gayle. 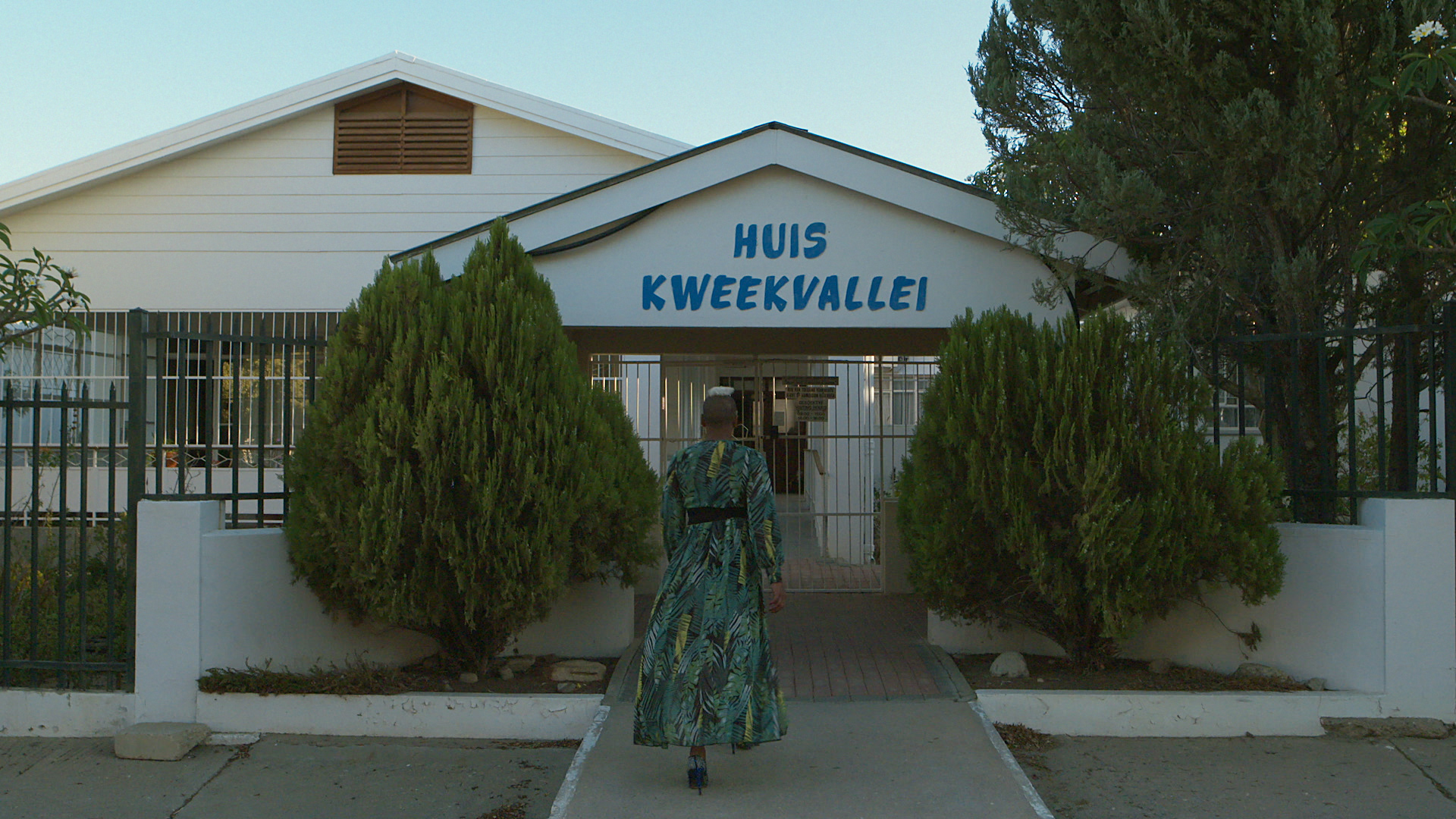 Interestingly, Brukman explains that while doing research for the documentary, they discovered “linguist Ken Cage’s fascinating thesis which was later adapted into a book published in the 1990s. Cage managed to trace the formation of the language back to the airlines”.

Kennedy, who narrates the short, says that meeting Van Brakel for the first time was an intense moment:

“I learnt about part of the LGBTQI+ community in the apartheid era that I didn’t know about. Some of the stories Louis recounts literally had me in tears. Hearing what they had to go through as gay men back then… conforming to the military just to hide who they were… sjoe, we are lucky.

“Now I value who I am more, and who I have around me much more. Now, when I speak to someone who is struggling to ‘come out’, I feel I have better answers and guidance that I can offer them just from that bit of insight I got from spending time with Louis.”

Kennedy started learning Gayle from the age of seven when he heard it being spoken by his aunts on the Cape Flats. He immediately fell in love with the language. “It [Gayle] sounded fun. It was always laced with humour and flamboyance and associated with laughter.”

Gayle still represents complete expression and the unforgettable bond of a marginalised community.

Kennedy says the short with Brukman gave him a newfound boldness: “The short fired up a new kind of fierceness in me that broke away from the fear and allowed me not to focus on the ridicule or to be scared. So this allowed me to ‘come out’ in another aspect of my life, with another part of my character,” Kennedy says.

Gayle was born during an incredibly dark political time in South Africa and one can’t help but wonder why a language that represents a time of oppression and denial of the LGBTQI+ community’s existence should be kept alive.

“This is something which we looked at early on, and really what Nathan talked about is that it is this language born from oppression, but it has come into its own as one of expression. So it is an amazing example of how a language transformed into something expressive.

“Gayle should be alive as long as people find a use for it and will continue to exist until there is no one to speak it with. In the past, Gayle was used for concealment, and although we might not necessarily need the language now, it still represents complete expression and the unforgettable bond of a marginalised community,” says Brukman.

The Men Who Speak Gayle has been selected by the Durban film market finance forum to be developed into a full-length feature documentary in what Andrew says will be “South Africa’s biggest and most entertaining form of cinematic activism. It will be a fabulous queer ensemble road trip film (think South Africa’s Priscilla, Queen of the Desert),” says Brukman.

At the sold-out performance of Kennedy’s “The Greatest Divas Tribute Show and Gayle Comedy” at Prince Albert’s art deco Showroom during filming, a group of queens from the local township “came out” in full force to support the show.

It is us telling the world that by bringing different people together through art, performance and music, that something special can happen and people can feel like they’re not alone.

“The audience was a melting pot of people and I remember thinking, God, that’s what it is about. Being yourself in the world and not having to hide in your house. This is the kind of idea we want to build on in the full-length feature,” says Brukman.

Brukman is calling on queer performers around the country who would like to collaborate in developing the full-length feature.

“We are very much in the beginning stages of developing the feature and in that regard, we are looking for partners and funding bodies who may be interested in the project to please get hold of us.”

“We’re describing the feature as ‘South Africa’s Priscilla, Queen of the Desert’ because we are getting an ensemble of fabulous queer performers and artists together to travel around the country putting on DIY drag spectacles in school halls, theatres, bars… wherever they can.

“This is us offering an ‘answer’ (not the answer) to the global black, queer and trans movement happening right now. It is us showing up in the rawest form of cinematic activism, which is really an important part of filmmaking for me.

“It is us telling the world that by bringing different people together through art, performance and music, that something special can happen and people can feel like they’re not alone.

“We really think it is something that will push us towards a little more love, a little more acceptance, and certainly a lot more fun!” DM/ML