From Black Star to low-hanging fruit 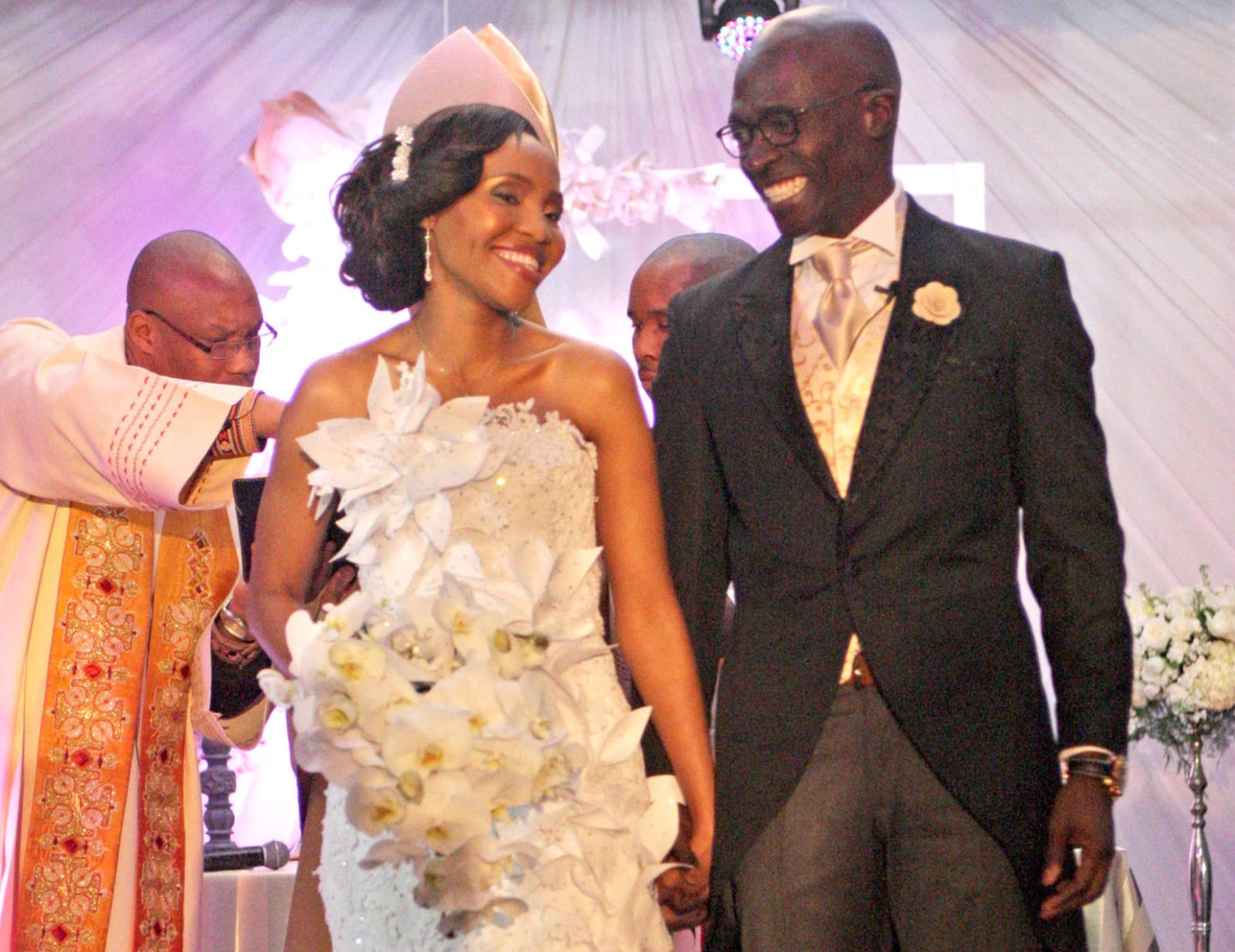 Malusi Gigaba and Nomachule Mngoma during their wedding on August 30 2014 at the Durban Botanic Gardens in Durban. (Photo by Gallo Images / Sowetan / Tebogo Letsie)

Malusi and Norma Gigaba – those were the peak State Capture years my friend, we thought they’d never end.

The bad omens were there from the start for SA’s celebrity political couple Malusi and Norma Gigaba. While they nurtured presidential ambitions, posting on Instagram a parallel fantasy life, the rest of us knew it could all only end in tears.

By the time the couple tied the knot in a two-day ceremony in 2014 to strains of Bette Midler’s Wind Beneath My Wings, Malusi Gigaba had already shown himself to have a wandering eye and the romantic attention span of a mosquito.

Gigaba, once the “Black Star” of the ANC Youth League (according to Gwede Mantashe) and thrice-elected leader, was still married to Thabong Nxumalo when he met Nomachule Mngoma.

In 2007, Gigaba, then Deputy Minister of Home Affairs, had surprised Thabong on Valentine’s Day with flowers which set taxpayers back R1 000. After he had been flushed out by the media on that score, Gigaba “reimbursed” the public purse.

A bit of a willow in the wind politically, by then Gigaba had navigated Thabo Mbeki before finding his ambitions inexorably tied up with those of President Jacob Zuma.

But Zuma came with baggage, a family of benefactors/extractors known collectively as the Gupta brothers.

As Ajay, Atul and Rajesh became household names in political compounds, the family found themselves needing the occasional personal touch at Home Affairs.

The network of funnels aimed at siphoning tax revenue from the state and into real estate in Dubai and elsewhere needed outside help to get working. Visas needed to be fast-tracked, work permits rushed through, citizenship applications considered.

Gigaba and Thabong divorced in 2010, and in 2014 Gigaba (now actual Minister of Home Affairs) and Norma tied the knot at the Durban Botanical Gardens in front of about 500 high-profile guests.

In 2014 Gigaba was Minister of Home Affairs in more ways than one. On that day in September when he said “I do” to Norma he had been texting his mistress, New York-based stylist Buhle Mkhize, since July that year.

This was all later made public.

Then it got classy when Mkhize called Mrs Gigaba “homo Naledi” and Mrs Gigaba in turn called Mkhize “a prostitute’’.

In March 2017 President Jacob Zuma shuffled Malusi Gigaba into his cabinet as Minister of Finance, replacing Pravin Gordhan. He was inching closer. The presidency might still be one day within his grasp.

When Norma Gigaba agreed to give an interview to eNCA in May 2017, she smiled coyly when journalist Ayanda-Allie Paine asked her if Malusi had “presidential ambitions”. We take it as it comes, she said.

In that same interview Norma revealed that she had, in fact, as an “IT specialist”, helped her husband install systems at Home Affairs. She babbled on about how her company did “big tenders” and how the bitch fight on social media with Buhle was only done to protect her marriage to SA’s potential future president.

In between, Norma seems to have spent much of the marriage wearing clothes and wigs and filming these for Instagram stories.

Then, in July 2020, “I snapped and took a vegetable slicer and scratched the car,” said Norma in a statement to the Hawks after her arrest and overnight stay in jail. For Norma, scraping the value off Peterson Siyaya’s R3-million black Mercedes G63 AMG was an act of peak self-care.

Norma blames Siyaya, Malusi’s close buddy, for helping, in part, to fulfil and propel the implosion of what could have been Malusi Gigaba’s stellar political career.

Now he is a drain on Luthuli House, battling each month to pay salaries.

We won’t see the likes of Malusi and Norma Gigaba for a while again in SA. At least not in Ramaphosa’s post-Covid “austerity years”, with an ANC hobbling under the weight of corruption and a country in economic free fall.

We should have warned them. Malusi and Norma. We should have been that auntie who pulls you aside before you get married and gives you the lowdown on the dude and ends with “don’t come crying to me when he spills the milk”.

If Shakespeare had known them he would have written Malusi and Norma. Instead of ending with the tragic death of the couple, these two end up in court, fighting a deadly legal duel.

Norma is not going down without a fight. So while they slug it out in court, the couple once destined for greatness will finally let it all hang out in the dock.

And so ends the trajectory of dear Malusi Gigaba; from “Black Star” to “Low-Hanging Fruit” on the NPA’s list of suspects who helped the Guptas drive the getaway car. DM/DM168