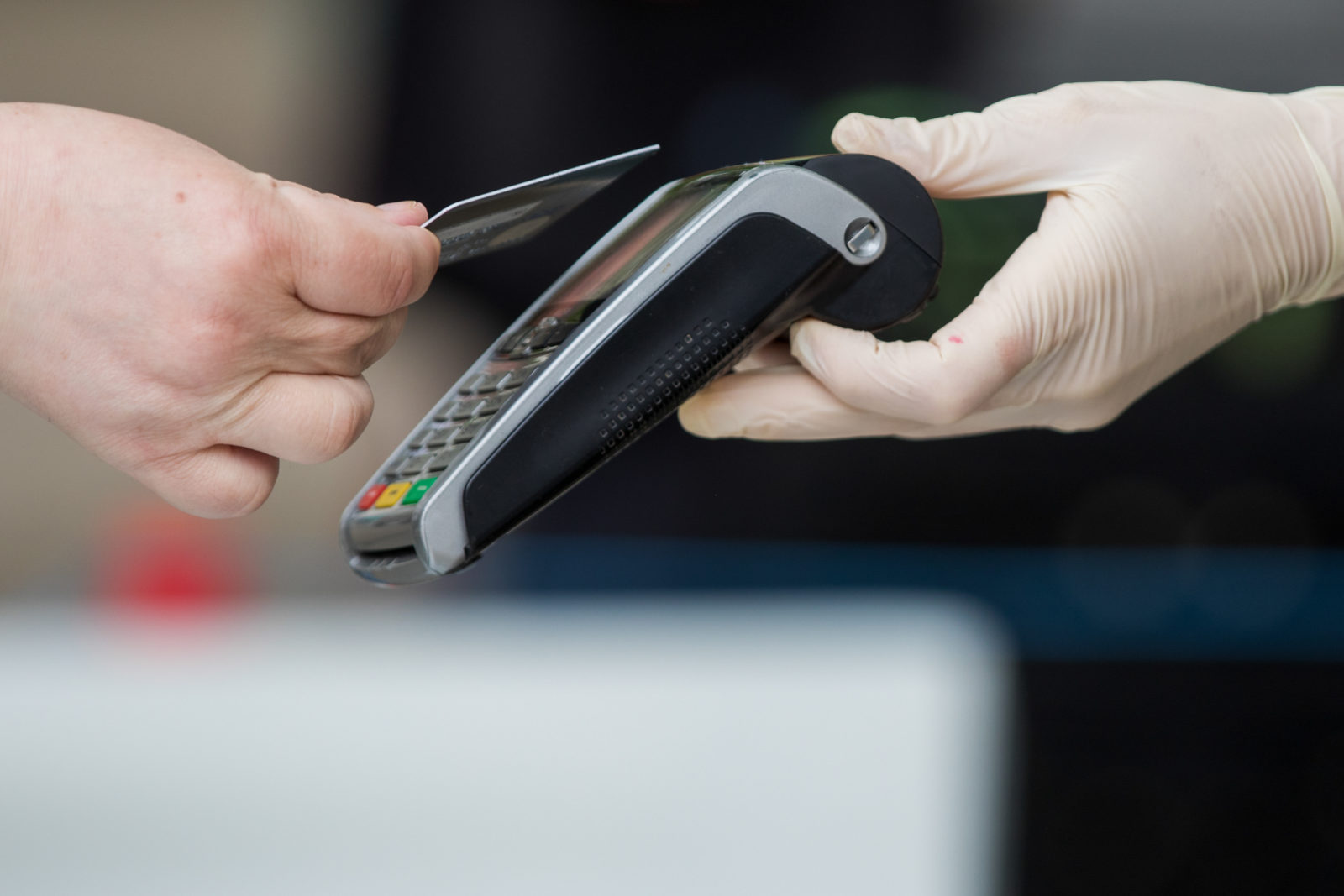 A customer uses a bank card to make a contactless payment. Contactless transactions on groceries and pharmaceuticals in South Africa had increased thirteenfold by March 2020 on the previous year. (Photo: Chris Ratcliffe/Bloomberg via Getty Images)

Contactless payments have exploded during the Covid pandemic, increasing by thirteenfold year on year. The question now is: are we inexorably on the road to a contactless payments system, or is there still a place for the use of cash?

Tapping a card with a near-field-communication chip or scanning a QR code used to seem merely quick and convenient, but with the Covid-19 pandemic, it’s been literally a lifesaver.

A Mastercard study showed that contactless transactions on groceries and pharmaceuticals in South Africa had increased thirteenfold by March 2020, on the previous year. It found that 20% of respondents hadn’t used cash at all since the pandemic began, while 44% reduced their cash use.

The study also said that 75% of South African consumers already use contactless payments and the majority of respondents prefer these methods, considering them a cleaner way to pay.

Chipo Mushwana, executive head of emerging payments at Nedbank, says “the heightened global focus on hygiene and social distancing brought about by the Covid-19 pandemic has cast a spotlight on the need for banks to make digital and contactless payments a key priority”.

Mushwana says that low-cost, minimal capital investment solutions for small businesses are “an integral part of this evolution”. For instance, Nedbank announced their Tap on Phone capability in June, which allows a merchant to use their phone to receive a contactless payment. And “because all that is needed is a smartphone”, it makes the functionality “especially valuable for SMMEs and informal traders that could not previously accept debit and credit card payments”.

Dan Wagner, joint CEO of walletdoc, which provides end-to-end solutions for accepting payments, agrees that while the uptake has been increasing for several years, “Covid-19 boosted contactless payments in a big way”.

While consumer willingness may be increasing in light of the pandemic, the widespread use of contactless technologies still requires a shift in payment infrastructure for the merchant. Paula Buchel, the Africa Payments Leader for Deloitte, says “the broader acquiring network to acquire contactless payments is a key part of the adoption of contactless payments”. She suspects that getting these technologies is still easier for larger companies and that smaller merchants may not get on board as easily.

Contactless payments are easier and faster than traditional card transactions, but they still compete with cash as an entrenched transaction method. While 80% of South Africans have bank accounts, according to a 2019 Deloitte report, large numbers of them still choose to transact in cash. These highly cash-reliant parts of the consumer market may not shift to digital means easily if they don’t see those methods being easily accessible where they spend their money, such as in a taxi or at a spaza shop.

Buchel says that with contactless methods increasing, “there may be a reduction in cash, but we’re certainly not about to see cash disappear even with the Covid impacts”.

While the hygienic nature of contactless payments may be appealing, security risks have been a recurring question for some consumers. CEO of South African Banking Risk Information Centre Nischal Mewalall assures that contactless systems are safe and come with higher fraud surveillance levels.

Mewalall says “the only risk is if the card is stolen and not reported immediately”. Since there are limits for the amount and size of transactions per day that can be made without entering a PIN, he says that for criminals “the financial reward associated with these transactions is low, whilst the reputational and prosecution risk to the merchant remains high”.

These limits, generally set at about R500, could be an inconvenience for businesses that sell pricier goods, but which want to offer fast and hygienic contactless payments.  “Hopefully in the future, the industry will increase this limit, especially for devices that provide a layer of security such as fingerprint and face ID,” says Wagner.

Card transactions are clearly shifting towards being contactless, and Buchel says these changes brought on by the pandemic are likely to stay. Yet this doesn’t mean cash transactions are going anywhere. DM/DM168