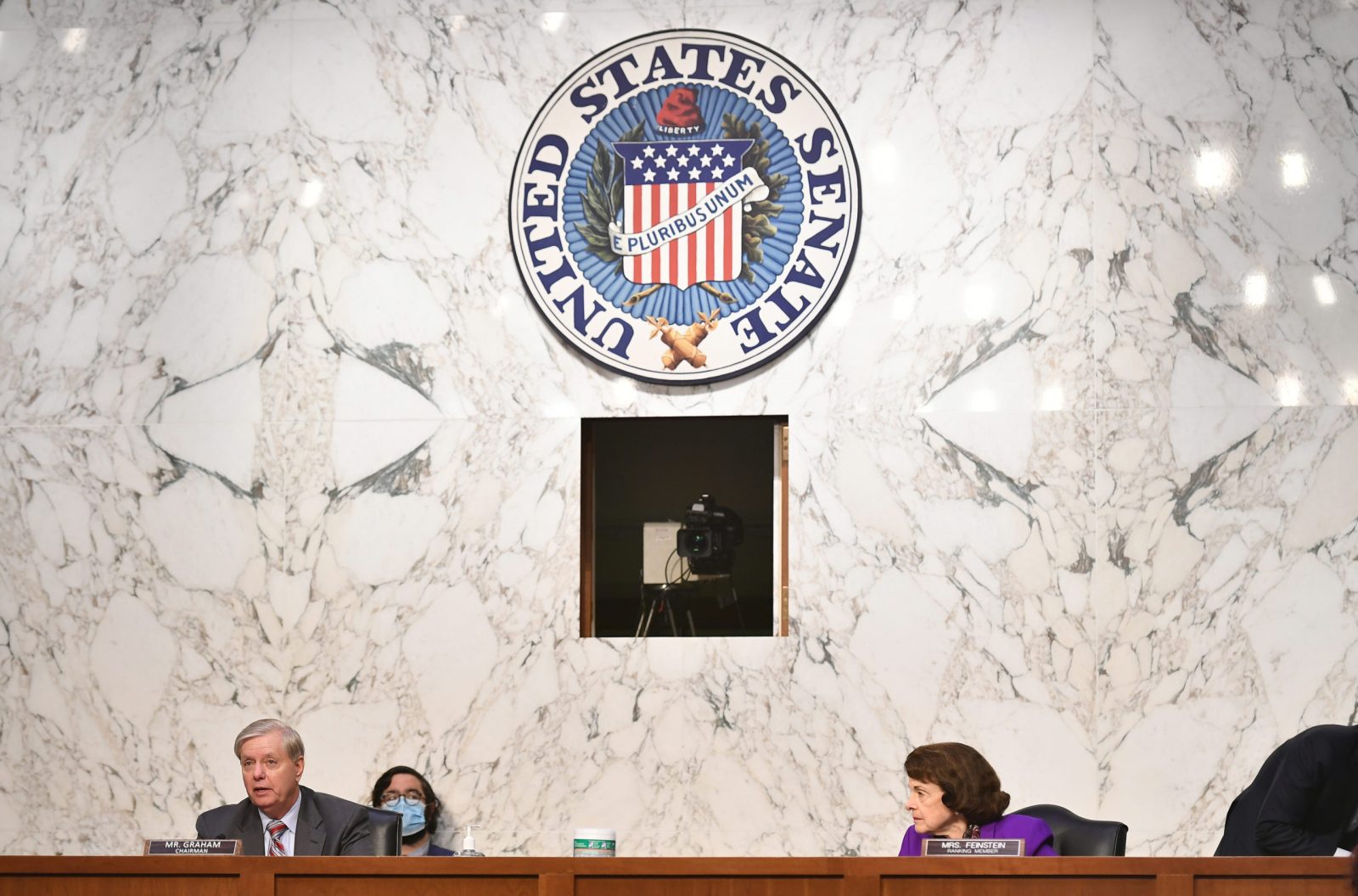 The fourth and final day of the committee’s confirmation hearing for the conservative appellate judge wrapped up with testimony from outside experts. Democrats protested what they called the rushed nature of the proceedings and complained that Barrett had sidestepped questions about presidential powers, abortion, climate change, voting rights and Obamacare.

Republicans are aiming for a final confirmation vote on the Senate floor by the end of October following next week’s committee vote.

“I believe that this rushed, sham process is a disservice to our committee,” Democratic Senator Richard Blumenthal said. “She has been rushed in a way that is historically unprecedented … and the purpose of doing it is simply to have a justice on the Supreme Court, as the president said, to decide the election and to strike down the Affordable Care Act.”

The Republican president has asked the Senate to confirm Barrett before the Nov. 3 U.S. election in which he is seeking a second term in office. Trump has said he expects the court to decide the election’s outcome.

With Republicans holding a 53-47 Senate majority, her confirmation seems assured. Barrett’s confirmation would give the Supreme Court a 6-3 conservative majority. Barrett, 48, could serve for decades, alongside Trump’s two other Supreme Court selections, Brett Kavanaugh and Neil Gorsuch.

“There is no way you will ever convince me that Amy Coney Barrett is not qualified, using any reasonable standards of qualification,” said Republican Senator Lindsey Graham, the committee chairman.

Barrett answered questions from senators during marathon sessions on Tuesday and Wednesday. Outside witnesses testified in favor and against Barrett’s nomination on Thursday. Barrett was not present.

Despite some tense moments, the hearing was conducted largely with a congenial tone. It stood in contrast to the Kavanaugh’s contentious 2018 confirmation hearings in which he angrily denied sexual assault allegations.

At the end, Graham told the Democratic senators, “You have challenged the judge, you have challenged us, and I accept those challenges as being sincere and not personal. I don’t think anybody crossed the line with the judge in terms of trying to demean her as a person.”

The committee’s top Democrat, Senator Dianne Feinstein, praised Graham for the manner in which he conducted the hearing. Feinstein and Graham then hugged at the end of the hearing. The liberal activist group Demand Justice afterward called on Feinstein to step down as the committee’s ranking Democrat.

The committee heard from two representatives from the American Bar Association, a national nonpartisan lawyers’ group that deemed Barrett “well qualified” after an evaluation of her “integrity, professional competence and judicial temperament.”

Democratic senators again raised a number of misgivings about Barrett’s potential votes on the Supreme Court on matters ranging from gun control to criminal justice matters, and expressed concern that she avoided answering many critical questions including whether a president can delay an election and queries related to transitions of power.

“What was the purpose of this hearing if we’ve reached the point now where we really don’t know what she thinks about any issues?” Democratic Senator Dick Durbin asked.

“I would be afraid to ask her about the presence of gravity on Earth. She may decline to answer because it may come up in a case – you know, it could come before the court some day,” Durbin added.

Democrats were upset that Senate Republicans proceeded with the confirmation process for Trump’s nominee so close to an election after refusing to act on Democratic President Barack Obama’s 2016 Supreme Court nominee because it was an election year.

Democratic Senator Amy Klobuchar said Americans want the winner of the election to decide who fills the court’s vacancy created by the death of liberal Justice Ruth Bader Ginsburg.

If confirmed, Barrett could be on the Supreme Court in time to participate in a Nov. 10 case in which Trump and Republican-led states are seeking to invalidate the 2010 Obamacare law, formally called the Affordable Care Act.

(Reporting by Andrew Chung in New York and Lawrence Hurley and Patricia Zengerle in Washington; Editing by Will Dunham)