Covid-19 grant extension is a lifeline for asylum seekers 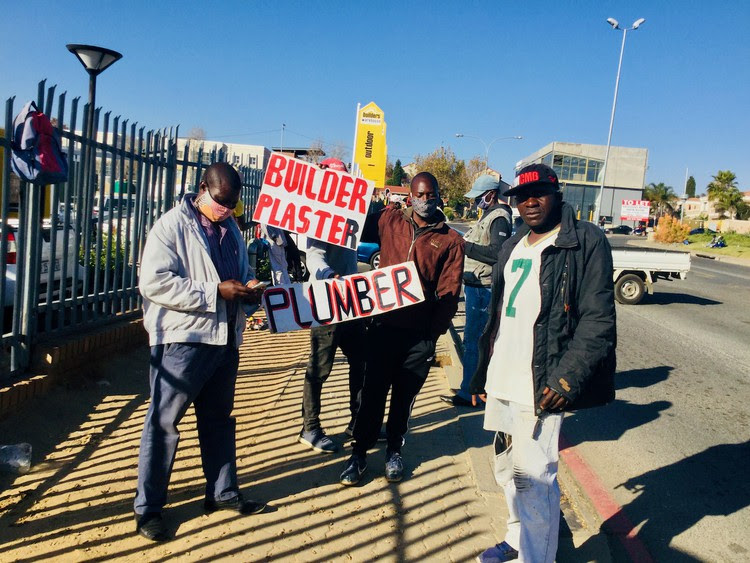 More than 7,000 have applied since August.

On Thursday, President Cyril Ramapohsa extended the Covid grant by another three months. This will come as a lifeline for many asylum seekers and special permit holders from Lesotho, Angola and Zimbabwe who were excluded for months from the social relief grant and who are now waiting for their grant applications to be processed.

On 19 June in the Pretoria High Court, Judge Selby Baqwa ruled that the R350 Special Covid-19 Social Relief of Distress grant must be extended to special permit holders and asylum seekers.

Asylum seekers and permit holders had not qualified for much of the Covid aid, food parcels and support extended by the government, and have been struggling.

Spokesperson for the South African Social Security Agency (Sassa) Kgomoco Diseko said the department has now created a comprehensive separate web application channel for asylum seekers and permit holders, after extensive consultation with the Department of Home Affairs and the Scalabrini Centre. “Final testing was undertaken with clients from the Scalabrini Centre whereafter the application channel went live on 3 August 2020.”

But payment is only done from the month in which the person successfully applied. With grants set to have ended in October, the latest extension will now come as a relief.

So far 5,444 asylum seekers and permit holders who applied using ID numbers were paid as it was easier to process their applications, according to Diseko.

“While no payments have yet been made, Sassa strives to pay the qualifying applicants as soon as possible after the income validations have been completed. It is critical for Sassa to be able to confirm that the right people receive the money, as all payments are audited.”

“At this stage it is unfortunately not 100% clear how long this will take as Sassa is working with other organisations on this matter. However, Sassa is working diligently to expedite this process,” said Diseko.

“Since lockdown began we have assisted about 20,000 individuals with food relief, trauma counselling and livelihood support. Many of the beneficiaries we assessed claimed they were unable to access Unemployment insurance Fund (UIF) and the R350 Covid-19 grant,” says Gahlia Brogneri, director at the Adonis Musati Project, which has given food assistance to Zimbabweans, Congolese, Burundians, Somalis, Rwandans, Malawians, Tanzanians, Cameroonians, Ugandans, Angolans, Ethiopians, Kenyans, Mozambicans, Senegalese, Nigerians, Zambians and South Africans.

“In the first few months we had up to 300 requests for help per day, but currently we are receiving about 200 per week urgently requesting assistance,” she said.

“Since March, social workers have manned an emergency helpline. People send a WhatsApp or SMS with their request and an assigned social worker calls them back and does an assessment. People also reach us via email, Facebook and through our office telephone.”

Brogneri said many asylum seekers and permit holders lost their livelihoods during lockdown because of the nature of the industries they were working in. Many who lost jobs have been told not to return or that their job would be given to a South African.

“The situation has heightened already high levels of stress experienced by foreign nationals and as tensions increase due to poor service delivery and scarcity of jobs and resources, many fear there will soon be further outbreaks of xenophobia,” she said.

“Due to the lack of income, they are having to cut down on all non-essential items such as meat and fish, some toiletries, clothes, blankets, cleaning products, airtime and data, movement and travel. Mothers have had to cut down on nappies and clothing for children as well as items needed for school,” she said.

She said none of the refugees had been able to return due to the pandemic, but they had received many requests lately from refugees who wanted to be repatriated to their original countries. She said they referred them to the United Nations High Commissioner for Refugees (UNHCR). DM