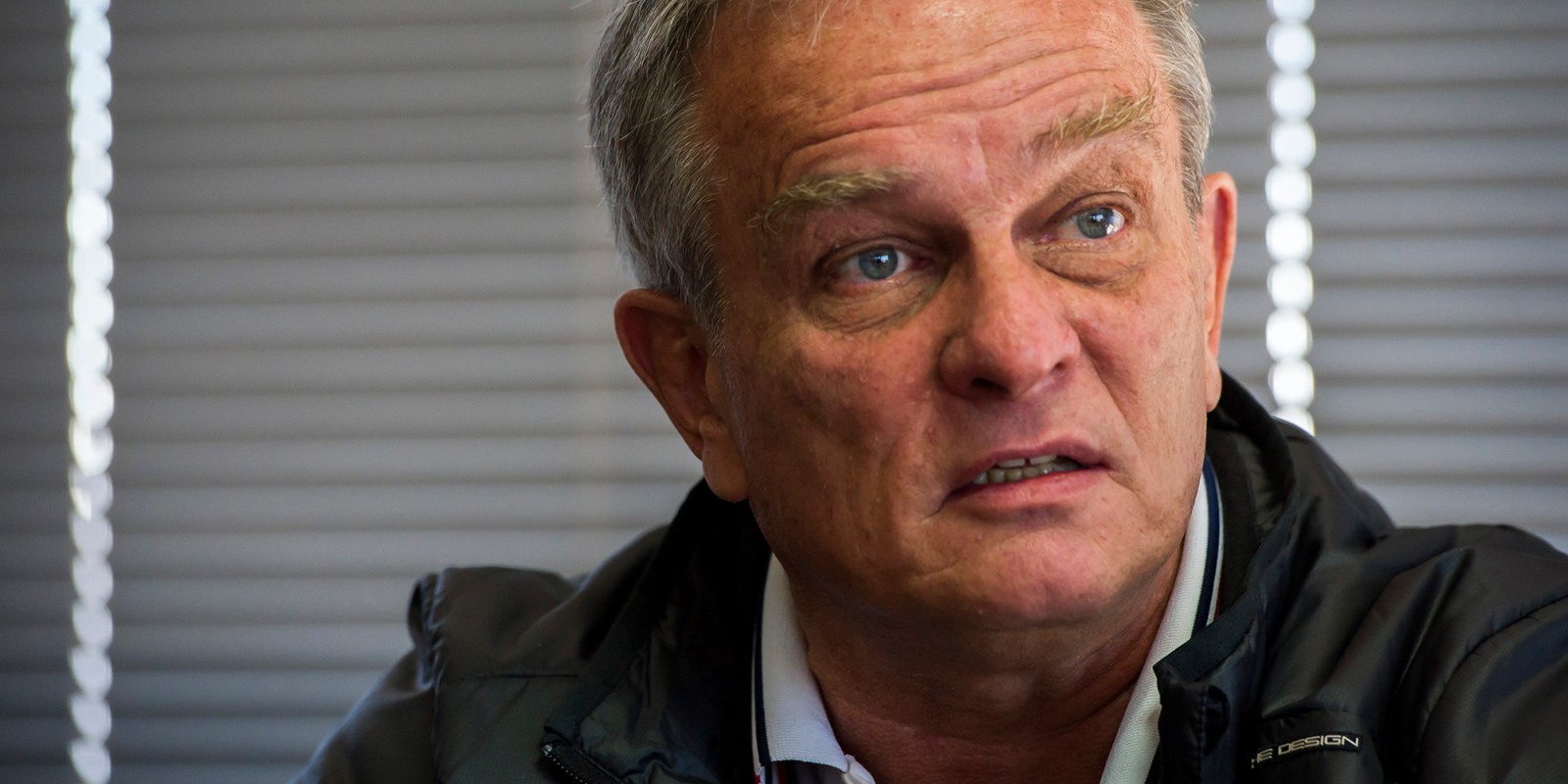 Mark Barnes, executive chairman of the Kisby Fund and Purple Group, established capital is in a feedback loop, supporting only those people and companies within the system. (Photo by Gallo Images / Rapport / Deon Raath)

The Kisby Fund aims to create a new investable asset class: small and medium-sized enterprises. In the process, its founders hope to create jobs, provide people with dignity and give South Africans a reason to hope. It’s no small task.

In one of Sandton’s glitzy office towers, looking out across the M1 highway to the densely populated township of Alexandra, home to almost a million people, Mark Barnes, executive chairman of the Kisby Fund and Purple Group, muses: “That is simultaneously the future of South Africa’s economic growth and precisely what is wrong with South Africa’s economy.”

When listed companies start investing in shiny head-office properties in Sandton rather than in new or existing business opportunities, you know something is wrong.

Barnes has been voicing his frustration about the exclusivity of South Africa’s economy for years, and most famously tried to do something about it as CEO of the SA Post Office.

Since being blocked from incorporating Postbank into the Post Office and using its network to extend financial services deep into the heart of the country, Barnes has moved on to a new project: to make small and medium-sized enterprises (SMEs) the most investable and attractive asset class in South Africa.

For decades, equities, bonds and property have been the gold standard for investors – and they have delivered handsome returns. But this is changing, he says, and investors need to be alert to other opportunities if they want to protect returns.

“If you want to be in the next game, the gap is in the real economy, which has inappropriate, if any, access to capital.”

Ideally, within three years, South Africa’s capital allocators will have between 10% and 20% of their assets invested in this “real” economy. By this he means invested in medium-sized, unlisted businesses that have the potential to grow and create jobs.

“Our economic system is entrenching economic inequality, and if we do not change this, revolution will be the end game,” he says in his inimitable style.

Barnes and Fatima Vawda, CEO of 27Four Investment Managers; Sean Emery, CEO and co-founder of Rainfin Credit marketplace and non-executive director of 4AX Debt Services; and Warren Wheatley, founder and CIO of Lebashe Investment Group; have rolled up their sleeves to establish the Kisby Fund.

The fund was launched in June and aims to raise R5 billion (over several investment rounds) to invest into hundreds of medium-sized businesses which, with capital, experienced oversight and “a bit of hugging”, have the potential for exponential growth. In the process, the founders hope to create jobs.

In fact, jobs are the primary goal and one of the selection criteria will be a company’s ability to create them. The team believes it has developed an offering which, aside from providing investors with an attractive return, can be scaled to provide a “mass lending” solution.

If a company is worth the investment, we will do what it takes to ensure it is compliant and presentable by the time it reaches the investment committee.

The first rung on the ladder is reach — provided by Arena Holdings, which is owned by Lebashe. Using newspapers, such as the Sowetan, Business Day and The Herald, the Kisby story can be circulated far and wide.

The next rung is assessing potential clients for creditworthiness. Here technology is vital. 4AX Debt Services runs a technology platform that will automate the initial due diligence process. The tech will not crunch details such as an owner’s ability to sign personal surety for the loan, but rather crunch cash flows and growth prospects. Assuming a loan is provided, it will provide a daily dashboard monitoring the health of an investee company’s cash flow and financial performance.

From there, a prospective company is assessed by the fund’s seven-person investment committee, which has a range of skills, from Barnes’s 35 years in the financial services industry, to Jennifer Chetty-Feinberg’s corporate finance expertise and Andile Khumalo’s entrepreneurial flair.

Companies that make it through this round will be presented to funders for a final investment decision.

While Kisby is primarily a debt fund, there is no one-size-fits-all funding approach, with debt (and equity-like debt) blended according to the needs of each business. In all cases, though, finance will be provided at more attractive terms than that available from banks, microlenders or private equity. Loans will range from R1-million to R100-million, with the balance likely sitting between R10-million and R15-million.

Barnes is determined the fund will support the “neglected” economy, be it formal or informal. At the same time, companies need to be compliant with South Africa’s laws and regulations.

“If a company is worth the investment, we will do what it takes to ensure it is compliant and presentable by the time it reaches the investment committee,” he says.

Anyone who has worked in this space will tell you that working with SMEs — or even mid-sized companies — can be time-consuming, but Barnes is confident Kisby has the capacity.

“We are full up with mentors,” he explains. “People are phoning us, offering their skills and support. We will surround our SMEs with support.”

So have funders come to the party?

Fund-raising takes time in this environment, and people are nervous about stepping away from traditional — read “safe” — investment orthodoxy. That said, discussions are under way with four or five funders and the Kisby Fund will have its first close before the end of the year.

And the SMEs? Are they there? Of this Barnes has no doubt. DM168