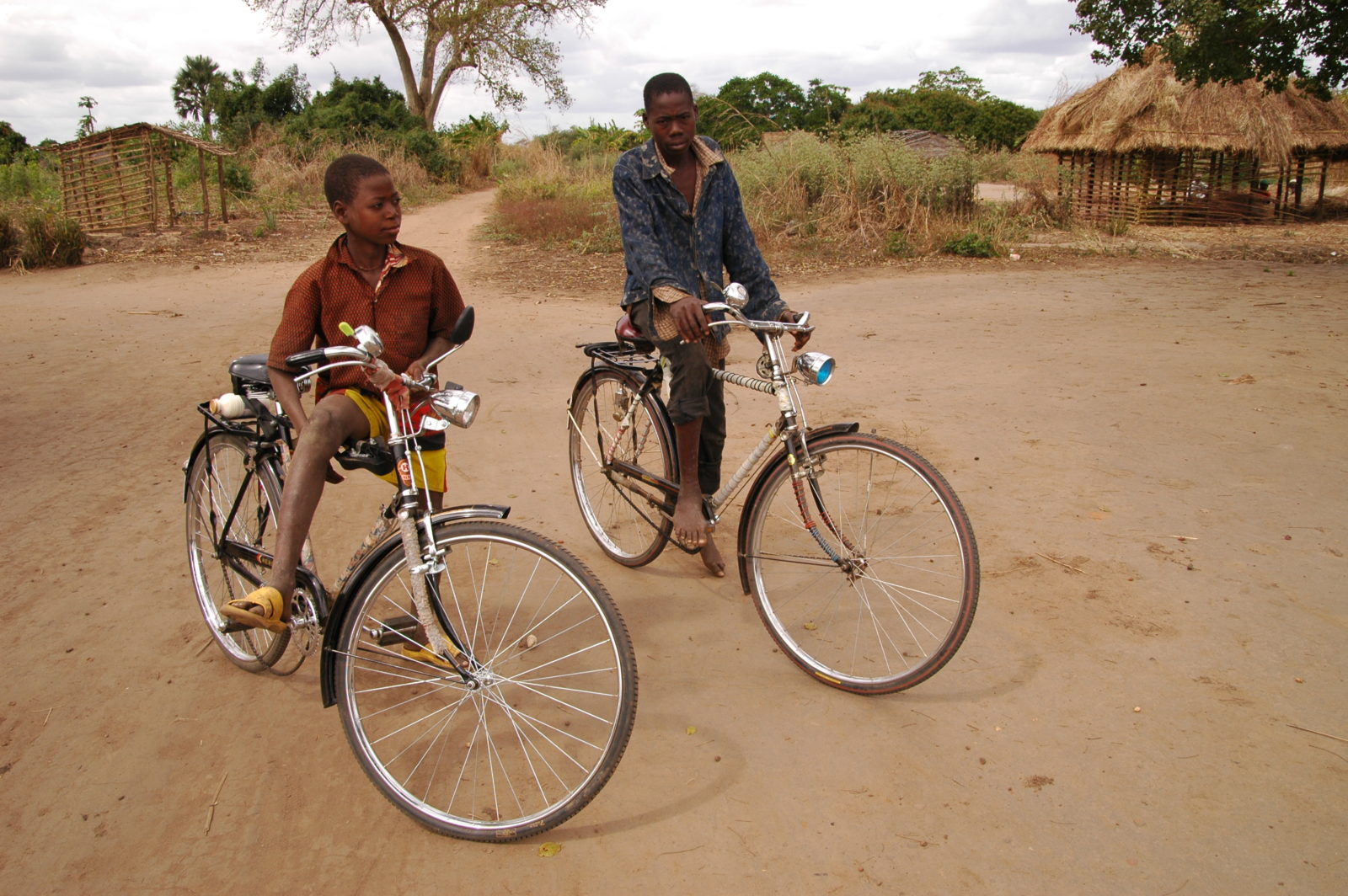 Angus Begg recounts the time he travelled to this sprawling game reserve, where Hollywood actors John Wayne, Gregory Peck and friends used to party in the 1950s and 60s.

Banking low over the thick spring-green woodland, packed like a sponge against the walls of a gorge lined with trees, the exhilarating rush of discovery blows in through the open door of the chopper.

We are deep in central Mozambique. There are no roads below. The helicopter is eating up kilometres of waving savanna, skimming fast over thick woodland and vast wetland channels.

We are filming an insert for South Africa’s premier investigative TV magazine programme on what I have convinced the executive producer is a remarkable story; the resurrection of a once significant game reserve where Hollywood actors John Wayne, Gregory Peck and friends used to party in the 1950s and 60s.

Below, hippos yawn in angry defiance in the water. Waterbuck leap, their coats heavy with water, and herds of sable veer left and right as one, marshalled by a large male.

So we’re finally here, I say to myself as we land on the granite head of the gorge after a 20 minute flight, Gorongosa National Park…

I came upon destination Gorongosa, occupying 4,067 square kilometres of central Mozambique, at a travel trade show in Durban. The pictures on the little booth in the Mozambique section revealed photographs of mountains and vast floodplains, canoes on a river and hippos, lions and the smiling faces of villagers: images of what I would come to believe over the next decade to be the most compelling emerging destination in Africa.

They were the first pages of the unfolding story of one man’s passion for nature, people and making a difference. Greg Carr, an American philanthropist from a well-heeled Idaho family, had chosen to spend a significant sum on the park.

As Carr told Travel Africa magazine in 2015, “I’m a big believer in the spirituality of nature… I mean, when the deepest part of you connects to a love of nature and the great outdoors.”

With one hand, he had founded the Carr Centre for Human Rights at Harvard University in Massachusetts. With the other, he funded the resurrection of Gorongosa to the tune of about $50-million. And it wasn’t just about the wildlife.

Carr sees the development (and dignity) of people in tandem with conservation as critical. On that shoot, I saw and felt how easily and genuinely he connected and engaged with the local communities, over the 25 or so years of his involvement – creating a sense of identity and purpose in the local areas surrounding the park, where orange Gorongosa T-shirts are worn as symbols of pride.

This is in stark contrast to the 15 years (1977-92) of bitter and relentless Frelimo-Renamo conflict that had left the region impoverished.

Among the tasks facing Gorongosa’s rural communities was to rebuild not only themselves, but also this once famous national park, where some of the Hollywood set would come in the early 1960s to decompress from partying in the then Lourenco Marques’ (now Maputo) iconic Polana hotel.

Carr is of the firm conviction that, if a tourism project is to be successful, communities neighbouring a game reserve or national park have to be recognised and developed in tandem with conserving wildlife.

So plentiful were the wildlife numbers that early visitors to the Park had referred to it as ‘the place where Noah left his ark’.

Hailing from the area, Gaby interned for a year in 2017 on Gorongosa’s paleo-primate project. The following year she started her training as a guide in South Africa.

“Being a guide had a big impact on my family and friends. It’s rural here where we live next to the park, but still with distractions, and parents have their worries about their children’s education. My mother especially was very happy because I had this opportunity, and got hired as a fulltime employee at Gorongosa national park.”

With wildlife numbers up from 10,000 in 2010 to 100,000 today, there can be few finer places – walking or driving – to conduct a safari. Indeed, so plentiful was the game that early visitors to the park referred to it as “the place where Noah left his ark”.

Guiding is on hold for Gaby after she recently enrolled at Boise State University in Idaho, where she was accepted to study business administration and management. “To one day be more than a guide,” she tells me over Facebook from the US.

Images on her Facebook page show her in Idaho with both Carr and Matt Jordan, Gorongosa’s director of sustainable development in the national park. Both are clearly proud of this young rural Mozambican woman embarking on a journey many of her compatriots can only dream of.

“From my perspective, Greg is driven by a vision of the future,” says Jordan. “In his vision, the 200,000 people living around the park are thriving… The girls are all in school and can grow up without the risk of being married off.”

Gorongosa’s commitment to the upliftment of women in a traditionally patriarchal environment is reflected in one of the coffee brands being produced by what has become known as the Gorongosa Project.

From medium to dark roast beans, Girls Run The World sits alongside Elephants Never Forget and Speak for The Trees. Gabriella’s colleague, Dominique Gonçalves, was also born near the park in the year the war ended.

“My mother worked for the Red Cross during the war and she still tells me stories about the suffering of the people.”

Gonçalves, who is busy with a PhD by correspondence at Kent University in England, manages the park’s elephant ecology project. She notes that the Rio Earth Summit was also held in 1992, the year she was born.

“Two themes emerged; they explain (a) why we need national parks and (b) how to manage them. First, Rio delegates acknowledged that we are destroying the planet… that we are causing a mass extinction of species, and that if ecosystems fail, human economies will go down with them.

“Second, the Rio Summit set forth a guiding principle that indigenous people who live inside national parks and other protected areas can be a crucial part of the solution.”

Zimbabwean-born Test Malunga works with Gaby and Dominique, and would like to see himself as part of the solution. Currently working as activities manager at Gorongosa, Malunga started studying hotel operations and management in Zimbabwe before discovering, while doing his practicals at a game lodge, that “I have always been an outdoor person, hence guiding was the best area for me”. That was 17 years ago.

We call this ’Transformative Tourism’ and we aim to create an experience that transforms the guests and the communities we work in.

In that time, Malunga has worked mostly at Addo Elephant National Park and private game reserves in the Eastern Cape and Waterberg, qualifying as a field guide specialising in birding. It is a valuable skill in the avian paradise that is Gorongosa, considering that birding enthusiasts will travel almost anywhere to satisfy their checklist lust.

This time has prepared the 40-year-old Zimbabwean to manage activities at this vast national park, where he has been for three years now.

Beyond the ubiquitous game drives and walking safaris, Malunga cites a list of new activities for guests, among them canoeing on the Pungwe river, boating safaris on Lake Urema, visits to the waterfalls and coffee farm on Mount Gorongosa and cycling among communities south of the park.

Looking ahead, Malunga speaks of birding safaris to the rain forest on Mount Gorongosa and expeditions to the remarkable limestone gorges and caves I flew over on that very first visit in 2007.

Matt Jordan, who leads the organisation’s “rainforest coffee” and eco-tourism projects as part of his sustainable development portfolio, spoke of Carr’s philosophy of communities and tourism being essential to the future of conservation.

“We call this ‘transformative tourism’ and we aim to create an experience that transforms the guests and the communities we work in. We are already starting to see this with the training of community guides; individuals who are being given a platform to tell their story – the stories of the rivers, the trees, the names of places, the changes over time.”

The stories told by local characters are, unsurprisingly, a powerful thread in the Gorongosa narrative.

“I recently walked with one of these folks in Mount Gorongosa, and he told me the names of rivers and the history behind them. Rivers I had crossed hundreds of times, but this person now had a platform and we had a new way to amplify his voice.

“The whole experience was incredible and unforgettable”.

This young man with an engineering background and service in the Peace Corps says he has found his home in Mozambique, and clearly a sense of purpose too.

“The Gorongosa Project is perhaps the greatest wildlife restoration story ever told.”

With Chitengo camp fully restored, offering accommodation ranging from luxury suites to camping, and another camp due to open in early 2021, Gorongosa is a positive story in progress.

The borders with South Africa have just opened and a number of airlines are flying into Maputo. Africa’s most exclusive storytelling safari destination will soon be ready to welcome Africa enthusiasts in search of a rarely visited destination and compelling tales. DM/ML

Angus Begg is a private tour guide, media strategist and former producer of Carte Blanche. He is behind the first TV insert on Gorongosa (the restoration of) since the 1960s. To watch the insert, click here. You can visit his website here.