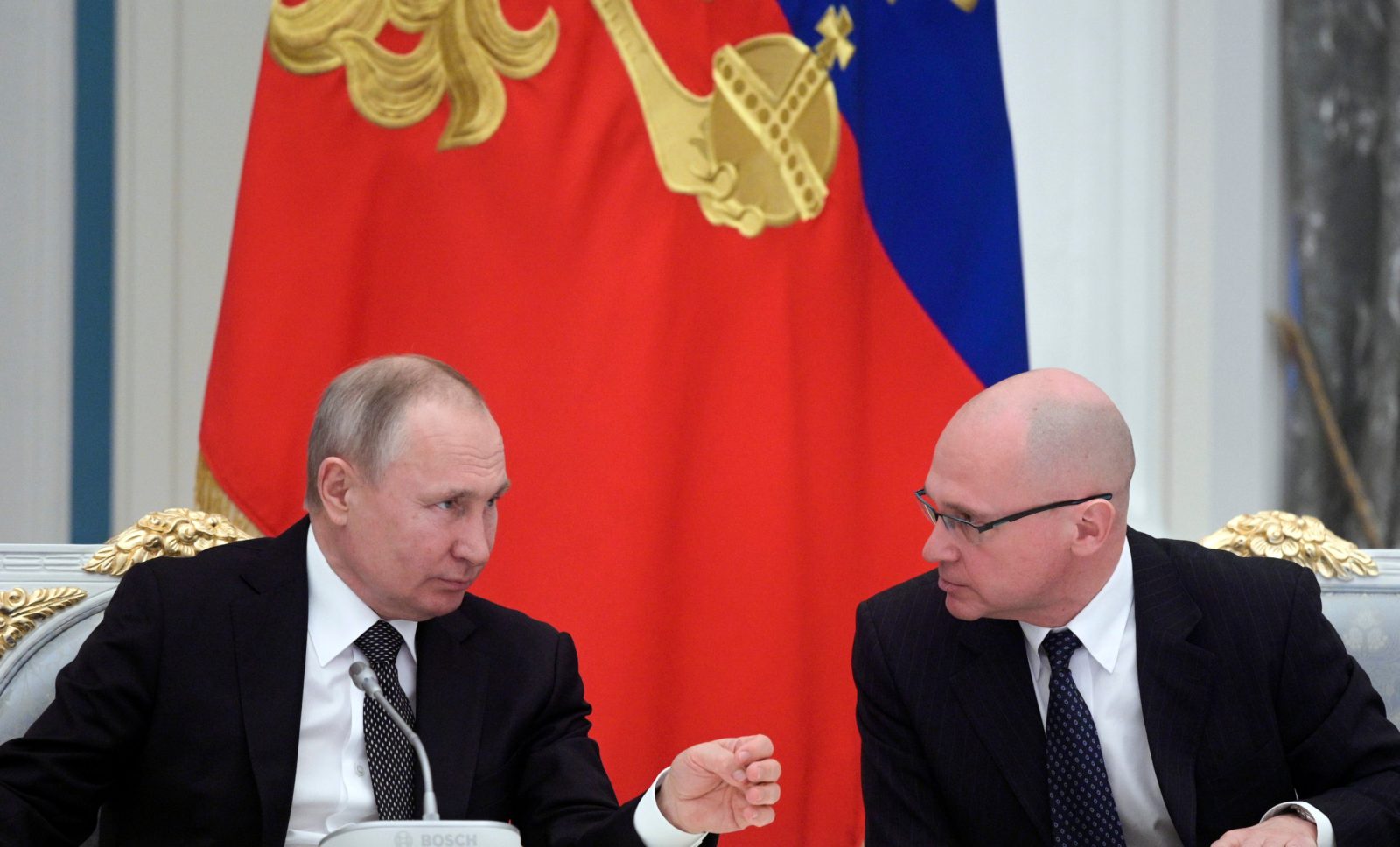 epa08746822 (FILE) - Russian President Vladimir Putin (L) talks to First Deputy Chief of Staff of the Presidential Office Sergei Kiriyenko (R) during a meeting with members of the working group on proposals for amendments to the Russian constitution, in Moscow, Russia, 26 February 2020 (reissued 15 October 2020). The European Union puts Director of Russia's FSB Alexander Bortnikov, First Deputy Chief of Staff of the Presidential Administration Sergei Kiriyenko and four other high-ranking Russian officials on the EU's blacklist against Russia over the alleged poisoning of blogger Alexey Navalny, the Council of the European Union said. EPA-EFE/ALEXEI DRUZHININ / SPUTNIK / KRE MANDATORY CREDIT

Pushed by France and Germany, where Navalny was treated after collapsing on a flight from Siberia, the EU and Britain targeted six Russians and a state scientific research centre.

The Kremlin condemned the sanctions as a deliberate and unfriendly step against Moscow and promised retaliation.

Unlike the poisoning of a former Russian spy in Britain in 2018, when the EU took almost a year to sanction military intelligence agents, the bloc targeted officials it believes planned and helped carry out the poisoning.

Despite Britain’s departure from the EU, London is still coordinating some sanctions with the bloc, in part to avoid allowing those targeted to move their assets, diplomats say.

The State Scientific Research Institute for Organic Chemistry and Technology was also sanctioned.

“The deployment of a toxic nerve agent of the Novichok group would … only be possible due to the failure of the Institute to carry out its responsibility to destroy the stockpiles of chemical weapons,” the Official Journal said.

Moscow has rejected accusations that Navalny was poisoned with a Soviet-style Novichok nerve agent in an attempt to murder him and has said there were no grounds for sanctions.

Kremlin spokesman Dmitry Peskov said there was no logic to the decision and the sanctions had harmed relations.

Russian businessman Evgeny Prigozhin, who has been indicted in the United States for interfering with the 2016 U.S. elections, was also separately sanctioned by the EU, accused of breaking a United Nations arms embargo on Libya.

The travel bans and asset freezes confirmed a Reuters report on Wednesday.

Paris and Berlin say they have not had a credible explanation from Moscow for what the Organisation for the Prohibition of Chemical Weapons said was Novichok in Navalny’s body.

In the 2018 British case of the poisoning of Russian double agent Sergei Skripal and his daughter, traces of Novichok were also found.

Navalny is recovering in Germany. (Additional reporting by Sarah Young and Guy Falconbridge in London and Alexander Marrow and Dmitry Antonov in Moscow Editing by Andrew Cawthorne and Giles Elgood)