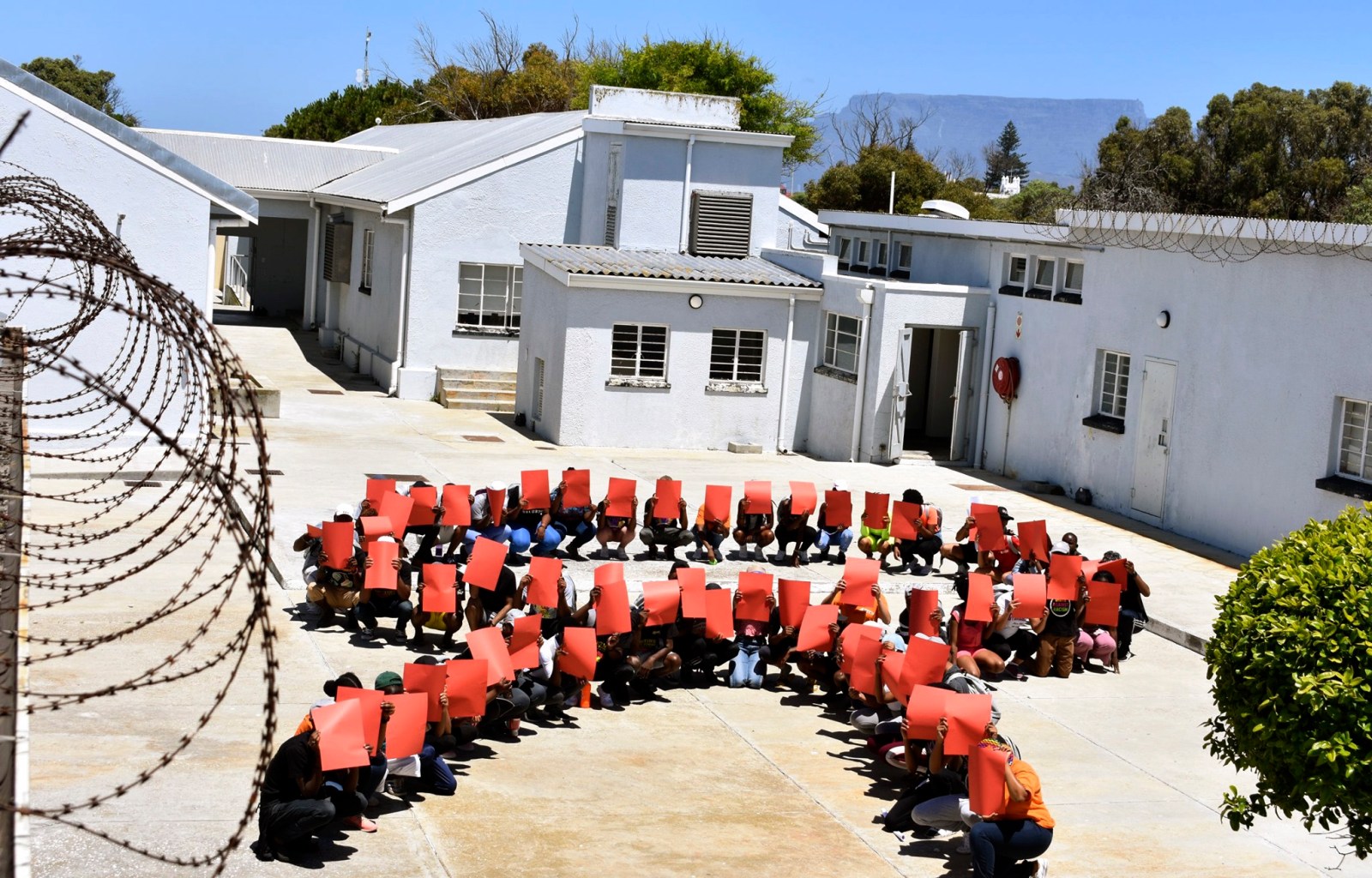 Like many civil society organisations, the Ahmed Kathrada Foundation is facing financial difficulties. One of its programmes aims to catalyse young leadership in poor communities through a network of 100 Youth Clubs. In this feature, Maverick Citizen is publishing a series of articles by young people, for young people. They are appealing for the legacy of Ahmed Kathrada to be honoured by preserving his values and principles.

Hope has come in the form of 15 to 25 year olds and future leaders in the making walking in the footsteps of giants.

In 2016, I walked into the offices of the Ahmed Kathrada Foundation in Lenasia. I was in my third year of studies in public relations and communications.

It felt like a lot of work needed to be done in order for our country to move and rise above our problems. But I never stopped to ask what role I as a young person could play in advancing the work.

Four years into the Kathrada Youth Clubs programme, I look back and realise how my lack of understanding limited my growth, making me underestimate the invaluable contribution that I, as young as I am, can make. The foundation is one of the few structures that look past age, class or status – authentically listening to the voices of young people.

I have learned that the activist space is vast and dynamic. This is a place that I, as a young South African, wish to grow in.

I realised this as I began partaking in different initiatives that sought to transform the lives of communities who had lost hope and others who did not see the proverbial light at the end of the tunnel. Guess what? Hope has come in the form of 15 to 25 year olds, who are our future leaders. I was inspired by the anecdote of Ahmed Kathrada, who began his own activism at the tender age of eight, handing out anti-apartheid pamphlets.

Regardless of what form of activism people are involved in, there are two key components: a belief in certain ideas, ethics or morals, and doing something about it. I think all people have the capacity to be activists because we have at least a cause, belief or ethic that we hold dear and feel is important to humanity: Sometimes though, we don’t do anything about it.

There are countless examples of what grassroots activism and sustained efforts from civil society have been able to achieve for the people of our country. From the protests against pass laws to the historical defiance campaigns, the youth-led Soweto student uprising in 1976 down to the more recent victories of the Treatment Action Campaign in the fight against HIV/Aids and the #FeesMustFall movement in highlighting the needs of students who require access to higher education.

Faced with a dire situation, South Africans have been able to come together and take the first steps towards change: doing something about it.

Over the past two years, I have treasured my Kathrada Youth Club experience the most. I have been able to establish friendships with amazing young people from different communities in the south of Johannesburg. I have been to pass on what I have learnt from the Kathrada Foundation to my own community as a way of giving back and being selfless about the opportunities we are given.

I have come to realise that these spaces hold the potential to contribute to the development of individuals and society as a whole.

The groundwork has been laid. Young people are at the helm of finding solutions to embrace diversity while also showing compassion to the range of issues being faced by several others.

In a community sense, understanding your democratic rights, how to protect them and use your skills to better the lives of others creates a base for a more active citizenry. It feeds into the potential for communities to organise themselves around common issues and use their voices to effect meaningful change.

I believe that the hopes for a better country lie in the hands of young people, guided by those who have paved the way for us through collaborations far beyond race, gender, class, political affiliations and religion. It is through spaces such as the Kathrada Youth Clubs that we can begin to shift the pendulum in our favour, as citizens of our country, because we deserve leaders who have our best interests at heart.

Activism and civil society are tools of regaining and exercising power. If we cannot govern through putting our trust in the promises and ideas of elected officials, then we will govern by holding them to account and showing that we cannot – and will not – be silenced. DM/MC

Kabelo Kemp is the Youth Coordinator at the Foundation