What peace in Cabo Delgado means for Mozambique and its neighbours 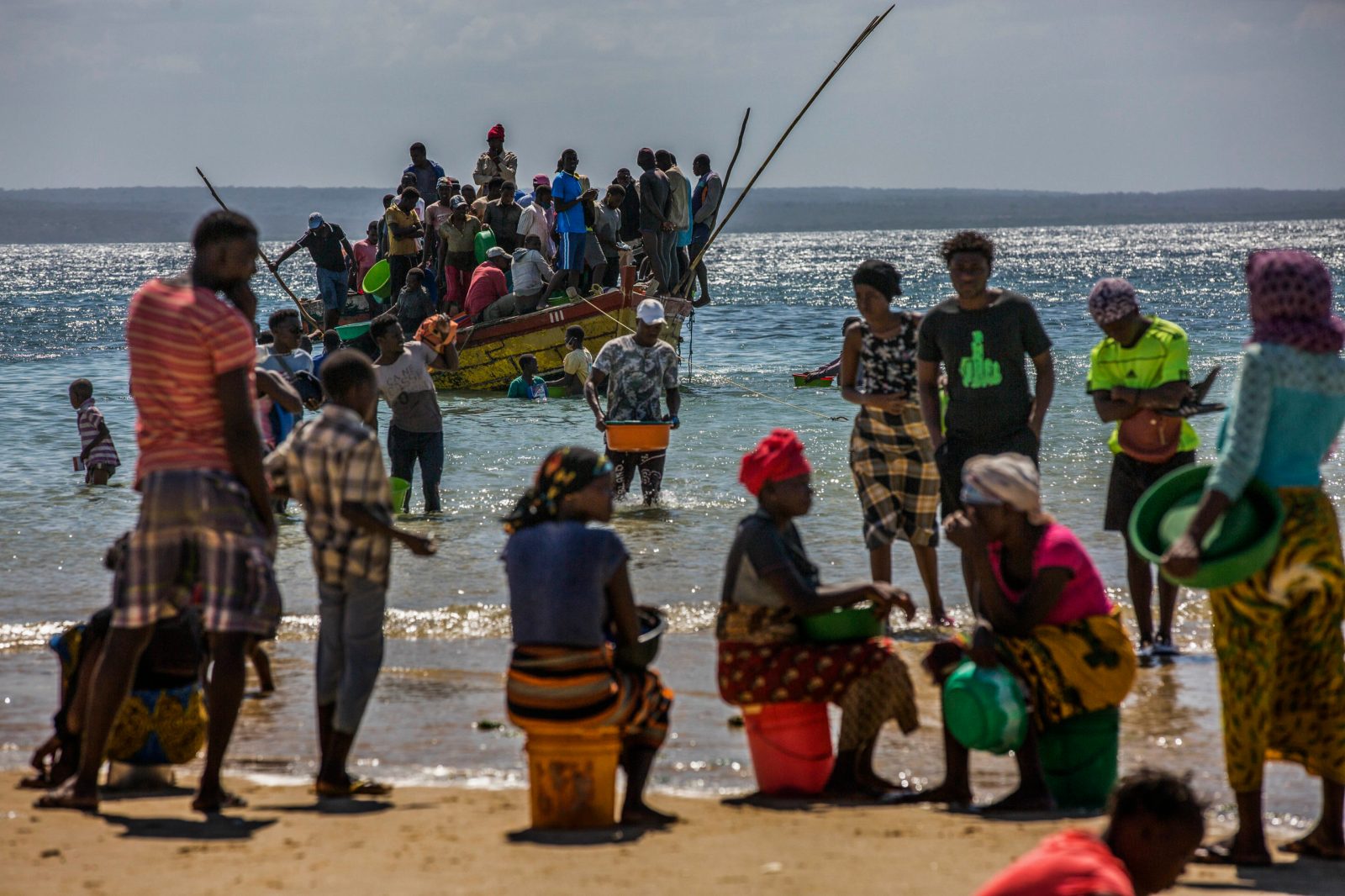 Passengers and cargo board a boat from a fishermen's beach that has become one of the main arrival points for displaced persons fleeing from armed violence raging in the province of Cabo Delgado, in the Paquitequete district of Pemba, northern Mozambique, 21 July 2020. EPA-EFE/RICARDO FRANCO

The benefits of huge liquid gas projects for Mozambique and the region are threatened by the insurgency.

In its assessment of the liquid natural gas (LNG) projects in northern Mozambique, the African Development Bank (ADB) says the investment could fuel industrial development in the country and the whole of Southern Africa. The projects could provide much-needed energy to the region and job opportunities in and around the Rovuma Basin, where some of the world’s biggest gas fields were discovered around a decade ago.

South Africa’s Standard Bank – one of the projects’ financers – says over 20,000 direct jobs will be created in Mozambique’s Cabo Delgado province. Infrastructure building has begun in the province and exports are expected by 2024.

The gas fields are up to 40 km from the coast from where it goes either via a pipeline to onshore LNG plants or an offshore floating LNG platform. There it is liquefied and transported to as far as Japan and Europe, or nearby South Africa, to be gasified.

However, several issues hamper the potential benefit of these gas projects, not least of all the violent conflict in Cabo Delgado. After a rise in brutal attacks on villages in the province, insurgents earlier this year occupied the strategic harbour of Mocimboa da Praia. The town of Palma is supposed to be transformed into a manufacturing hub housing hundreds of high-skilled workers, but is now threatened by insurgents.

The first major investment in the offshore LNG is going ahead, with the French company Total leading a consortium that has secured nearly US$20-billion in investment. However, the United States giant Exxon-Mobil’s final investment decision on its project has been postponed. This is partly due to the current security concerns.

The insurgency in Cabo Delgado is linked to Islamic State’s Central Africa Province and has so far not directly targeted the project site, but attacks are coming close. Earlier this year Total announced a joint security strategy with Mozambique’s government and the company’s CEO has called for more European involvement.

There’s been little response from the Southern African Development Community and the African Union. The European Union however recently agreed to provide financial and training assistance for Mozambique’s security forces.

Other options such as tackling the insurgency’s root causes by creating a development agency, or even giving cash grants to inhabitants to show they’re benefiting from the gas installations, are now being discussed. Some high-profile figures in Mozambique have proposed dialogue with insurgents.

A solution must be found fast, for the inhabitants of Cabo Delgado, and to ensure the economic development plans can go ahead. If the insurgency isn’t contained, the LNG contracts will probably continue due to the sheer size of the gas fields and the investment already made in the area. But the adjacent infrastructure and supply chain job opportunities will be on a smaller scale than planned.

At this point the resource curse – or the pre-resource curse that involves politicians banking on revenues long before the money starts flowing – seems inevitable. Tragically, most Mozambicans won’t benefit much at all.

Institute for Security Studies research on projected economic growth in Mozambique shows that a rapid rise in population, increasing inequality and limited access to basic services and infrastructure mean that much of this growth may not benefit the poor. “Even with a significant increase in gas production and growth, the absolute number of people living in extreme poverty is forecast to be nearly the same in 2040 as it is today.”

Together with the insurgency, several other challenges could see further investments placed on hold, with detrimental effects on Mozambique and the region.

First is the issue of the oversupply of LNG and environmental concerns around continued investment in fossil fuels. The NGO Friends of the Earth accuses governments such as France of turning a blind eye to an explosive situation in Cabo Delgado ‘at the service of the fossil fuel and arm industries.’

Gas experts however say LNG is the cleanest fossil fuel and a transitional source of energy as the world moves to renewables. The ADB, which is investing US$400 million in Mozambique’s LNG, says gas results in 50% less carbon emissions than coal-fired energy generation, one of the main sources of electricity in Southern Africa. The continent desperately needs to industrialise and will need energy sources such as LNG for manufacturing.

Second, there’s scepticism about the capacity of Mozambique and its neighbours to take advantage of the gas finds. For now, most of Mozambique’s gas is set to be shipped abroad to power European and Asian economies by the multinationals now putting up most of the money.

Africa Energy Chamber’s Executive Chairman NJ Ayuk says that while this might be true, ‘it is smaller projects at home, such as building compressed natural gas stations, liquefied petroleum gas bottling plants, cement factories, petrochemicals units and fertilizer trains that will determine whether Mozambique is set to embark on renewed economic growth, or on a true African success story.’

Initial plans for an “African Renaissance pipeline” from the Rovuma Basin in northern Mozambique to South Africa’s industrial hub in Gauteng is unlikely to happen due to the cost and insecurity. However Mozambique plans to build an LNG plant in Matola outside Maputo, from where gas could be transported via an existing pipeline to Gauteng, says Leigh Elston, a resource expert from Zitamar News in Mozambique. South Africa could also import the LNG.

The third issue raised by sceptics is the extent to which local beneficiation will be built into the Mozambique project. Most of the LNG equipment is sophisticated and job opportunities are highly skilled.

Roelof van Tonder, Director at Africa House, told ISS Today that given the guarantees built into the contracts between Mozambique and the oil multinationals, local beneficiation is required. Various export credit agencies worldwide are supporting the project, all of them fully understanding the need for local development, he says.

The Development Bank of Southern Africa has for example given Mozambique a loan to upgrade its energy supply network. South Africa’s Industrial Development Corporation is also supporting the project financially. This commitment by South African institutions means there is an interest to ensure supply chain job creation, says Van Tonder.

Given the huge potential in Mozambique and the dire need for jobs in the region, no efforts should be spared to contain the insurgency and tackle the root causes that drive Africans to join extremist groups. With the economic repercussions of Covid-19, no opportunity for job creation in Africa should go to waste. DM