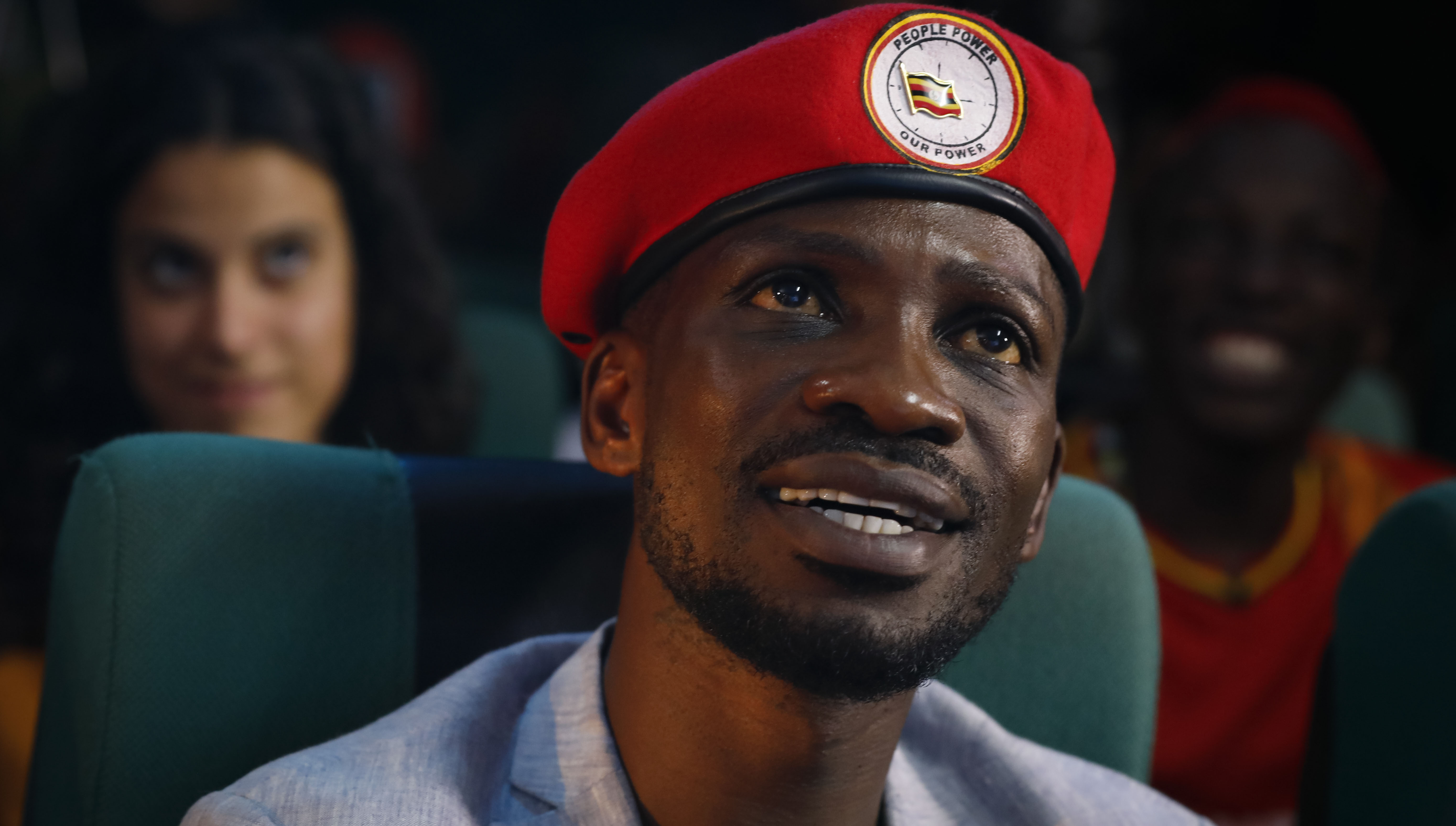 epa07089123 Ugandan musician-turned-MP Bobi Wine smiles during a discussion with prominent Kenayn political activist Boniface Mwangi in Nairobi, Kenya, 12 October 2018. A vocal Ugandan Member of Parliament Bobi Wine, whose real name is Robert Kyagulanyi, was charged with treason for allegedly stoning President Yoweri Museveni's convoy during a by-election in August 2018. Upon returning from US where he received treatment injuries he sustained during detention, he was re-arrested at the airport. EPA-EFE/DAI KUROKAWA

KAMPALA, Oct 14 (Reuters) - Ugandan presidential hopeful Bobi Wine, also a pop star and lawmaker, said on Wednesday security forces had raided his office and taken away documents, amid what the opposition says is a campaign of harassment by the government.

In a tweet Wine, whose real name is Robert Kyagulanyi, said the security personnel had also taken away other unnamed items.

“The military and police just raided our head office in Kamwokya. They have broken into offices and taken away valuable documents and other items. Some comrades have been injured. The partisanship of security agencies ahead of the election is stinking,” he said.

Wine aims to end Yoweri Museveni’s 34 years at the top of the east Africa country, which has made him Africa’s third longest-ruling president.

His youthful age and music has earned him a large following in the relatively young country of 42 million, rattling the ruling National Resistance Movement (NRM) party and drawing a security crackdown on his supporters.

Since expressing his presidential ambition, police and the military have repeatedly dispersed his rallies, beaten and detained his supporters.

Uganda is due to conduct its general elections around February next year. (Reporting by Elias Biryabarema; Editing by Alex Richardson and Alexandra Hudson)