The double danger that faces emergency medics: the deadly virus and attacks from communities 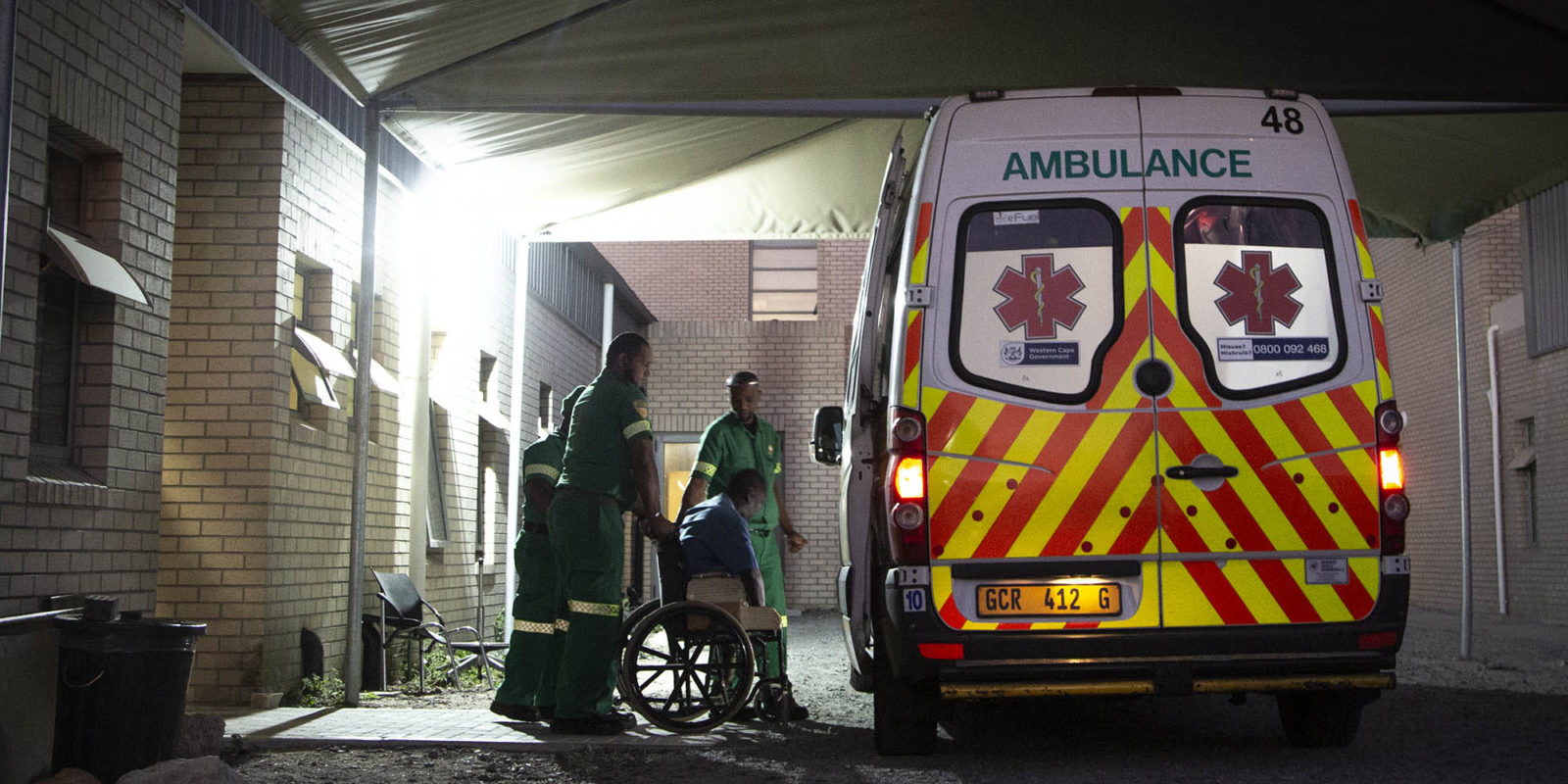 There have been 40 attacks on emergency medical staff in the Western Cape since the start of the lockdown. It’s become such an issue that provincial health authorities are looking into getting body cams for staff, said an official from the emergency medical services.

The Emergency Medical Services (EMS) in the Western Cape was “one of the first to respond to the [Covid-19] pandemic,” said Dr Shaheem de Vries, the Director of EMS in the province. But as the sector experienced 251 confirmed Covid-19 cases and four related deaths, it also experienced 40 attacks against staff since the start of the lockdown.

Addressing the Western Cape legislature’s health oversight committee on Thursday, 14 October, De Vries said preparations for Covid-19 had started in January 2020, when the first cases of the virus were identified in China. Staff were given training in the use of personal protective equipment as well as other training on how to handle specific cases. South Africa had its first confirmed cases in March.

De Vries said plexiglass was installed in vehicles, in addition to having specific Covid-19 retrieval staff to respond to suspected or confirmed cases. Other measures included using plastic seat coverings in ambulance vehicles and daily screenings were also introduced.

But while the staff were dealing with Covid-19, there were 40 reported attacks on EMS employees since the start of lockdown in March, De Vries said.

According to data tabled before the committee, most of the attacks occurred in hotspot areas. In a recent incident on Sunday 4 October, a crew was robbed of their personal belongings at gunpoint while waiting in traffic in Philippi, Cape Town. In these hotspot areas, known as “red zones”, EMS staff need to wait for police escorts before entering a high crime area in order to provide emergency health services.

De Vries described the 40 attacks as a “concern” and described some of the solutions to this included a safety forum with management and labour.

“In the city, a separate dispatch and communication desk has been set up just to monitor crews working in the so-called red zones,” said De Vries, adding that there was engagement with communities, law enforcement, local authorities and the Department of Justice on the issue.

Suggestions included CCTV in ambulance vehicles and the introduction of body cams for EMS, similar to what police use in the United States and that used by EMS staff in Australia.  When asked by member of the committee, Rachel Windvoegel, about the specifics of the body cams including costs and budgets, De Vries said it was difficult to assess the costs at this point, even though a tender had been issued for it.

While this idea might only be area specific at this point, De Vries replied with “we just don’t know what we can afford at this point”.

In 2017, GroundUp reported unions such as Health and Other Services Personnel Trade Union of South Africa (Hospersa) and its mother union Federation of Unions of South Africa (Fedusa) called for an indaba with police and labour departments to discuss occupational health and safety for workers. DM

Journalism and the pandemic: Searching for a silver lining within the many dark clouds