Behind the cover – Kanye West’s My Beautiful Dark Twisted Fantasy 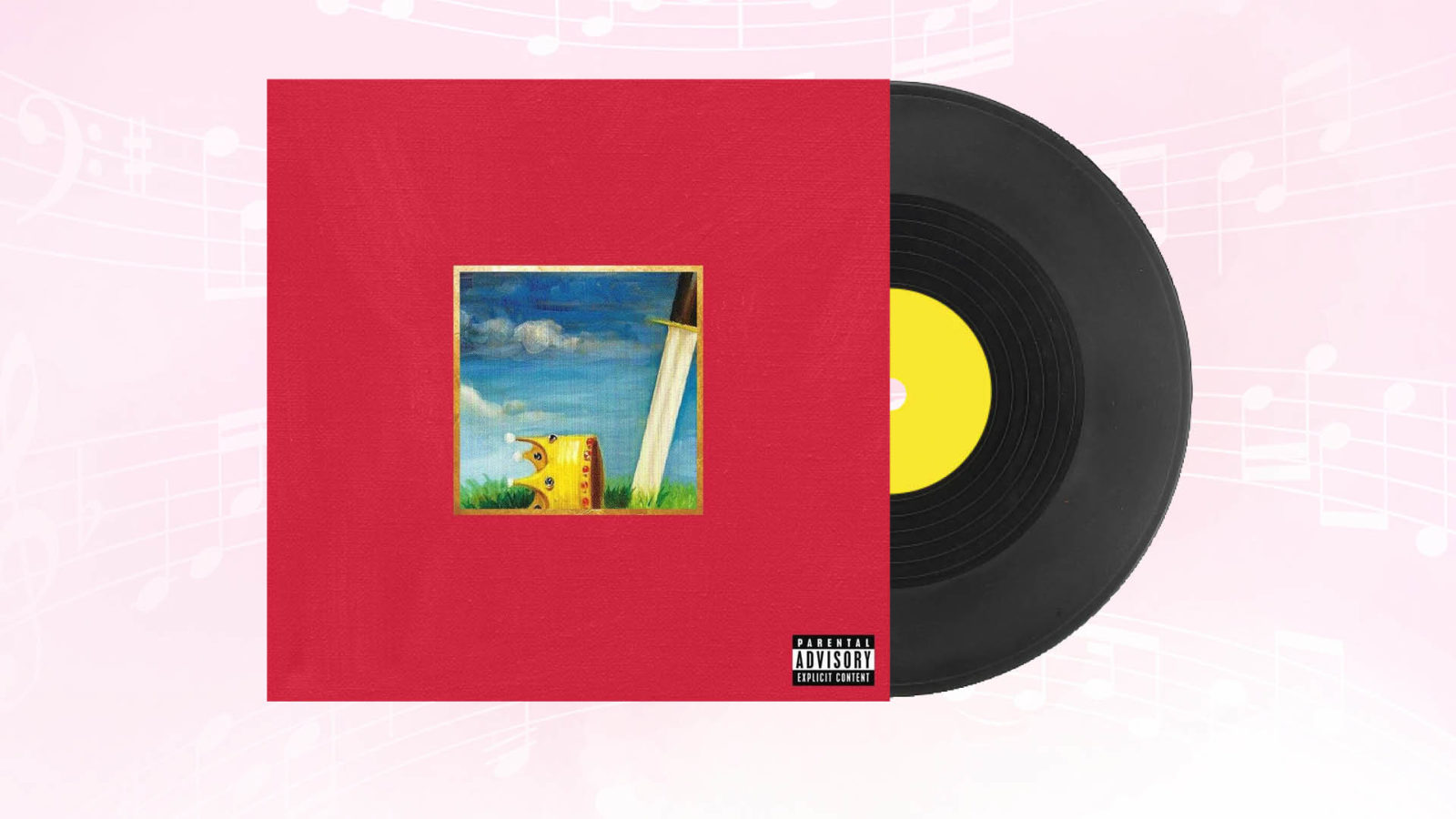 In the world of digital everything, album covers – like cassettes and vinyls – seem to be part of nostalgic music paraphernalia. And yet, they can be powerful social statements that deserve discussing.

Kanye West’s My Beautiful Dark Twisted Fantasy (MBDTF) was released on November 22 a decade ago. At the time, the music, along with the album cover’s artwork by American artist George Condo, stirred controversy and drew acclaim.

According to Metacritic, the album was given a collective rating of 94/100 from 45 reviews. According to the Billboard 200, it debuted at #1 with almost 500,000 copies being sold – and to cap things off, the album won a Grammy in 2012. In short, it was not only a hit, but it became a defining musical cultural event that still reverberates today.

Building up the hype

Of course, the opulent and innovative production, the album’s features and the striking artwork have played a huge part in creating hype around West’s MBDTF; but the cleverly crafted marketing campaign West called “the G.O.O.D Friday”, where every week he dropped free releases of the album, earned its place in the pantheon of memorable musical moments.

He also launched his video ‘The Runaway’ – with its striking colour palette, shots of ballerinas in black tutus… camera hovering over their head, and Kanye West standing at the piano, styled in a white blazer – just a month before the release of the album.

All the buzz and build-up came after a difficult period in Kanye’s life, with the death of his mother, Donda, and his infamous stunt at the VMA’s with Taylor Swift. This saw Kanye retreat to Hawaii, where a large part of the album was recorded.

In November 2016, Sidney Madden wrote on XXL that “Kanye sat in with artists from all genres for recording sessions and invited many to stay with him in the islands as his guest during the process”.

It was reported that it cost Kanye West around $3-million to make this album. And indeed, in 2014, Roger Cormier listed MBDTF as the 15th most expensive album in a list of “15 albums that cost a fortune to make”.

To many, this album was West’s greatest musical achievement to date. The artist seemed to have tapped into the pain he had been going through and transformed it into sound, collaborating with a plethora of musicians to create a unique record that seemed at once maximalist, overwhelming and distinctive.

Interestingly, it is also the very ability to dig into one’s personal traumas and demons and produce a musical feast that peppered the project with controversy, mainly around Kanye’s persona. Back in 2010, Logan Hill wrote in New York Magazine that Kanye West was a “demented genius”.

“It is in many ways pop’s event of the year… a stunning comeback for an artist whom many people had started to think of as more of a clown,” he wrote.

For context, West joined Twitter around the time he was working on this album – something that generated more chaos than meaningful engagement.

And then, there was the album cover.

In 2010, Condo told Vulture’s Dan Kois that Kanye West’s music was “new to him” and that he was more into old school rap – yet the two artists started to work together.

The five album covers’ artworks are dubbed, “Head with a sword”, “Ballerina”, “Naked sphinx straddling Kanye”, “A cubist style portrait of Kanye” and “Priest”, which depicts West dressed as a reverend with a similar cubist element to the artwork.

“Naked sphinx straddling Kanye” serves as the main cover for the album. Condo told Kois “she’s a kind of fragment, between a sphinx, a phoenix, a haunting ghost, a harpy. Then Kanye is also in some sort of strange 1970s burned-out back room of a Chicago blues club having a beer”.

The explicit cover caused quite a stir and was even banned from some outlets – to which West responded in a deleted tweet:

“Yoooo they banned my album cover!!!!! Banned in the USA!!! They don’t want me chilling on the couch with my Phoenix!”

So how does it look? An oil painting representing Kanye West and the sphinx naked, the cover has a wide red border that frames the artist; he holds a green bottle of beer while the naked sphinx straddles him with thigh-high mustard boots on a blue coach.

In contrast, the ballerina artwork has a turquoise green background with a white ballerina in a black tutu; she’s holding what appears to be a wine glass, mirroring the ballerinas on the Runaway music video.

The cubist portrait of West sees him with four different mouths and bulging teeth in each – gold teeth also unique to each face. The head with the sword artwork sees Kanye’s decapitated head being placed on its side wearing a gold crown, a sword stabbed into his face and beautiful blue and white clouds in the background.

Finally, the priest artwork uses less colour compared to the other pieces – primarily black, grey and brown for West’s face, but it is still very much Condo’s signature cubist style.

In the end, the album covers were described as “unorthodox” and the main album art was blurred on Apple Music.

When Condo was asked about the censorship of the artwork, he famously said: “The superimposition of people’s perceptions on a cartoon is shocking. What’s happening in their minds should be banned. Not the painting.” DM/ML