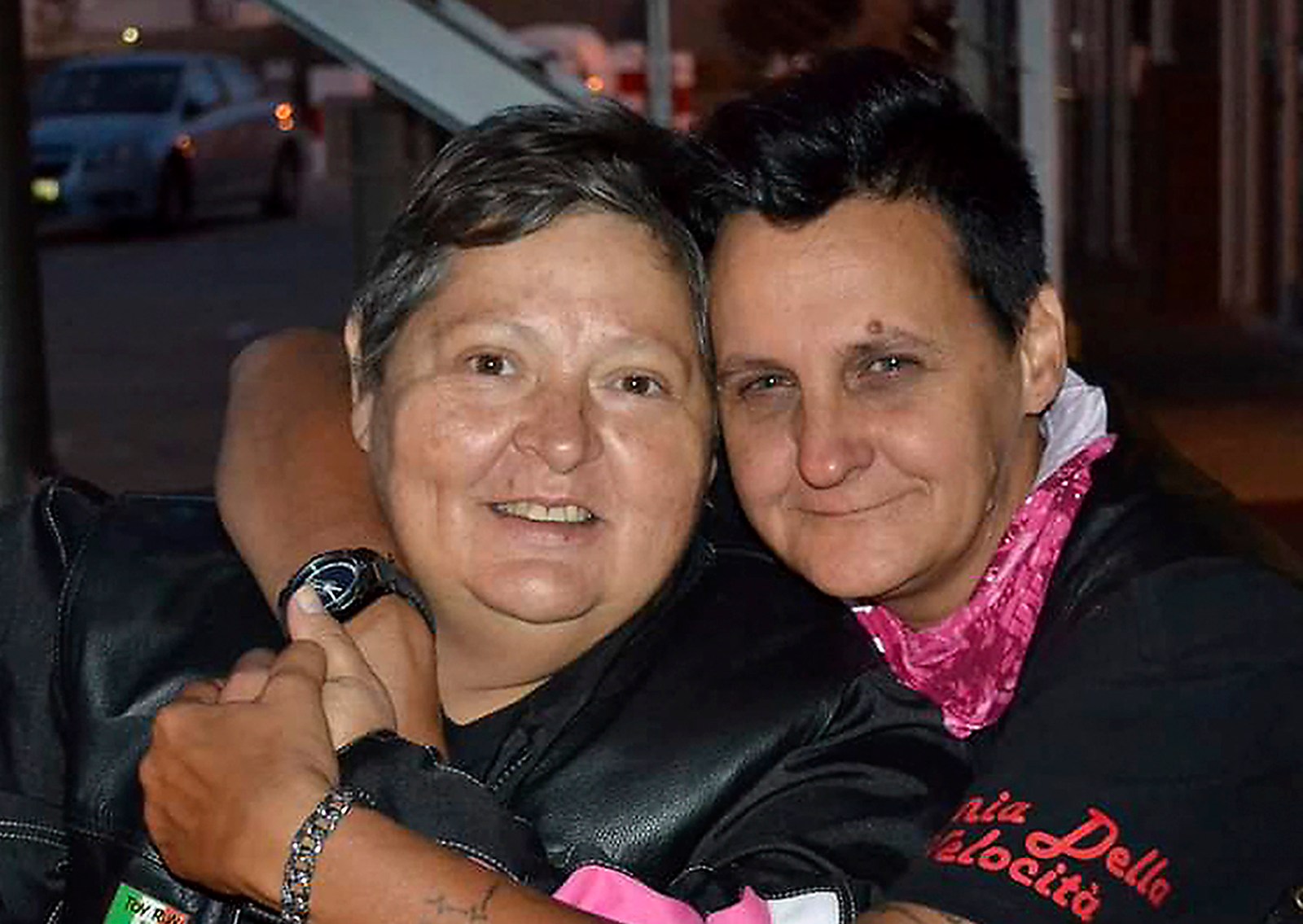 Zelda van Niekerk, left, and Anita Bijlof. Van Niekerk had done nothing to provoke the men and, to make matters worse, the brazen murder had taken place in daylight in peak-hour traffic. (Photo: Supplied)

The circle of justice for motorcyclist Zelda van Niekerk, who was murdered on 28 September 2018, has been completed in the Western Cape High Court after the final accused in the matter was handed 20 years’ imprisonment.

The sentencing of Elton Abrahams on Tuesday 13 October 2020 comes after he entered a plea agreement.

Abrahams pleaded guilty to a count of murder and robbery with aggravating circumstances and was sentenced to 20 years’ imprisonment for murder and 10 years for robbery. The sentences run concurrently, meaning he will serve 20 years.

Zelda van Niekerk, founder of Bikers with a Cause, was robbed and killed on the N1 bridge near Canal Walk at about 2.30pm. She had stopped to wait for a fellow biker when her life ended in a flash.

Abrahams admitted he had been in the vicinity of the bridge and had intended to rob Van Niekerk when a group of men spotted her.

He also admitted that a firearm was used to threaten the motorcyclist, who was fatally wounded by convicted killer and triggerman Lucien Ackerman, who is serving a life sentence.

“I met up with Ackerman and [Michael] Pietersen. We smoked a pipe of mandrax and dagga. We then decided to rob people in order to obtain money for more drugs.”

Although Abrahams was high, he admitted he had still been able to differentiate between right and wrong.

Abrahams, the court heard, had had the time to change his mind, but instead had gone along with Ackerman and Pietersen.

The men ended up in the suburb of Summer Greens, but decided to walk to Factreton when they found no suitable targets. It was at this point that they came across Van Niekerk, 45, sitting on the rail near the N1 highway bridge with her motorcycle parked next to her.

It was about 2.30pm with heavy traffic flowing out of Cape Town. Van Niekerk had apparently felt at ease because of the peak traffic.

The three men attacked Van Niekerk, grabbing her backpack. Van Niekerk attempted to fight them off and flag down cars on the highway for help, but no one stopped.

It was a flagrant disregard for the life of another human being. The killing of a woman is an awful scourge which we face in society.

“Pietersen grabbed the backpack and we all ran away back to the house of Lucien. We discovered R3,000 cash in the wallet of the deceased and shared the money equally amongst ourselves,” Abrahams’ plea agreement reads.

Abrahams’ sentence comes eight months after Ackerman was sentenced to life imprisonment for the murder, 15 years for robbery with aggravating circumstances, 10 years for possession of an illegal firearm and five years for the possession of ammunition.

For his part in the murder, co-accused Pietersen received 20 years’ imprisonment for the murder, 10 years for robbery with aggravating circumstances, with five years running concurrently, meaning he is in effect serving 25 years in jail.

Prosecutor Esna Erasmus told the court that although Abrahams did not shoot Van Niekerk or rob her of her bag, he had admitted that they all agreed to rob somebody and, as such, were acting with common purpose.

“He knew that Ackerman had a gun and the firearm was taken along for the purpose of robbing someone. He knew that Ackerman belonged to the Americans gang and had violent tendencies. He foresaw that using this firearm during the robbery, someone could be shot and killed or seriously injured,” said Erasmus.

“He nevertheless reconciled himself with these possibilities, and went along, and continued and completed with common purpose.”

Van Niekerk had done nothing to provoke the men and, to make matters worse, the brazen murder had taken place in daylight in peak-hour traffic.

“It was a flagrant disregard for the life of another human being. The killing of a woman is an awful scourge which we face in society.” DM/MC