Reflections of a Wayward Boy: Wanted by the police and the communists 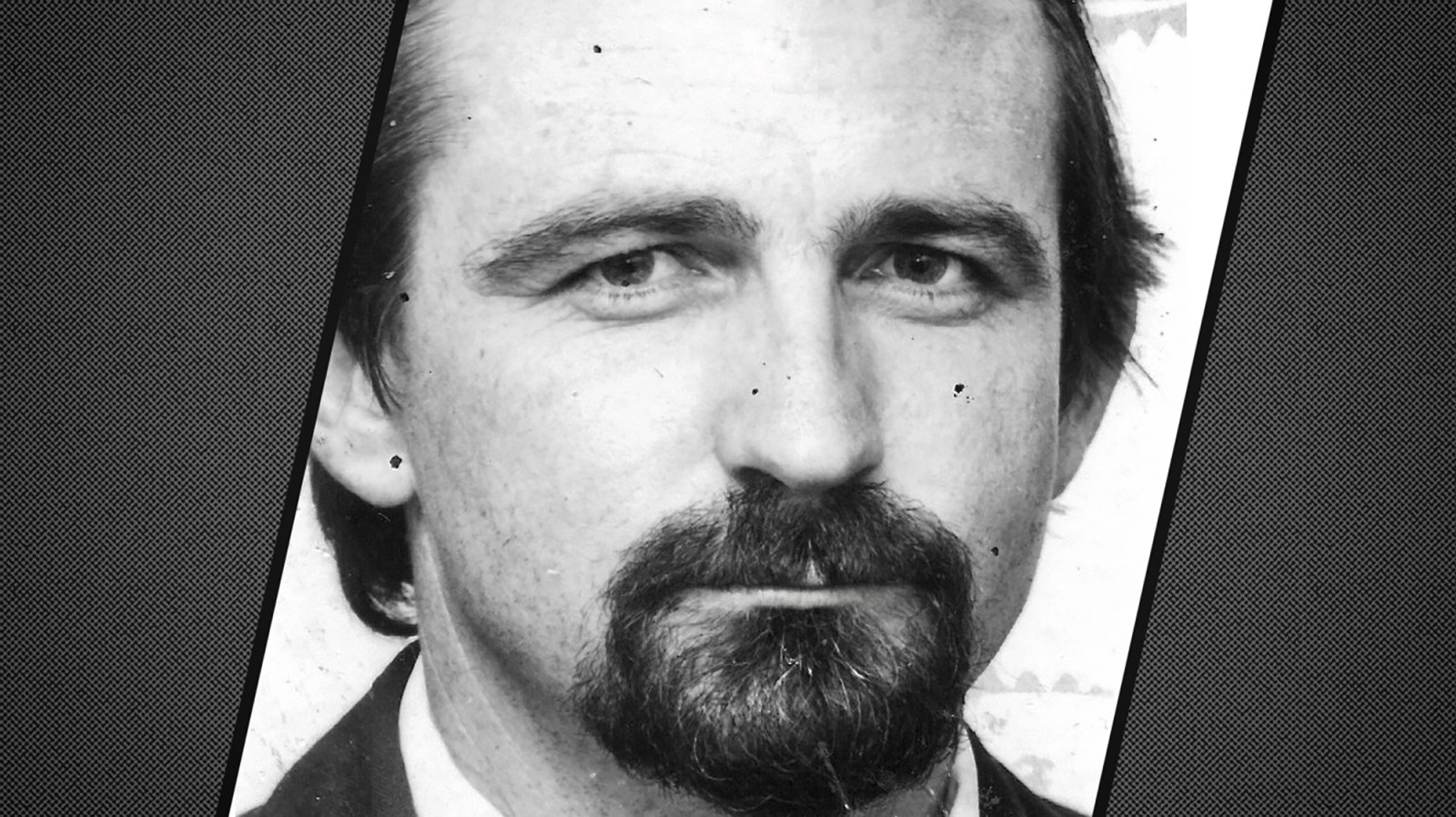 The Congress leadership of the revolution had been arrested at Rivonia and was in jail, awaiting trial, a fate that was also to befall the members of the Liberal/Socialist League/African Resistance Movement. But our officially unsanctioned groups were still free, and we were determined that militant resistance, especially the sabotage of government installations, should continue. The problem was that we had only vague ideas of how to go about procuring and making the explosives and timing devices we thought we needed.

The Rivonia trial was under way and although our attempts at getting training had failed and our one route march excursion had turned into a fiasco, we were undaunted. Joe Kajee, Dinesh Patel and I met and decided that the groups in Soweto, Fordsburg and Johannesburg/Germiston, whose members were unknown to one another, should be equipped to show that militant resistance still existed. We should also prepare what we hoped would be a regular underground publication that we rather grandly proclaimed, should “prepare the masses for revolution”.

This became the very short-lived publication Combat that I edited.  However, unknown to us at the time, the SA Communist Party (SACP) was also producing a publication dubbed Freedom Fighter, edited by two other journalists, Paul Trewhela and Geoff Lamb, who were to be detained, along with me and about 40 others, on 3 July 1964.

For Combat, Joe wrote some copy and collected contributions which I typed, along with my own contributions, on to wax stencils. To have reasonably sized headlines required skill with a stylus, which none of us had and Suleiman “Babla” Saloojee, later to be tortured and murdered in police custody, agreed to do the job.

Because of a youthful interest in chemistry, and having made crude fireworks and the occasional pipe bomb while at school, I was also designated to obtain the explosive materials. Dinesh Patel, who professed an interest in electrical circuits, would work on timing devices. With Joe, the three of us would accumulate knowledge and materiel and then relay this to the groups we knew, and to Mike Ngubeni to pass on to those he trusted in Soweto.

There was, at the time, also one very ambitious venture that had to be aborted: the rescue of Dennis Brutus. Several online reports, including SA History Online note: “The Transvaal Indian Congress plotted to rescue him from hospital in a coffin but they were unsuccessful.”

It was not in a coffin and the plan, devised by the Fordsburg group and involving me, had to be shelved when the police moved Dennis hours before our scheduled rescue attempt. Dennis, co-founder of the SA Non-Racial Olympic Committee, had been shot in the back by police and was held under guard at the Coronationville (now Rahima Moosa) hospital, west of Johannesburg.

Because Kamlaben “Kamoo” Lalla, who married Joe Kajee, was a nurse at the hospital, we knew that Dennis was handcuffed to his bed and had two overnight guards; one on a chair at his bedside and another on a chair outside the ground floor window of his single ward.

The plan was simple: in a white coat and with a stethoscope draped around my neck, I would pretend to be a junior doctor and would offer coffee – suitably drugged by Kamoo – to the guards. When they passed out, Joe, Dinesh Patel and Nanoo “Uncle Willie” Jasmath would wheel in a trolley and we would wheel Dennis out, put him into a waiting vehicle and drive him to Botswana. But we had to wait until he was medically fit to travel. Kamoo would let us know. She did, but the police obviously had the same information: they immediately moved Dennis to a prison hospital, so, perhaps fortunately for us, ending our venture.

But I also had a stroke of blind luck making the discovery that potassium chlorate, which I had bought in quite large quantities in the past as an ingredient for explosives, was now a “listed substance”. It could no longer be bought over the counter in any quantity whatsoever. All and any purchases had to be recorded and the police notified.

Had I asked anyone other than our family’s neighbourhood pharmacist to buy 500 grammes of KCLO3, I would probably have ended up having to answer to the security police. But Monty Soggot just quietly informed me about the new rules and added:

“If you ask anywhere for that stuff, they’ll be after you.” It was only later I discovered that Monty was the brother of the well-known liberal lawyer, David Soggot.

My background also came to my rescue at around the same time in the shape of “Beetle” Bailey who had been at school with me. He had joined the police along with another fellow student, Tony Hitchcock. Beetle contacted me and told me he had left the police and urgently needed to speak to me.

It was the last time I saw Bailey, and that same day I headed straight to Fordsburg. Joe, Dinesh, Uncle Willie and I had, by then, decided, along with thousands of others, to attend the last day of the Rivonia trial. But it now appeared that I might have a police spy set on me. What should I do? What should we do?

He and Tony, among the few English-speaking members of the police force, were based in Durban and had been approached by Colonel At Spengler of the Special Branch to join a new undercover unit. The English-speaking cops would be given a cover story about leaving the police because of racism, and would move to Johannesburg where they would make contact with “subversives” while working in either a private detective agency “front” or in some other capacity.

Bailey had been approached and had gone through various discussions before deciding that his Christian conscience would not allow him to continue.

“I’m going to become a Methodist minister,” he told me. But, from everything he had heard, he wanted to warn me that Tony Hitchcock would “probably turn up at your door” claiming to be an anti-racist refugee from the police force and seeking a temporary place to stay. At the time the Rivonia trial was drawing to a close.

It was the last time I saw Bailey, and that same day I headed straight to Fordsburg. Joe, Dinesh, Uncle Willie and I had, by then, decided, along with thousands of others, to attend the last day of the Rivonia trial. But it now appeared that I might have a police spy set on me. What should I do? What should we do?

We talked the matter through and decided that the police knew we associated with one another and where our sympathies lay. But they would only be concerned about whether we were acting on those sympathies or were mere dilettantes. Thanks to Bailey, we would outsmart the police and reinforce the idea that, while we abhorred apartheid, we would do nothing serious about it.

Our reasoning was that if we didn’t go [to the Rivonia trial] and if I threw Hitchcock out, the police would be convinced that we were “up to something”. So it was that when Tony Hitchcock turned up at my door (with luggage and a racing bicycle), only days before the conclusion of the Rivonia trial, I expressed surprise and invited him in.

He then accompanied me and “three Indian friends” to the tumultuous final day of the Rivonia trial. With hindsight, the tactic seemed to work and, as we later discovered, was reinforced by a police recording of an SACP meeting at which Sylvia Neame, when asked what she thought I – who had ceased having much to do with that group – was up to, announced: “He’s just drinking and f***ing in Fordsburg.”

But then I got involved again with the former Congress of Democrats group – complete with the resident police spy.

At the same time, I decided unilaterally that I knew better where to hide and operate a Gestetner duplicator/printing press. The result was that when I ended up in 90-day detention, one security police interrogator noted that I was, “the only guy wanted by both the Communist Party and the police”. DM