Evidence ‘de-learning’ of rugby skills during lockdown, extended use of digital devices may be to blame 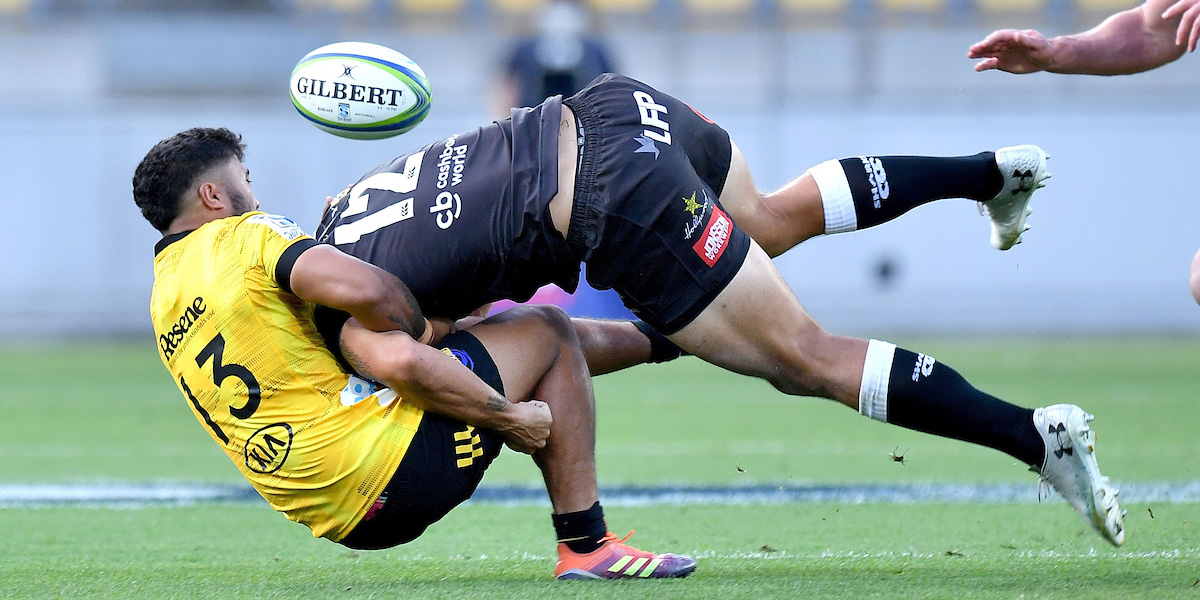 A decline in the players’ fitness was expected after six months in lockdown, but experts, including Dr Sherylle Calder, believe the skill levels are inexcusably below par. Extended screen time has not helped.

South African rugby has returned with a breathless whimper rather than an emphatic bang. Leading visual sports scientist Dr Sherylle Calder is unhappy.

A decline in the players’ fitness was expected after six months in lockdown, but experts, including Calder, believe the skill levels are inexcusably below par.

What’s more, the prevalence of digital devices, and the ways players have abused them, may have contributed to a decline in awareness and impaired decision-making.

Last month, The Social Dilemma, a documentary that highlights the nefarious tactics of social media giants as well as their drive to monetise a user’s attention, made waves around the world. More people have become aware of the threat, as well as the damage extensive exposure to a device can have on an individual’s state of mind.

From a sporting perspective, Calder believes that athletes must manage their screen time if they are to avoid ‘de-learning’ the core skills that often decide elite sporting contests and tournaments.

Rugby received the green light to return to play on 26 September. The “SuperFan Saturday” showpiece at Loftus Versfeld was followed by a Springbok “trial” game at Newlands. The revamped domestic competition, dubbed Super Rugby Unlocked, started on 9 October.

Calder, like many, has been unimpressed by the level of skill on display.

“From what I saw, the timing and accuracy just wasn’t there,” she says. “A lot of people have used the lockdown as an excuse for a drop in standards, but that’s unacceptable in this respect. I also wonder how much time the players have spent on their devices over the past few months.”

Calder has specialised in visual motor performance for nearly 30 years. She’s worked with the All Blacks, the Australian Test cricket side, South African golf legend Ernie Els and many other elite teams and athletes.

Dubbed “The Eye Lady” by former president Nelson Mandela, Calder was on the winner’s podium when England won the Rugby World Cup in 2003 and was a proud South African when the Springboks triumphed in 2007. More recently, she worked with the England rugby team between 2017 and 2019.

In 2017, Calder made headlines when she instructed the England rugby players to limit their exposure to smartphones, as research had shown that excessive use impacted on the ability to focus and process information.

In the wake of the Covid-19 outbreak, there was a surge in internet activity as athletes, like most others trapped indoors, spent more time on their devices. Calder told DM168 that it would be some time before those affected regained what they lost.

Stedman Gans was one player who caught the eye in South African rugby’s truncated preseason. Calder reveals that the former Blitzbok, who is now with the Bulls, has been on the EyeGym programme for some time. The benefits of his training were clear in that preseason game against the Sharks.

“Stedman didn’t take long to readjust,” Calder explains. “His understanding of space and his timing of the pass [were] evident in the way he set up his team for two tries. Those are the skills that players should be sharpening on a regular basis.

“All that screen time obviously hasn’t helped,” she says of the South Africans’ collective performance. “When you’re cooped up at home and when you’re bored, you may be tempted to get out your phone and start scrolling. It really is the worst thing you

“People are getting into bed at night and spending hours on their phones. They’re reacting each time they see the blue light flash. That’s disrupting sleep patterns. It’s effectively disrupting the level of performance the following day. Sleep is crucial for athletes, and without it, the quality of the
individual performance, and ultimately the team performance, will suffer.”

Abusing your eyes and brain

Calder has been beating this drum for some time. When she joined Eddie Jones’s team in 2017, the coaches and players took her warnings seriously. In the 2019 World Cup semifinal, England produced a dazzling display to beat the more fancied All Blacks.

Other athletes who hop on to their phones before, after and even during a training session are setting themselves up for failure.

“If you’re spending 10 hours a day staring at a small screen, scrolling through
social media and trying to multitask instead of focusing or concentrating on one particular thing, you’re abusing your eyes and your brain,” Calder explains. “If you’re doing that day after day over a lengthy period of time, you are effectively ‘de-learning’ the skills you need to take in information and apply them in a pressure situation.”

Calder says people are distracted by their smartphones up to 150 times a day. Teenagers spend an average of nine hours a day on their phones; 50% admit to being addicted.

The result of this exposure, as far as sportspeople are concerned, is a loss of focus and ultimately the ability to make quick and informed decisions.

Calder’s programme has been used by businesses looking for an edge. It also has practical uses in the education of young children. When speaking about the latter, Calder worries that not enough is being done to keep kids in check regarding their exposure to smartphones.

“I’ve spoken to many parents about this. When you’re scrolling and swiping … you’re not focusing or concentrating on one thing.

“We are training ourselves to be distracted. It’s not an affliction that is limited to sportspeople either. It impacts everybody with a phone. People must manage their screen time better. They must take time-outs from their devices.”

It’s a mantra that’s already been embraced by various athletes and teams searching for an advantage, and it surely won’t be long before more see the light. DM168