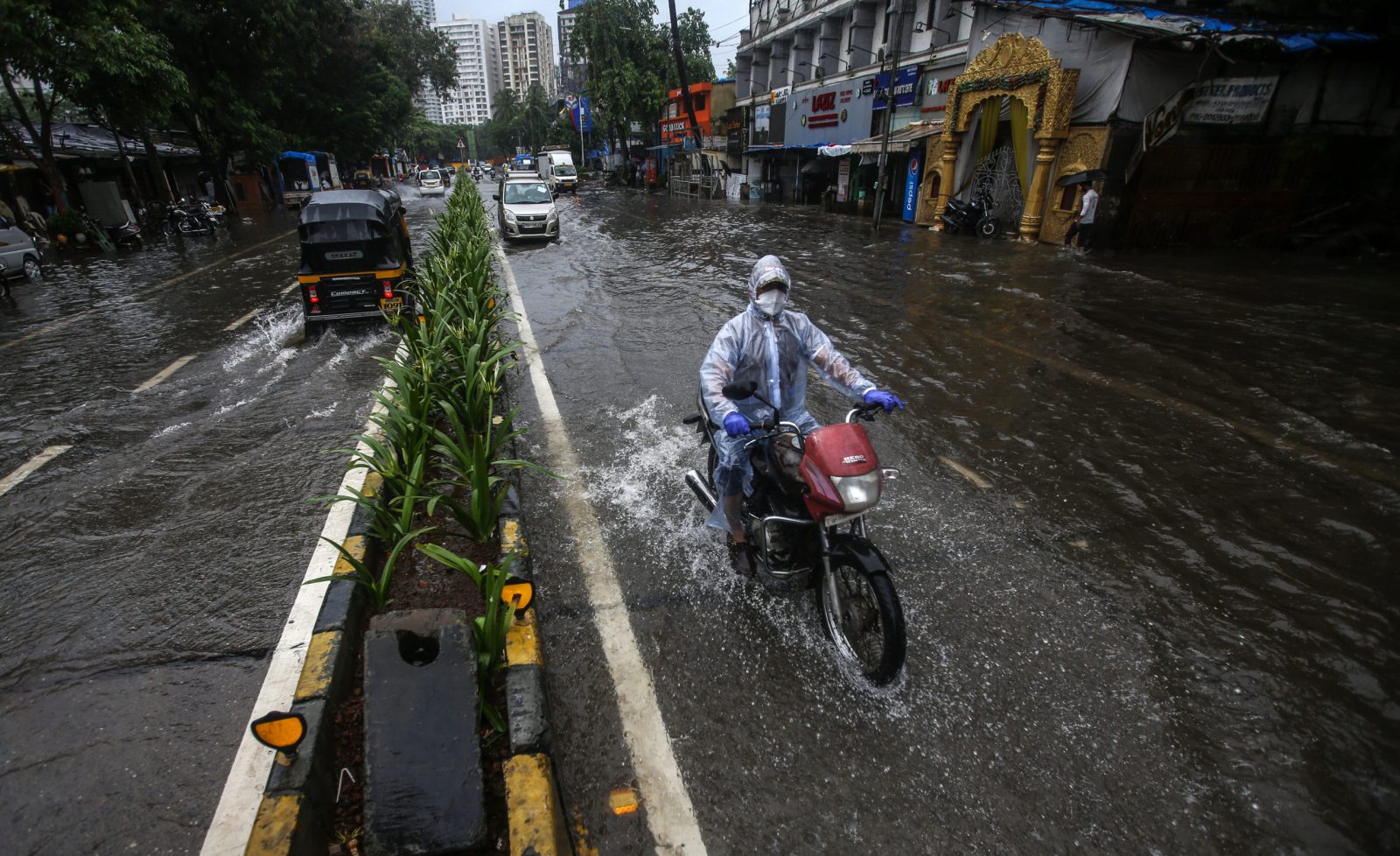 epaselect epa08528960 Indian people drive through a flooded street during heavy rain in Mumbai, India, 05 July 2020. The monsoon season in India normally starts in the beginning of June and ends in September. EPA-EFE/DIVYAKANT SOLANKI

BARCELONA, Oct 12 (Thomson Reuters Foundation) - A jump in climate-related disasters this century, along with the global coronavirus pandemic, show political and business leaders are failing to stop the planet turning into "an uninhabitable hell" for millions, the United Nations said on Monday.

The last two decades saw the number of disasters caused by extreme weather nearly double to 6,681, up from 3,656 between 1980 and 1999, according to a report issued ahead of the International Day for Disaster Risk Reduction on Oct. 13.

Worsening floods and storms accounted for about four-fifths of the total from 2000-2019 but major increases were also recorded for droughts, wildfires and heatwaves.

“We are wilfully destructive. That is the only conclusion one can come to”, with action on climate change and other major threats lagging, said Mami Mizutori, the U.N. Secretary-General’s special representative for disaster risk deduction.

“COVID-19 is but the latest proof that political and business leaders are yet to tune into the world around them,” she added in a statement.

In the past 20 years, there were nearly 7,350 major recorded disasters, including earthquakes and tsunamis, which claimed more than 1.2 million lives and affected 4.2 billion people.

They caused almost $3 trillion in global economic losses – close to twice the amount in the preceding two decades.

In a joint foreword to the U.N. report, Mizutori and Debarati Guha-Sapir of Belgium’s Centre for Research on the Epidemiology of Disasters noted disaster management agencies had nonetheless saved many lives through better preparedness.

Countries that have made big strides in evacuating millions of people to safety and cutting death tolls from floods and cyclones include India and Bangladesh.

But the odds “continue to be stacked against them, in particular by industrial nations that are failing miserably on reducing greenhouse gas emissions” in line with an agreed aim of limiting global warming to 1.5 degrees Celsius, they noted.

“Almost all nations” also have not done enough to prevent a wave of death and illness caused by the coronavirus pandemic, despite urgings from experts and U.N. agencies, they said.

“It is baffling that we willingly and knowingly continue to sow the seeds of our own destruction, despite the science and evidence that we are turning our only home into an uninhabitable hell for millions of people,” they added.

Guha-Sapir warned that if extreme weather events continued to grow at the same rate over the next 20 years, “the future of mankind looks very bleak indeed”.

To avoid that happening, the world must act urgently to invest in prevention, climate change adaptation and disaster risk reduction, Mizutori said.

She urged governments to show leadership and deliver on promises made in 2015 under the Paris Agreement to tackle climate change, the Sendai Framework to manage disaster risk and the global development goals set to be achieved by 2030.

U.N. member states agreed to put in place national and local strategies to reduce disaster risks by 2020, but so far just over 90 have delivered those, she noted.

“It really is all about governance if we want to deliver this planet from the scourge of poverty, further loss of species and biodiversity, the explosion of urban risk and the worst consequences of global warming,” she said. (Reporting by Megan Rowling @meganrowling; editing by Laurie Goering. Please credit the Thomson Reuters Foundation, the charitable arm of Thomson Reuters, that covers the lives of people around the world who struggle to live freely or fairly. Visit http://news.trust.org/climate)