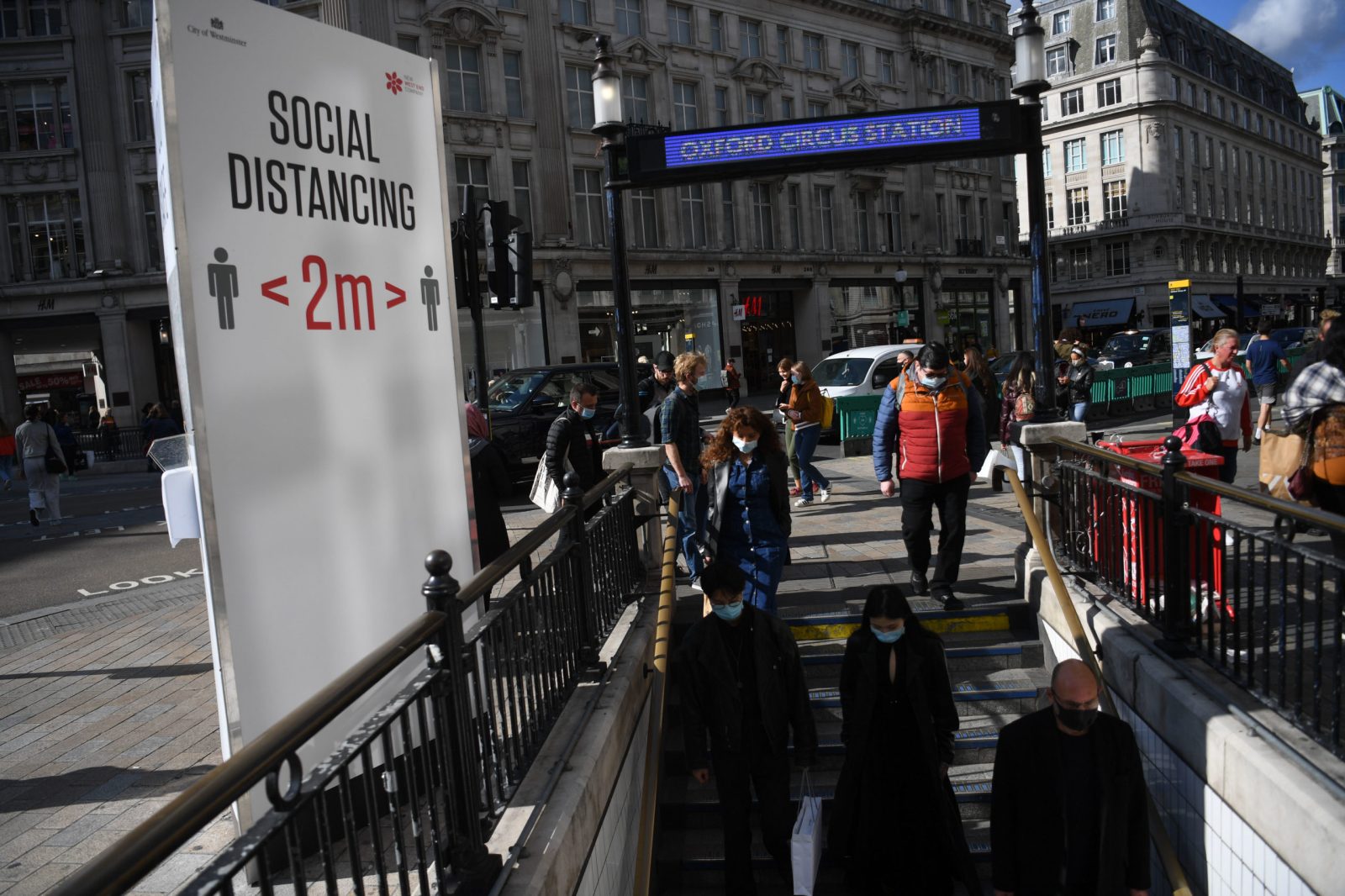 epa08712515 Travellers wear face masks as they enter Oxford Circus underground station in London, Britain, 01 October 2020. As coronavirus case in the UK rise and number of areas are in local lockdown. Britain's Prime Minister Boris Johnson told a press conference that he could implement further measures if cases continued to increase. EPA-EFE/NEIL HALL

LONDON, Oct 12 (Reuters) - British Prime Minister Boris Johnson will on Monday impose a tiered system of further restrictions on parts of England as the COVID-19 outbreak accelerates, though anger is rising at the cost of the stringent curtailment of freedoms.

Johnson has chaired an emergency response committee, known as a COBRA meeting, and will then address parliament at around 1430 GMT, offering lawmakers a vote later in the week on the measures. He will then hold a press conference.

Johnson’s three-tiered local lockdowns will include shutting bars, gyms, casinos and bookmakers in some areas placed into the “very high” alert level, probably across the north of England, British media reported.

“Pretty much all areas of the UK are now seeing growths in the infection rate,” England Deputy Chief Medical Officer Jonathan Van-Tam told reporters. “The epidemic, this time, has clearly picked up pace in the north of England earlier than it did in the first wave.”

Van-Tam said the freshest data showed infections were rising across the north of England and in some more southerly areas too while the virus was creeping up age bands towards the elderly from those aged 16-29 years.

Manchester intensive care consultant Jane Eddleston said 30% of critical care beds were taken up with COVID-19 patients – starting to impact on healthcare for others.

But as millions of people across the United Kingdom grapple with a patchwork of local restrictions, the hospitality sector says it is being brought to its knees by the government.

“If he is suggesting that pubs and bars need to shut down in Greater Manchester, we’re launching an immediate judicial review,” Lord, creator and operator of Manchester’s Parklife festival and The Warehouse Project, told Reuters.