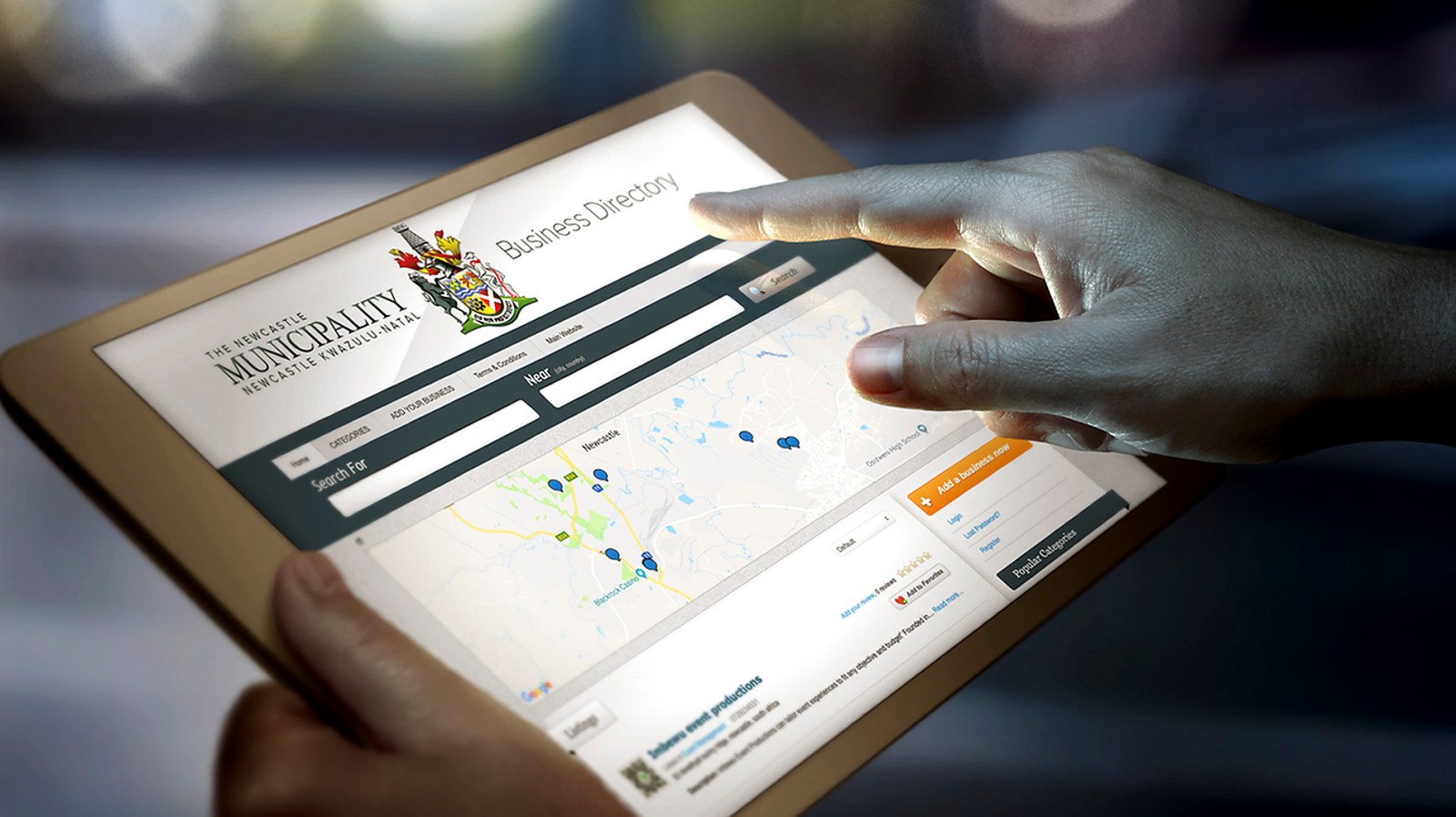 A KwaZulu-Natal study on the effects of the pandemic on local governments found that the use of technology for virtual meetings had increased performance and allowed staff to attend several in a day (Photo: newcastle.gov.za / Wikipedia)

Research in KwaZulu-Natal found that some municipalities in the province had bloated staff complements and were unprepared for the pandemic, leaving them unable to deal with the challenge. The study found that municipalities need to ‘proactively train their staff, councillors and communities so that the impact of disasters can be minimised when they occur’.

KwaZulu-Natal municipal managers have told researchers of a study into the impact of Covid-19 on local government that they are overstaffed, were under-prepared for the pandemic and that political leadership was “caught off-guard”.

These were among the key findings of the study, conducted by Dr Vuyiwe Tsako and Dr Mpilo Ngubane on behalf of the Institute for Local Government Management (ILGM) – an organisation that represents municipal managers in South Africa.

While acting as independent researchers for the study, Tsako is the municipal manager at the Umdoni Local Municipality south of eThekwini Metro and Ngubane heads eThekwini Metro’s municipal academy.

The study was unpacked at a virtual briefing on Friday by Tsako and Ngubane, at which municipal managers from across the country were in attendance. The study made findings about how the pandemic had shaped the ideas around organisational culture, goals, environment, size of the municipality and the use of technology.

Titled The Covid-19 Impact on Municipalities: The case of KwaZulu-Natal Municipalities, it was published online by Sryahwa Publications in the Journal for Public Administration.

“This research has therefore revealed that municipalities were not ready for the pandemic and some of them were not resilient enough to deal with this unprecedented challenge or disaster. There is therefore a need to improve municipal readiness even through training programmes so that they are able to deal with disasters better in future,” said the study.

The study also found that municipalities were bloated with staff.

“There is a need to seriously rethink the sizes of municipalities in terms of the numbers of employees employed. Without a doubt, it has become clear that many municipalities are overstaffed. This reconfiguration should not be limited to staff, but also include other resources such as office space, vehicles and equipment.”

The paper said there was a need for municipalities to “proactively train their staff, councillors and communities so that the impact of disasters can be minimised when they occur”.

“It has also been very clear that there is an expectation for better and effective leadership direction, and it was clear that many municipalities were found wanting in this regard. Therefore, there is a need for training on leading during crises or natural disasters, a programme directed at political and administrative leadership. Municipalities need to budget for disasters and this budget should be reserved for cases of disaster.”

Findings included that all municipalities took the pandemic “very seriously” and that the respondents felt that local government must “embrace the new technological culture brought about by Covid-19”.

“The virtual culture brought about by Covid-19 seems to be the best learning experience for all municipalities, hopefully they will embrace that culture more sustainably”.

Interestingly, 33% of municipalities indicated that their communities did not take the virus seriously as opposed to another 33% who did. This result was consistent throughout municipalities, regardless of their size or location.

Similarly, the study found that 17% indicated the community they served “was gripped by anxiety”.

All municipal managers and administrators indicated that the current state of the economy had “severely impacted” on their ability to provide services, citing reduction in revenue and increased levels of unemployment, but only 50% saw the introduction of Covid-19 legislation and regulations as negative.

Just 50% of the municipalities recommended that the District Development Model (DDM) proposed by the Department of Cooperative Governance and Traditional Affairs, “should be fast-tracked so that it can forge collaboration amongst government spheres”.

Speaking during the virtual conference, Ngubane said the issue of over-staffing was made evident during the pandemic.

“There was a realisation by one municipal manager who said he didn’t need so many employees and only needs 50% of what he has. At eThekwini we have put in a moratorium on new appointments and are reconfiguring the city and looking inward for skills before looking outwards,” said Ngubane.

He added that the use of technology for virtual meetings had increased performance and allowed staff to attend several in a day.

“Municipalities would need to change municipal communication policy to allow for all meetings to be held virtually. If the United Nations General Assembly could do it with all the world leaders, then it is possible.”

Ngubane said that while most political parties supported Covid-19 interventions in the beginning, the study found this had waned as the crisis extended. DM