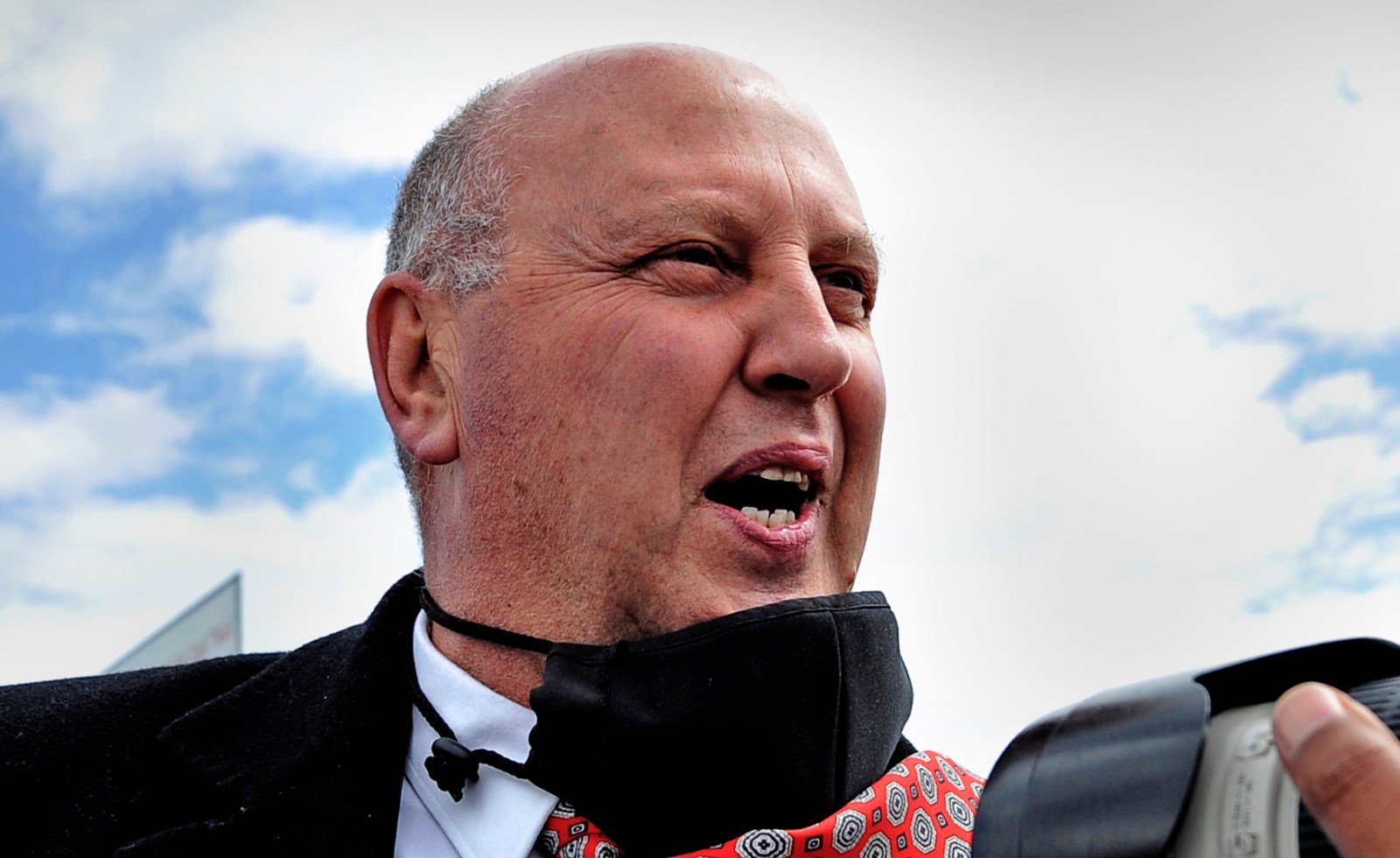 Killian’s instructing attorney, Eric Breyer, said that documents submitted to the court indicate Killian is a registered private investigator and had PSIRA documents for his business. (Photo: Noor Slamdien)

On Friday 9 October 2020 Roseman handed in to court documents showing that Killian had registered his company, Zane Killian Tracking and Investigation, with the Private Security Industry Regulatory Authority (PSIRA).

The decorated Kinnear was assassinated on Friday 18 September 2020 in front of his Cape Town house in Gearing Street, Bishop Lavis.

Roseman told the court that Killian worked for the private security industry and had been authorised to conduct surveillance. However, Killian “did not commit murder, nor did he conspire to commit murder and he did not unlawfully track the phone of Kinnear”.

Killian is facing charges of murder, conspiracy to commit murder and the illegal interception of communication.

A location-based service (LBS) was allegedly used to track Kinnear. The Directorate of Priority Crime Investigation used the same system to track Killian.

The charge against Killian is that he allegedly tracked Kinnear’s cellphone between March 2020 and the day of the detective’s murder.

He will have to prove that he did not play a pivotal role in the assassination plot. Killian has allegedly made a statement that a Mr Mohamed had asked him to track a cell number which Killian had been told belonged to Mohamed’s wife.

Killian would have to have been given a mandate to do this by Mr Mohamed and it is this that the court will seek to access and examine.

Private investigators Maverick Citizen has spoken to have asked why Killian would have pinged Kinnear’s phone 2,116 times without being aware of the apparent malicious intent of the track.

“If he pinged Kinnear’s phone so many times, surely he must have been paid for his service either in cash or EFT payment. If he had a mandate of this Mr Mohamad then he would not have been arrested,” the PI suggested.

These missing elements did not emerge in the Bishop Lavis Court on Friday and will, at some point, be crucial to Killian’s counsel in order to substantiate Killian’s denial of any involvement of the murder.

Maverick Citizen also established Kinnear’s investigation was just the tip of the iceberg and would have exposed further links with the Gauteng mafia dealing in diamond and gold smuggling and also using international hitmen to carry out their dirty work.

Corruption within the police and the mistrust it has caused was further demonstrated by the calling of a Cape Town private investigator, shortly after Kinnear’s murder, to debug Kinnear’s car to see if a tracker had been hidden without his knowledge.

This sweep indicated that Kinnear’s car had not been tracked.

Killian’s instructing attorney, Eric Breyer, said that documents submitted to the court indicate Killian is a registered private investigator and had PSIRA documents for his business.

Breyer said he was disappointed by the length of time it was taking to find a suitable court to hear Killian’s bail application.

“At our last appearance on Monday 5 October the new prosecutor, Greg Wolmarans, undertook himself to find a regional court. Hopefully by next Wednesday we will be able to do so.”

Breyer said documents handed to the court proving Killian’s business registration were necessary to protect his constitutional right to do business.

“He faces charges and the relevance of the documentation is that they prove that he is entitled to earn a living in terms of the Constitution and that is the job that he does and as far as we are concerned he is acting within the ambit of the law.”

Eric Ntabazalila, spokesperson for the National Prosecuting Authority (NPA) in the Western Cape, said on Monday 5 October that the matter had been postponed because security risks had been raised. It had been agreed that the matter would be moved to another court.

The matter was postponed to Wednesday 14 October. If a new venue has been found, the matter will be transferred to the new court for a bail application. MC