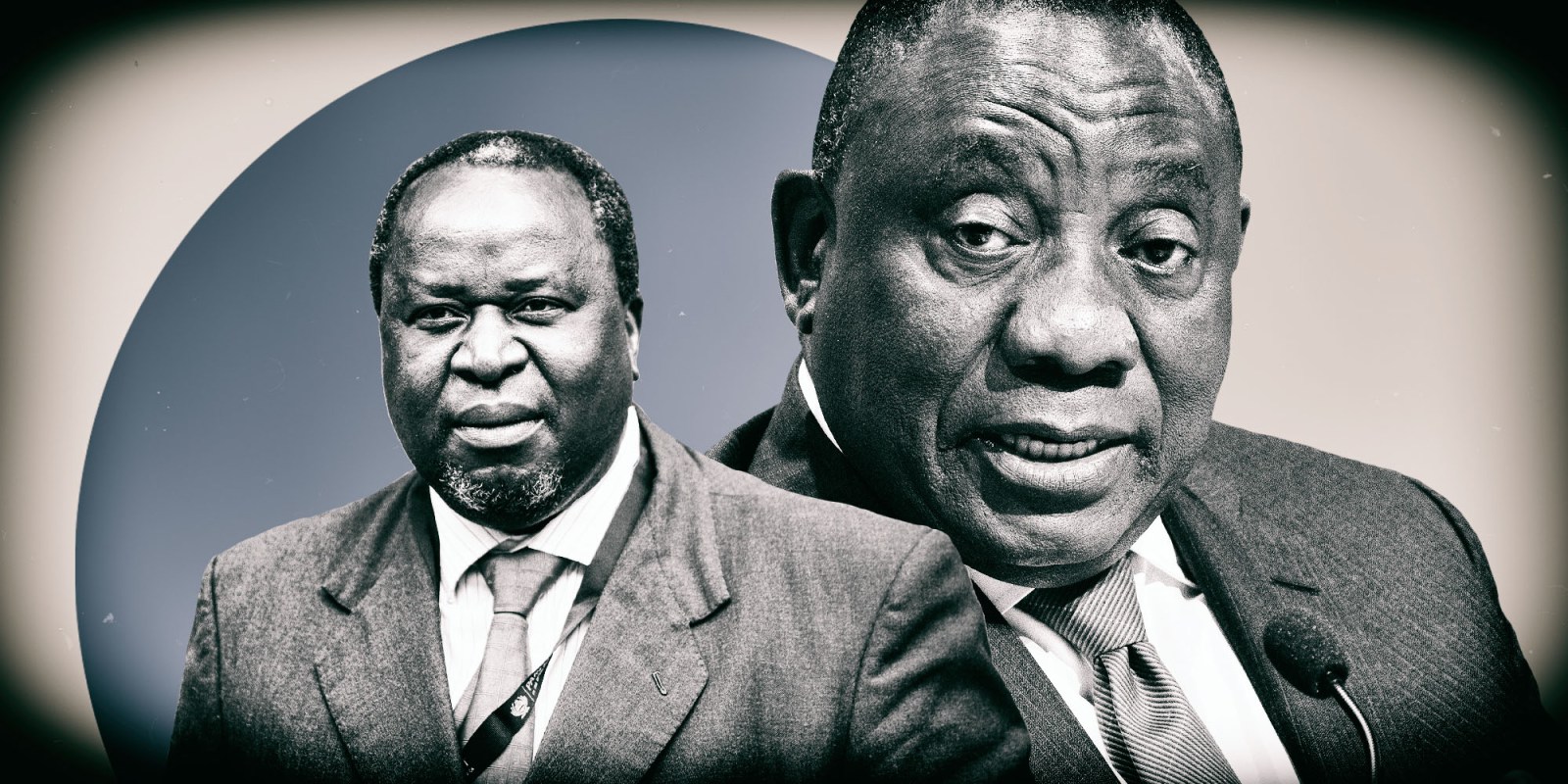 As Finance Minister Tito Mboweni, left, is set to table his revised Budget, President Cyril Ramaphosa warns that revenue has plummeted and difficult decisions must be made. (Photos: Leila Dougan | EPA-EFE / Nic Bothma)

Months since its launch and amendment, the scheme is still facing a low rate of loan approvals and actual money finding its way to SA businesses. The scheme is a centrepiece of President Cyril Ramaphosa’s R500-billion social and economic support package for the country during the pandemic.

It has been two months since the government’s R200-billion Covid-19 loan guarantee scheme underwent a makeover to improve its reach to struggling small businesses during the pandemic.

And like the initial loan scheme launched on 12 May 2020, the performance of the amended version has been, so far, dismal.

To recap: The loan scheme is administered by big commercial banks, the National Treasury, the SA Reserve Bank and the Banking Association SA (Basa). The scheme’s loans, which are disbursed by banks at or below the repo rate (currently 3.5%), can be used by businesses to pay salaries, rent and other expenses.

Any loans disbursed by the banks are guaranteed by the SA Reserve Bank and the National Treasury – meaning that if a business fails to pay back loans, the fiscus (or the taxpayer) will be on the hook and honour outstanding losses of up to 94%. The loan scheme is a centrepiece of President Cyril Ramaphosa’s R500-billion social and economic support package for the country during the pandemic.

Months after its launch and amendment, the scheme is still facing a low rate of loan approvals and actual money finding its way to SA businesses. Since the changes to the scheme came into effect in August 2020, additional loans worth less than R1-billion were distributed by the end of September, according to the latest figures by Basa.

This brings the value of loans approved and disbursed since the scheme’s introduction to R16.08-billion. In other words, about R180-billion could be sitting idle in the banking system when some businesses could use the loans to revive their operations under a level one lockdown economy.

The scheme has even underperformed against the agreement by the government and banks to initially make available a maximum of R67-billion in loans, which could be increased up to R200-billion depending on the market demand.

More dismal signs of the scheme as changes are made

Out of 44,912 loan applications that banks have received since May, only 11,677 have been successful, roughly 8,982 are being assessed and the balance have been rejected. Basa said the applications were rejected because either the businesses “did not have a good record of paying their debt or the requested loan value was too high and the repayments unaffordable for the business”.

More worrying is that Basa said banks have made the following assessment about the future of the scheme, which conjures up fears of it being stillborn: “Based on current trends, banks expect to probably extend R24.41-billion in Covid-19 loans to enterprises by January 2021, largely due to the prevailing weakness in business and economic conditions.”

Realising that the scheme has been dismal, the Treasury has tweaked its operating model and eased requirements for qualifying businesses.

The scheme initially focused on businesses with an annual turnover of less than R300-million and that were in good standing with their banks before the lockdown – but have no financial muscle to take on more loans due to the negative impact of the lockdown.

Under the amended scheme, the annual turnover requirement for businesses fell away, allowing for small businesses to apply for loans of up to R100-million. The government urged banks to ease their creditworthiness assessments to vet qualifying businesses, but at the same time, continue the practice of responsible lending. Read about more changes to the scheme here:

Basa’s defence of the scheme

Basa’s MD, Bongiwe Kunene, takes umbrage at suggestions that the loan scheme has largely flopped. She said when the scheme was announced by Ramaphosa in April, “there was a lot of uncertainty” as banks had to determine how the loans would be treated for accounting purposes from normal lending practices, thus delaying the start of the scheme.

“Was there consultation about the R200-billion scheme? The answer is no. After the announcement was made [about the loan scheme], the Treasury, Reserve Bank and commercial banks started talks about how the scheme would work. This delayed the start of the scheme,” Kunene told Business Maverick.

That loans worth R16-billion have been disbursed by banks means that they are now comfortable with the scheme, said Kunene. She said banks have gone above and beyond in supporting clients during the pandemic. In addition to banks supporting the loan guarantee scheme, they have offered payment holidays to individual and business clients.

Asked about the low take-up of loans even under the revamped scheme, Kunene said business owners have been reluctant to incur more debt in the uncertain economic environment.

“Companies do not want to take up more debt. The uncertainty is also about their own ability to service their own market and clients. It is very likely that companies are being cautious about taking more debt in this environment,” she said. DM/BM