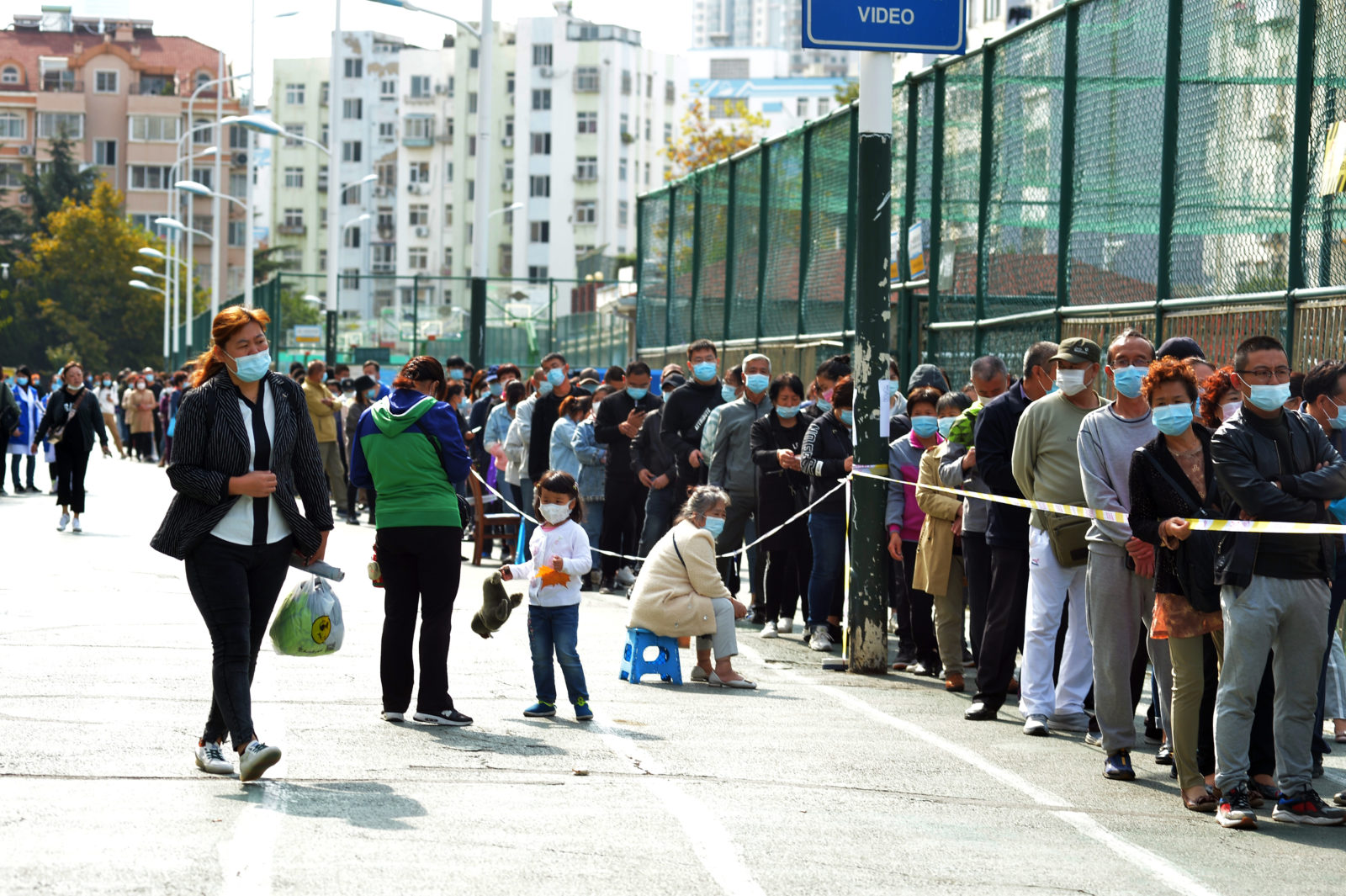 epa08737088 Citizens line up for the massive COVID-19 test in Qingdao in east China's Shandong province, China, 12 October 2020. The city will test its six million citizens in three days after 12 locally transmitted cases of coronavirus COVID-19 were found. EPA-EFE/WANG HAIBIN CHINA OUT

SHANGHAI/BEIJING, Oct 12 (Reuters) - The Chinese city of Qingdao said on Monday it will test its entire population of more than 9 million people for coronavirus, after discovering 12 new infections that appeared to be linked to a hospital treating imported infections.

Daily COVID-19 infections in mainland China have fallen drastically since early in the outbreak, which first emerged in the city of Wuhan. China had reported no new domestically transmitted cases since early August, but has remained on high alert.

Qingdao reported a total of six new COVID-19 cases and six asymptomatic infections on Sunday, all linked to the Qingdao Chest Hospital, where infected travellers arriving from overseas have been treated in an isolated area.

The specific source of infection was still under investigation, the city government said on Sunday.

The testing would cover the city in five days, the city said.

The new cases were all of current or former patients in Qingdao Chest Hospital, hospital staff, or their family members. One asymptomatic case was a taxi driver whose wife worked at the hospital and was also infected.

Qingdao said it has locked down the Qingdao Chest Hospital as well as the emergency department of its central hospital, which the taxi driver visited. Buildings housing infected individuals have also been locked down as part of the city’s virus containment measures.

The new infections emerged shortly after China completed its Golden Week holiday, during which millions of people travelled domestically.

Disease control authorities in several cities including Beijing advised residents to avoid unnecessary trips to Qingdao. An investment and trade expo in Qingdao organised by the Shanghai Cooperation Organisation and scheduled for the weekend of Oct. 16-18 was postponed, state TV reported.

The National Health Commission’s daily tally reported 21 confirmed COVID-19 cases, but none in Qingdao were included. The number of new nationwide asymptomatic cases, which China counts separately from confirmed cases, rose to 32 from 23 a day earlier, the NHC said. It did not offer a breakdown on where the new asymptomatic cases were reported, although it said 29 were imported.