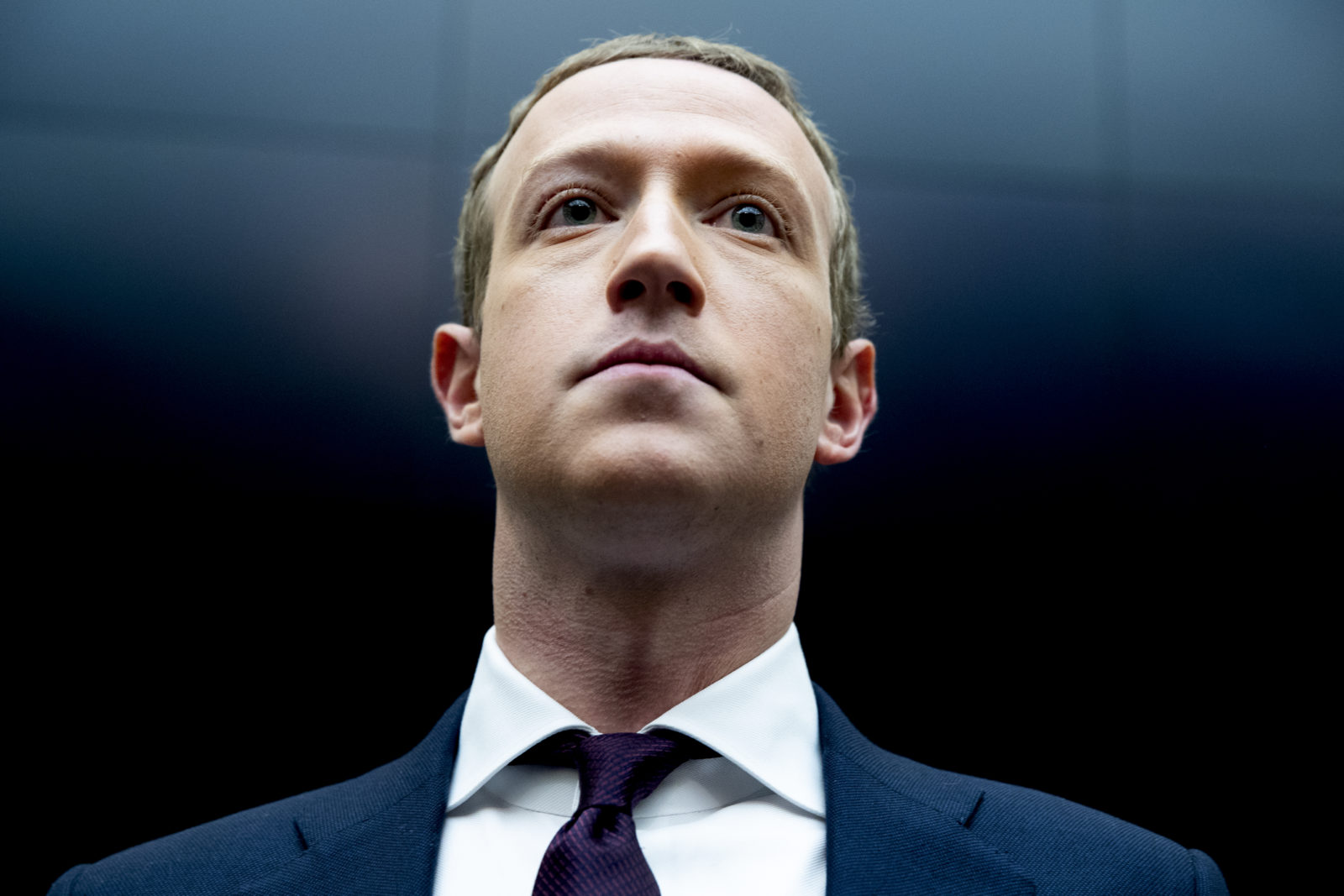 Chairman and CEO of Facebook Mark Zuckerberg returns from a short break while testifying before the US House Financial Services Committee hearing on 'An Examination of Facebook and Its Impact on the Financial Services and Housing Sectors', on Capitol Hill in Washington, DC, USA, 23 October 2019. Zuckerberg faces questions from lawmakers concerned over issues with the cryptocurrecy Libra, financial data and potential misinformation on Facebook surrounding the 2020 US presidential election. EPA-EFE/MICHAEL REYNOLDS

The last time US regulators showed real teeth was when competition was still for fossil fuel, making this today’s Standard Oil.

It’s the antitrust bombshell that everyone has been waiting for. The US government wants to break up Apple, Amazon, Facebook and Google, which it says have grown from “scrappy, underdog startups” to “become the kinds of monopolies we last saw in the era of oil barons and railroad tycoons”.

After a 16-month investigation, which culminated in a virtual hearing with the Big Four tech firms’ CEOs, the US House Judiciary Committee has produced a 449-page report, released on Tuesday 6 October.

After interviewing Apple’s Tim Cook, Amazon’s Jeff Bezos, Facebook’s Mark Zuckerberg and Sundar Pichai, CEO of Google holding company Alphabet, the report found “their answers were often evasive and non-responsive, raising fresh questions about whether they believe they are beyond the reach of democratic oversight”.

Describing how the firms “have exploited, entrenched and expanded their power over digital markets in anticompetitive and abusive ways”, the report asked if “this pattern of behaviour raises questions about whether these firms view themselves as above the law, or whether they simply treat lawbreaking as a cost of business”.

The sanctions for “restoring competition in the digital economy” are just as severe, including “structural separations and prohibitions of certain dominant platforms from operating in adjacent lines of business” and “presumptive prohibition against future mergers and acquisitions by the dominant platforms”.

It’s a bombshell for the four firms, collectively valued at more than $5-trillion, whose market dominance is unquestionable. Consumers who have seen their personal data hoovered up by these firms, especially Google and Facebook, and then sold against personalised advertising for tens of billions of dollars of profit, will be experiencing some schadenfreude – akin to the relief South Africans felt last week when corrupt officials were finally arrested by the Hawks.

American legislators have sifted through huge amounts of evidence – some 1.3 million documents – to make their conclusions, which also include strengthening watchdog authorities. They accumulated “significant evidence that these firms wield their dominance in ways that erode entrepreneurship, degrade Americans’ privacy online, and undermine the vibrancy of the free and diverse press”.

Most importantly, it found “the result is less innovation, fewer choices for consumers, and a weakened democracy”.

Well hallelujah. Even if Homer Simpson is in the White House, it shows America’s lawmakers are still doing the job they were elected to do – well, half of them. Over in the parallel universe in Planet Republican, they are still complaining about conspiracy theories and their pet aggrievement (despite all evidence to the contrary) that social media is censoring conservative views.

Personally, having deleted Facebook and Messenger from my phone over privacy fears, I’m thrilled. As the report found, the companies appear to operate believing they are “beyond the reach of democratic oversight”.

It’s been mind-boggling to watch how these companies, once so innovative themselves, have become the big gorillas in the room who now stifle (or buy) smaller competitors. Facebook clearly bought Instagram and WhatsApp to shore up its users as young people abandoned Facebook itself and migrated to the picture-sharing app.

Accusations against Apple and Amazon include abusing their market dominance in the app store and marketplace, respectively. Both market and sell their own products in such stores (as does Google in the Android app store) often to the cost of smaller operators. Apple charges a 30% fee on all transactions through its app store – the only way to get apps on to iPhones and iPads – which legislators say increases costs for consumers. Google’s monopoly in search is common cause, as is its habit of highlighting results for its own services and products, including Maps, Gmail and Chrome.

More pleasing is that this is just the beginning of the antirust season. The US Justice Department is working on antitrust investigations against all four companies, as is the Federal Trade Commission and the attorneys-general from 48 US states.

“We must make our choice. We may have democracy, or we may have wealth concentrated in the hands of a few, but we cannot have both.”