At the Troyeville House, home is where the heart is

At the Troyeville House, home is where the heart is 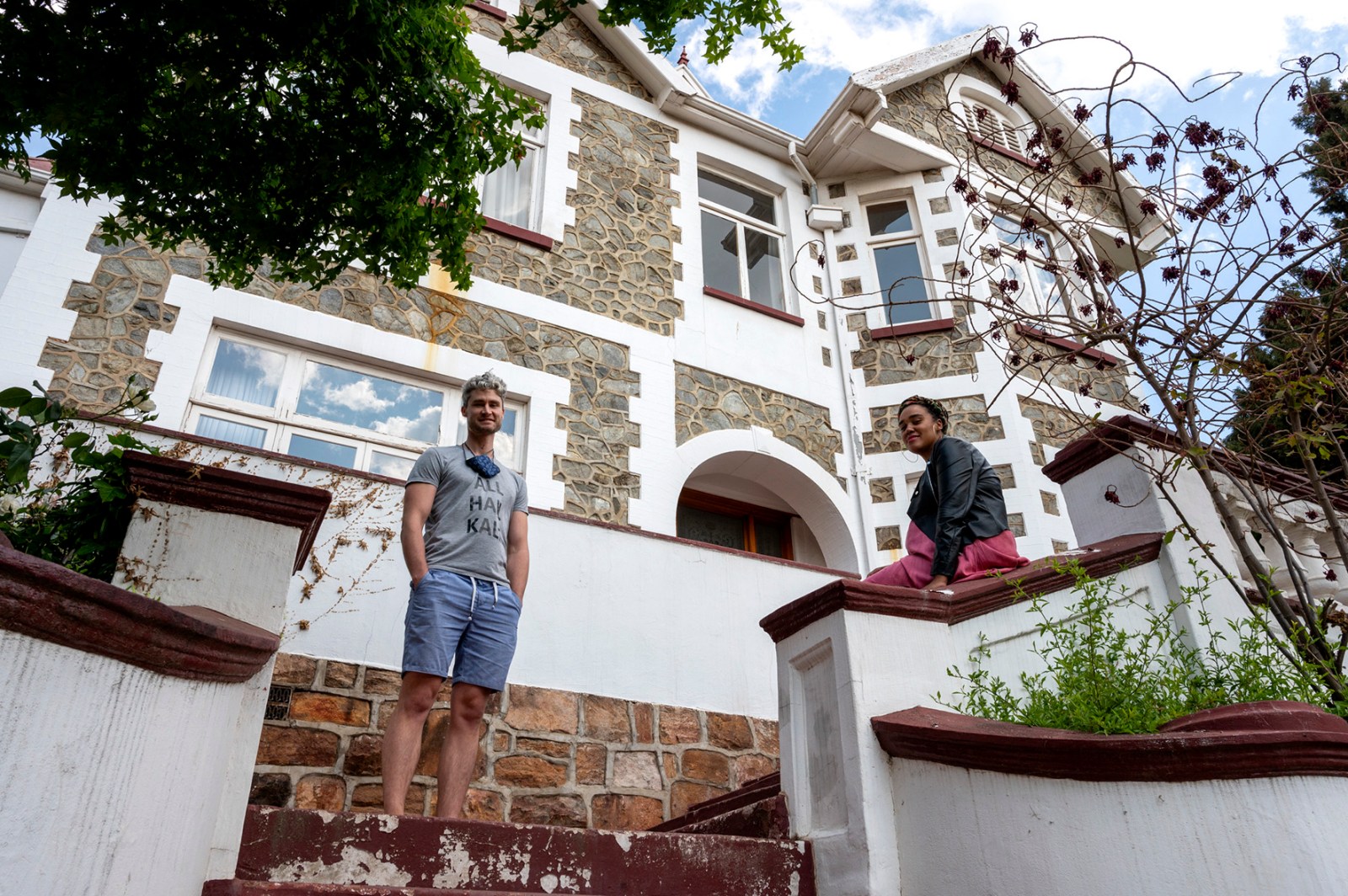 An old house on a Troyeville hill comes with a long history and heritage and now also a story of community, collaboration and creativity.

Joburg East rises and falls in slopes and valleys, its geography mirrors its nadirs of falling into neglect and deepening slum but also high points of opportunity turned to plan, a will to survive and a distinctive creative throb.

Bringing these two worlds closer together, or at least finding better connecting points for a community with complexities is, this Spring, taking shape in the Troyeville House.

The contrasts to begin with are impossible to ignore. Here on the rise of a ridge stands a twin-gabled beauty that is a towering landmark stretching up to a loft level as third storey. It’s a heritage house that traces its origin story to 1902, when Johannesburg was newly made in gold and some people’s homes were built as monuments to wealth and power. It’s a house that seems out of place in a Troyeville of 2020 that has in the last few decades shifted from working-class middle to working-class poor and also those who are only just getting by.

Simon Sizwe Mayson, Noni Godole and Chann de Villiera are three of the new residents who have moved into Troyeville House. They believe the old grand dame has life in her yet to play a different role in the community.

Mayson calls himself a changemaker. His work, research and studies in wellbeing economics; urban development and urban planning has morphed into a PhD loading, an approach of immersive research turned into his life choice and staying guided by a vision and personal intention to be part of building solutions.

“I see the Troyeville House as being a home; a kind of safe oasis in the community as well as a heart for the community that generates ideas and actions and connects up to all the other projects and initiatives that have already been happening in the valley,” he says.

As Mayson chats he notices boys throwing stones against one of many faded graffiti walls in the suburb; they’re also throwing stones at girls walking past. He rushes across the road, drops to his haunches and starts chatting to the children. He’s not there to chastise them, he’s finding out their stories, showing that responsible adults don’t just call you out, they engage so you are held to account – also accounted for.

For him the Troyeville House will connect with other early childhood development initiatives that he has already helped to set up. It includes a home for single moms and their children as well as foundations for a preschool that will be based at Victoria Yards, also in the valley.

The valley includes the suburbs of Bertrams, Lorentzville, Judith’s Paarl and Troyeville. It will rely on anchors in the neighbourhood. There’s Nando’s international head office that intentionally committed to its roots in this part of town. There’s the Troyeville Hotel, the Bertrams City Inner Farm and the Spaza Art Gallery. More recently Victoria Yards has bloomed. Spinning threads between them the many individual artists, artisans, entrepreneurs, waste reclaimers, hawkers and spaza shop owners strengthens webs in the most locally appropriate ways.

Mayson says for the Troyeville House the first phase of their project – till the end of the year – will be a kind of living experiment. It will bring together residents who are people who want to take their passions beyond their personal agendas to have a ripple effect that benefits the community. It will also offer residencies and host events. The property includes a small community hall and what was once a chapel. There’s room for vegetable gardens as well as space to build an off-the-grid, eco cottage that’s already on the cards.

Renting out spaces for meetings, events and other projects will help Troyeville House become sustainable into the future. For the first year they are funded by their rent payments, funders and a sweet deal in the purchase of the house. Troyeville House was last owned by the Enthoven family who own Nando’s, Spier Wines and Hollard Insurance. The sale has even come with most of the old furnishings that have belonged to the family thrown in.

For Godole, who lives in the cottage on the property with her three boys, Troyeville House in its new incarnation is about ideas, intention and impact.

Godole tells how she left her job as a pharmacy assistant, lost virtually everything then met with Mayson this year and found that through Troyeville House she could combine her passion for cooking and traditional healing.

During the Covid-19 lockdowns, Godole was able to do the cooking for the soup kitchens that were set up as part of a local response to hunger in the neighbourhood. Her cooking has become a business, but it’s eating as breaking bread, nourishment and following a kinder approach to the planet that checks our greed and our wild consumption of animals.

“I think people are moving in a direction of wanting to understand about what they put into their bodies, being closer to the wisdom of our ancestors and also that that cannot just be about your own wellbeing,” she says.

For Godole, arriving at Troyeville Home was a turning point; it’s showing up, adding value and recognising her own value too.

It’s part of the wellbeing economy that Mayson says is a guiding principle for the house. It’s about seeing value and contribution beyond the conventional of deep pockets, old privilege and paperwork from universities.

De Villiera calls herself “a girl from the hood”, having grown up in Joburg East. She understands the pressure of suburbs that fall through the cracks easily. In the past few years she’s worked to reimagine city spaces and buildings focused on keeping them connected to their communities – not existing as bubbles.

“I claim all the heritage and beauty in Troyeville House now that my partner and I live here, but I also don’t want this house to be a monument that people never see the inside of or feel that they don’t belong when they come through the front door. It has to be outward looking and it has to be about giving ideas a chance to grow into something,” she says.

Standing on the Troyeville House porch, she has a view right across the valley. It stretches past Ellis Park Stadium that looks as if the mothership has landed to where the Hillbrow Tower and Ponte pop up to signal Jozi’s skyline.

De Villiera stays with the gaze – it’s looking out to a city she loves, also to what might come next. “It’s beautiful; and it’s a new start,” she says. DM/MC