Anti-refugee prejudice in the Western Cape: solutions for hardship and hatred 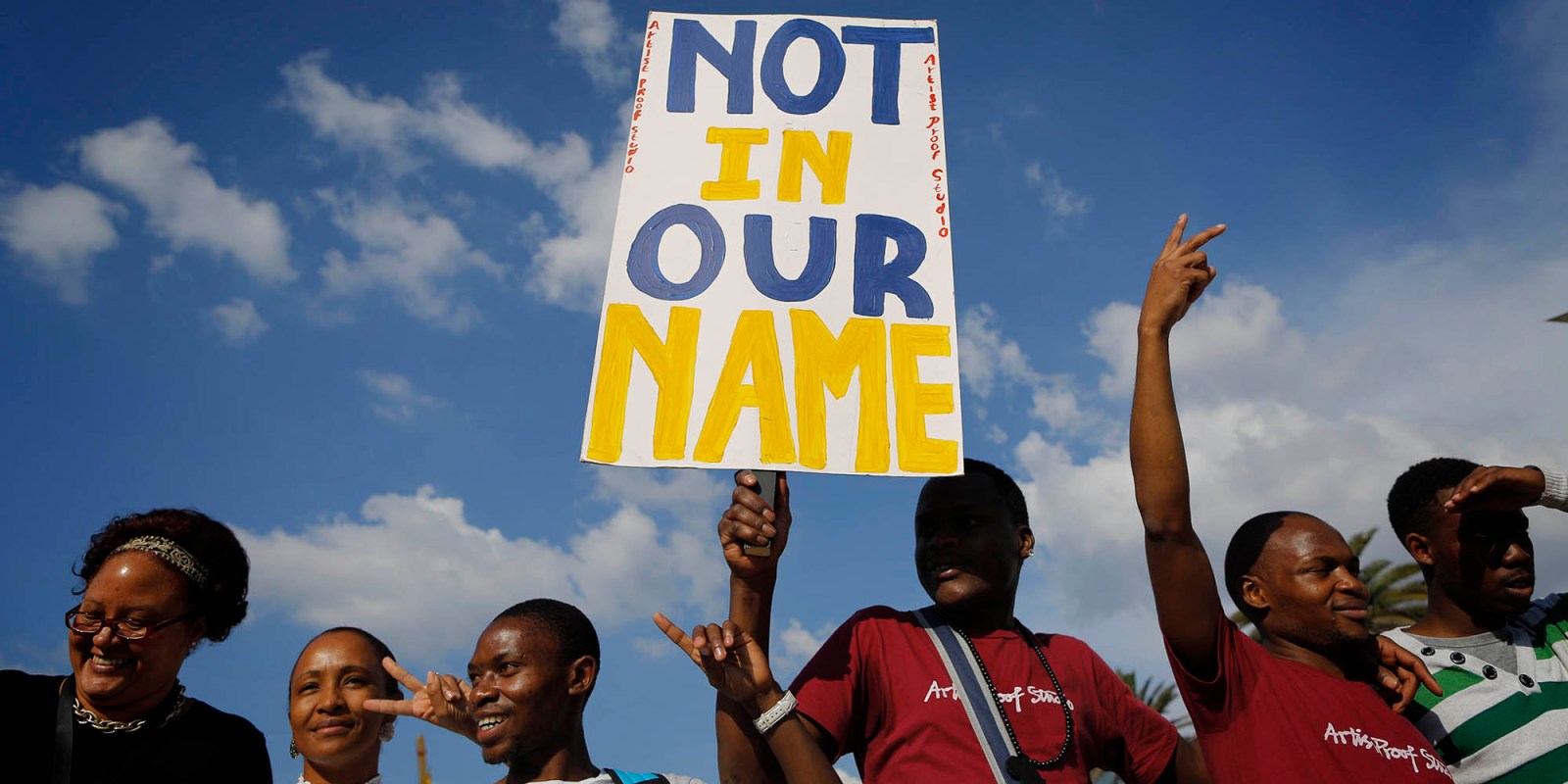 Life has only seemed to become harder for refugees and asylum seekers in the Western Cape. There are reports that many vulnerable migrants are denied access to relief programmes and healthcare. A special report on xenophobia highlights the negative effects of xenophobia on the everyday lives of non-nationals in South Africa.

It has been a year since hundreds of refugees and immigrants staged a sit-in protest at the UN High Commissioner for Refugees (UNHCR) offices in Cape Town.

The protesters were resettled in Bellville and Kensington, although life in these new settlements is challenging and food is scarce.  The UNHCR protests highlighted the daily discrimination and animosity that refugees face in the Western Cape.

In the year that followed the protests, life has only seemed to become harder for refugees and asylum seekers. There are reports that many vulnerable migrants are denied access to government relief programmes as well as essential healthcare. In a special report on xenophobia, Human Rights Watch highlighted how the negative effects of xenophobia impacts the everyday lives of non-nationals in South Africa.

Refugee advocates have accused the department of actively seeking to discourage new applications over the past decade.

Combatting the prejudice and discrimination faced by refugees was identified by the National Action Plan to Combat Racism, Racial Discrimination, Xenophobia and Related Intolerance (hereafter the NAP). Launched in March 2019 by the national government, many have criticised the continued failure to actively pursue the recommendations of the NAP.

To adequately address a problem, it is first necessary to understand it.  But the reality is that we don’t really understand how people in the towns, villages and suburbs of the Western Cape think about refugees and asylum seekers.

This knowledge gap has undermined government efforts to address the problem.

To redress this issue, attitudes and behaviors towards refugees are examined using contemporary public opinion survey data from Ipsos.  One part of a larger study on public views on non-nationals, Ipsos conducted a survey of the adult population of the Western Cape in November 2019.  The results showed that many people in the province were skeptical of welcoming refugees into South Africa.

Somewhat surprisingly, many Western Capers do not think that people should be able to take refuge in other countries to escape from war or persecution. Only a slim majority (55%) of the adult population agreed that individuals who are persecuted in their own countries deserve protection in other nations.

The provincial public was also divided on whether South Africa should accept refugees because the country has always had a culture of solidarity and compassion. About two-fifths (43%) thought that this should be the case and 19% disagreed. A significant share (68%) of the Western Cape populace said that welcoming refugees only encouraged more foreigners to come to the country.

A depressing large slice (65%) of the provincial population thought that refugees were lying about why they were in South Africa.

Acknowledging the reality of widespread anti-refugee sentiment in the Western Cape, we need to consider solutions.  How can we reduce xenophobia, strengthen social cohesion and improve the lives of refugees in the province?

We need communication campaigns that can change hearts and minds on this important issue. To organize impactful campaigns that expand positive public sentiment towards refugees, it is essential that we identify networks of public attitudes towards this group and target those people most open to persuasion.

The Liberal cluster constituted 24% of the provincial population and was characterized by tolerance and charity.  The Judgmental cluster was, on the other hand, the least accepting of, and the most hostile towards, non-nationals.  About a fifth (19%) of the provincial public fitted into this group.  The Careful cluster is typified by an acceptance of the rights of outsiders but an anxiety about the impact of migrants on local society. Roughly a quarter (26%) belonged to this group. Finally, the Ambivalent segment is basically disconnected from the issue and does not have strong opinions about migrants and refugees.  Approximately a third (31%) of adults in the Western Cape were in this group.

Communication campaigns can target those that had mixed feelings on refugees, asylum-seekers and cross-border migrants (i.e. those in the Careful and the Ambivalent segments). The Judgemental segment is probably too difficult to reach.

Communication efforts should target those media platforms that act as prime sources of information on immigration such as television and radio. Based on the attitude segmentation data, the Human Sciences Research Council is working with civil society to develop efficient and focused communication campaigns.

One of the most positive and impactful interventions that could assist asylum seekers and refugees living in host communities is integration programmes that promote co-existence among diverse communities.

Western Capers who had no contact with refugees were found to be the most hostile towards this group.  This confirms past research which showed that positive contact reduced xenophobic attitudes in South Africa and lessened unfounded stereotypes against this group.

“Immigrant integration” can be understood as the process of foreigners becoming full participants in the social, civic and economic life of a host society.  This will allow refugees to make a greater (and more positive) contribution to their community which will further undermine anti-immigrant stereotypes.

Pursuing these stratagems is both reasonable and possible despite the new challenges that the Covid-19 crisis presents.

Areas of focus for integration programmes include:

Perhaps the largest obstacle to refugee integration in any host society is documentation related to the pathway to citizenship. Without adequate documentation, refugees can be denied their most basic rights to healthcare, education and work. DM

Steven L Gordon is a Senior Research Specialist in the Developmental, Capable and Ethical State research division of the HSRC.