A legacy, not an empire: Fighting for Alf and African p...

A legacy, not an empire: Fighting for Alf and African photojournalism 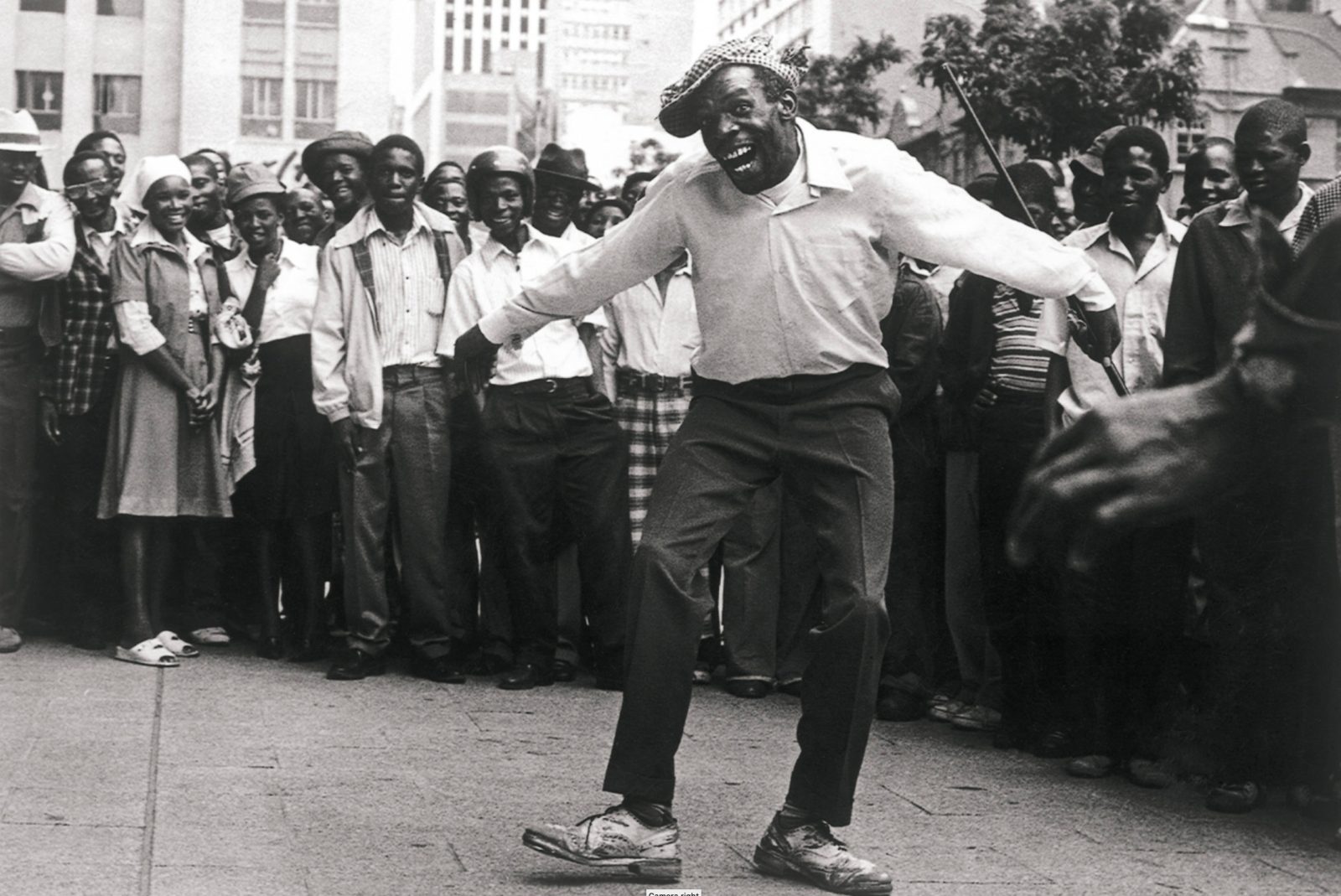 Street performer 'Mad Joe', associated with the tap-dancing tradition sparked by Nathaniel Blangwe in Sophiatown decades before, captivates his audience on the streets of Johannesburg in the early 1980s, Johannesburg, © Alf Kumalo Family Trust]

The contribution of photojournalist Alf Kumalo is as rich as the struggle era he covered was brutal. Yet preserving his legacy has been a struggle of another kind.

Alf Kumalo dedicated his life to recording the most formative days of modern South Africa, photographing many of the VIPs now in government. Those same people have shown they couldn’t care less about preserving a fellow stalwart’s legacy. The burden of safeguarding Kumalo’s extensive body of work now falls to his family who, with the help of a new local initiative, have finally been able to begin the archiving process. But what has been lost in the interim highlights the myriad challenges involved in preserving history captured on film, particularly for African photographers.

Before he died in 2012, Alf Kumalo liked to wager with the young photographers working at his museum and school in Diepkloof, Soweto, on how many frames he had committed to film in his career.

“Each time we discussed the size of his collection he would argue with me and say ‘the negatives are in the million-plus range’,” said Kwame Pooe, former administrator at the Alf Kumalo Museum.

It’s not difficult to believe. Kumalo began working as a journalist in 1951 at the age of 21, freelancing for Bantu World and taking photographs to illustrate his stories. He was later hired full-time by the Golden City Post, his photojournalism soon outpacing his writing, with  assignments from The Star, Drum and eventually the New York Times. He always had a camera or two around his neck; his children recall doing homework in a corner of The Star’s newsroom.

“The Star became our second home at some point,” said his daughter, Nonhlanhla.

Kumalo’s photographs offer a history of South Africa during the apartheid era and its aftermath. He covered Sharpeville, the Soweto uprising, the Treason Trial, the Rivonia Trial, Biko and Black Consciousness, the Codesa talks and the years of conflict that defined the era. His collection includes portraits and photographs of Oliver Tambo, Miriam Makeba, Hugh Masekela, Muhammad Ali, Duke Ellington, and the Mandela family. Under apartheid, he was tortured, beaten and arrested alongside the activists he and others risked their lives to photograph.

Many of those activists became the ruling elite, overseeing institutions that claim to preserve South Africa’s heritage. Kumalo was never able to garner support from the state to archive and safeguard his collection.

“I think it’s a lack of will on the side of political leadership,” said Pooe. “He served his purpose. He recorded history. What more could they get from him? Internationally people know of Alf Kumalo, but locally he’s not appreciated.”

“Alf worked his whole life and made reasonably good money,” said photojournalist Greg Marinovich. “But you need megabucks to be able to look after your work long-term. On top of that, the environment was tricky for first-generation photographers like Alf. Their work wasn’t seen as truly valuable by people in the community. And the galleries never picked up their collections,” he added.

Although Kumalo secured Arts and Culture funding to buy a scanner, he began digitising late in his career. He couldn’t pay an archivist to secure his images online. Many photographers rely on museums and academic institutions to assist, but their collections often get buried or the intellectual property rights are contested, Marinovich said. Those who do exhibit and sell their work must contend with theft of negatives, exorbitant commissions and under-the-counter deals by dishonest galleries, newspapers and collectors. This leaves photographers vulnerable to exploitation, with wealthy collectors buying up their work for a song and selling it through foreign galleries at massive markups.

With his Soweto museum, Kumalo had hoped to exhibit and sell his work independently, an expensive undertaking. Although he received intermittent support from the now-defunct Italian NGO Movimondo, he resorted to selling his books out of his car boot to keep the business afloat.

After his death, his museum was soon vandalised. Photographs were pulled off the walls, his dark room was raided, and at least one hard drive, containing countless images he had paid assistants to digitise, was stolen.

“I went past the museum on a trip to Soweto the day before Heritage Day,” said friend and photographer Fanie Jason. “Someone happened to be cleaning the yard and he let us look inside. There were Alf’s historic, valuable photographs lying on the floor in a pool of water. I had tears in my eyes. I just couldn’t believe that the provincial government didn’t intervene to preserve his legacy, like it’s preserved in other countries.”

The South African Heritage Resources Agency, described on its website as “the national administrative body responsible for the protection of South Africa’s cultural heritage”, had not commented by the time of publication. The South African National Editors Forum (Sanef) said it was unaware of these problems, but called them a “devastating state of affairs”. (Kumalo won Sanef’s Nat Nakasa Award for Media Integrity in 2005.)

“I think photographers have a responsibility to look after their own legacies,” Marinovich said. “But often we can’t see the wood for the trees. I can see how Alf’s legacy would be in a mess. It’s very difficult for an individual photographer not to be left in a mess. Even though the value of the images goes up when you die, if a collection is not organised and set up, it becomes a burden.”

“Time has passed, wounds have healed,” said Nonhlanhla. “Now it’s a matter of people being adults and figuring out how to do this. We realise we couldn’t leave things as they were. It’s not an empire we inherited, it’s a legacy — and we had to sit down and figure out how we handle the magnitude of that responsibly, whilst retaining our identities and our lives.”

The family has been approached by Kate Dearlove at archiving service African Media Online, with photojournalist Paul Weinberg, who established the Photography Legacy Project to make “a critical intervention in photographic archives”. Its aim is an online portal to “venerate” photographers’ work.

“Alf was acknowledged through newspapers, but he was never fully compensated or rewarded for his artistry,” added Nonhlanhla. “Most of the time, someone else is benefitting commercially — and that’s really sad. If we can do something about that to help photographers make a sustainable living and be rewarded commensurately for their work, I’m hoping that helps us get back that which us ours.” DM168