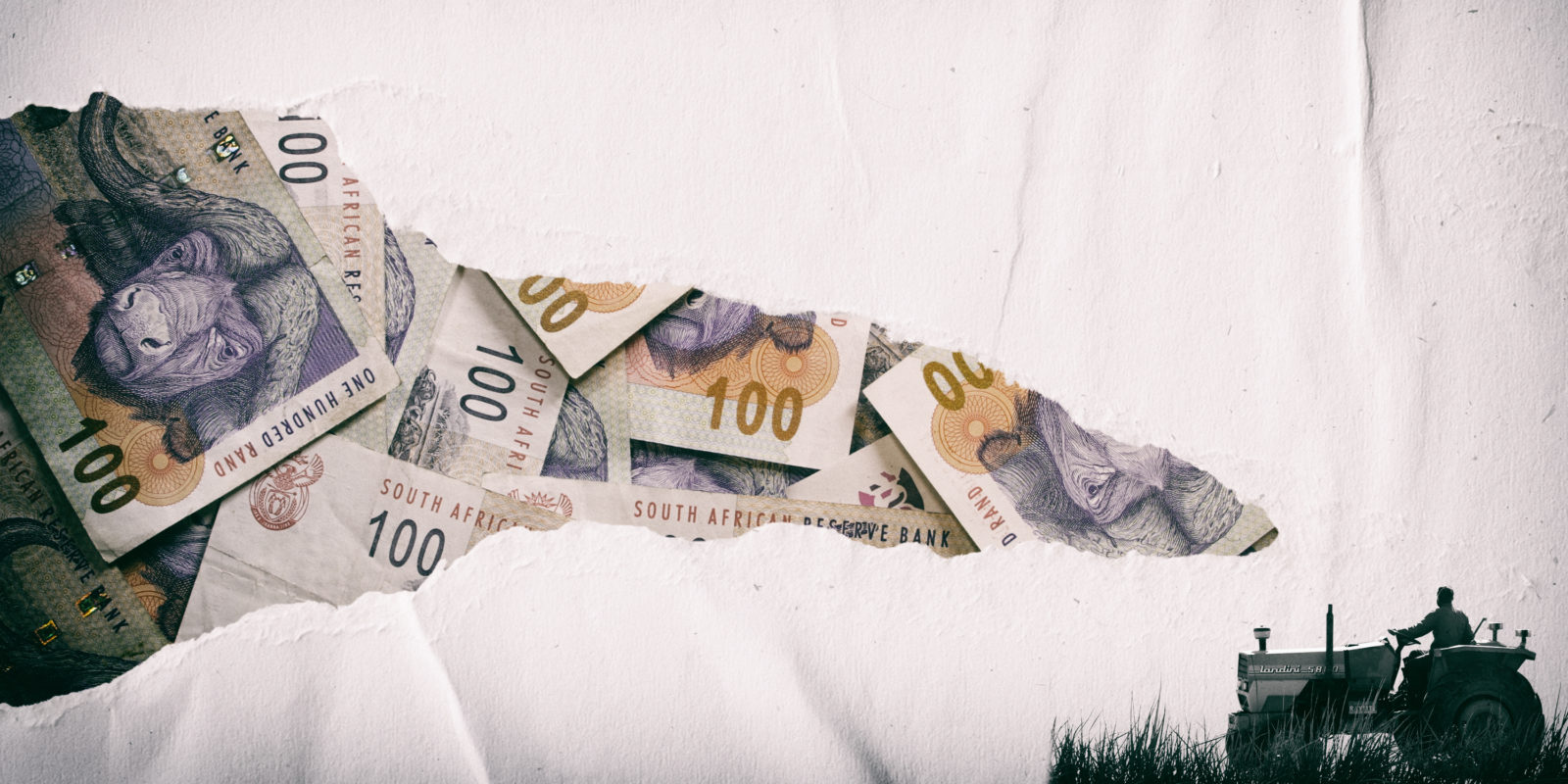 Three months after the Land Bank was granted a R3-billion cash injection from the government, the state-owned lender is looking for more money. It has proposed a further R10-billion bailout from the government to pay its smothering debt load.

The Land Bank has asked the National Treasury for a R10-billion bailout, which the government would shell out in the next three years to prevent the collapse of an entity that provides loans to emerging and established farmers.

The Land Bank confirmed to Business Maverick at the weekend that it has asked for a R10-billion “equity injection” – over and above the R3-billion that Mboweni allocated to the bank in the June supplementary budget. An equity injection is a government bailout, as it is intended to provide financially distressed companies with emergency money.

“However, this [the request for additional support] is still subject to consideration of the National Treasury and following of government’s due budgeting processes,” the Land Bank said.

Mboweni might allocate additional funding to the Land Bank in the MTBPS, which will be presented in Parliament on 21 October, or the main February budget. Both events normally set out fiscal policy and government budget allocations over three years.

In the MTBPS, Mboweni is expected to announce departmental budget cuts and the reprioritisation of funds towards troubled state-owned enterprises, among them SAA, which has asked the government for at least R10.5-billion to implement its business rescue plan.

Land Bank is ‘too big to fail’

The Land Bank’s financial problems – caused by an exodus of executives in recent years, “junk” downgrades of its credit rating by Moody’s and drought conditions that have made it difficult for farmers to pay back their loans – have hobbled its ability to extend new loans to farmers.

Mboweni is sympathetic to the Land Bank’s financial requirements, previously saying the bank is “too big to fail” because it provides 28% of SA’s agricultural debt. Loans provided to farmers by the Land Bank are crucial to keeping their agricultural operations going while maintaining SA’s food security, especially during the Covid-19 pandemic.

Unlike SAA and Eskom, the Land Bank has, since 2006, shown itself to be largely self-sustaining and profitable, and has enjoyed no government guarantees (an agreement that the government would pay a state-owned entity’s debt if it defaults on payments).

Of the R10-billion that the Land Bank has requested, it has proposed a R7-billion cash injection from the government for its financial year 2021/22 and the remaining R3-billion to be released in tranches of R1-billion per year for the following three years.

Most of the funding (R7-billion) will go towards paying the Land Bank’s debt load, which stood at R45-billion during its financial year 2019, comprising mostly short-term debt that matures in less than 12 months. And the remaining money will fund its day-to-day operations. Beyond extending loans, the Land Bank also provides insurance cover to farmers from risks such as natural disasters, fire, flooding and theft.

The Land Bank has become another basket case, missing loan and interest payments of more than R1-billion since April 2020 to lenders through its two domestic medium-term note (DMTN) programmes that were launched in 2010 and 2017. The DMTN programmes are debt instruments – like a credit card facility used by a company at its discretion – to fund operational activities. To raise money in the open market, a company would issue debt or notes to lenders with a promise of paying back the money with a fixed and floating interest rate at a later stage.

Since 11 August 2020, the Land Bank said it has paid all outstanding interest on its debt, which was made possible by the R3-billion equity injection it recently received from Mboweni in June. Of this equity injection, the Land Bank has so far used about R2.4-billion to pay lenders and the balance will “be used for future liability redemption [debt payments called by lenders]”.

But the Land Bank’s outstanding debt amounts (excluding interest) have not been paid as the bank is in ongoing negotiations with lenders about repayment terms. DM/BM