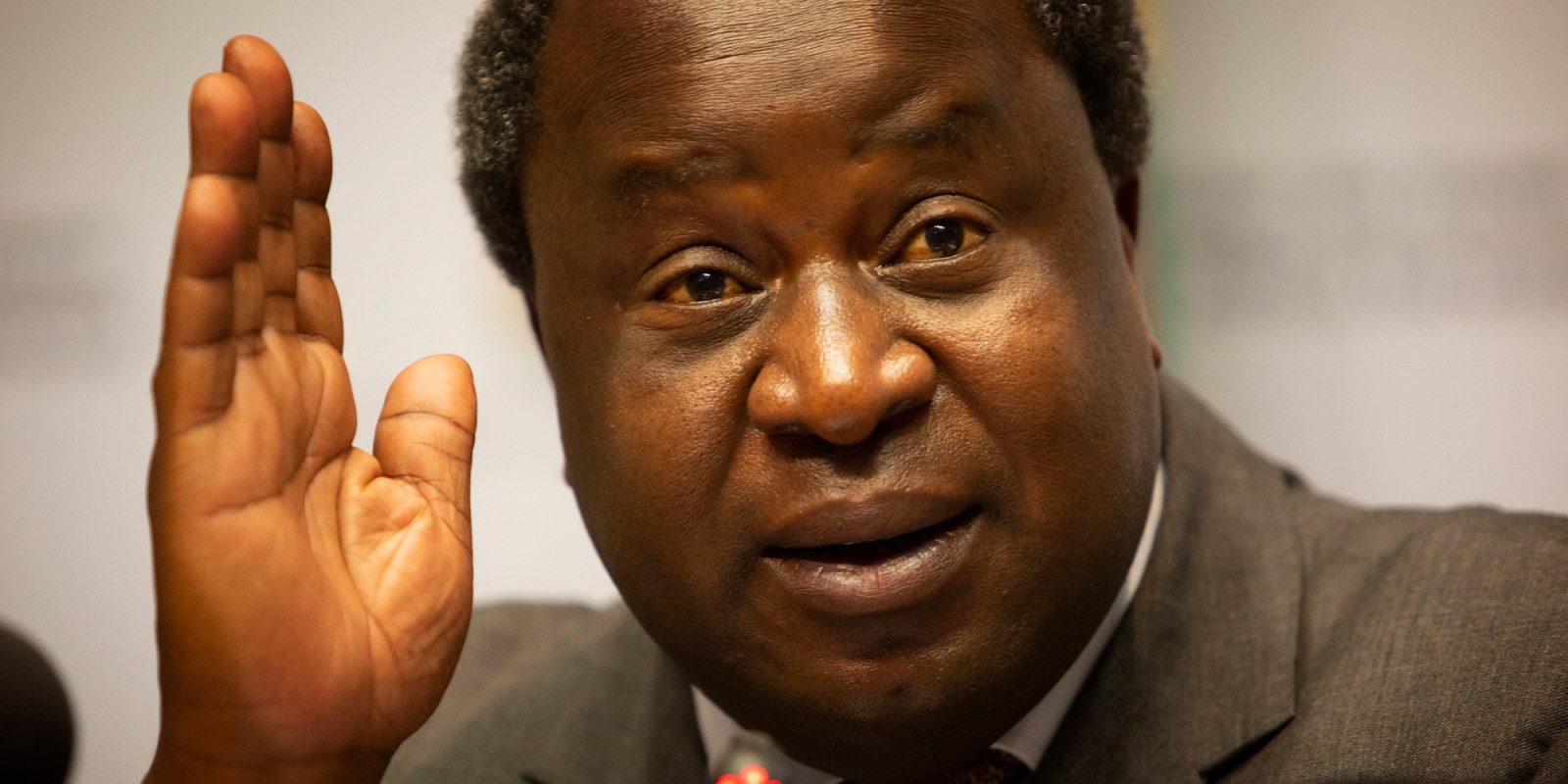 Minister of Finance Tito Mboweni speaks to journalists at a media briefing prior to delivering his budget speech in Parliament on 26 February 2020 in Cape Town. (Photo: Leila Dougan)

The tweets of Tito – garlic, tomatoes, Lucky Star pilchards and a pale chicken – have helped make Finance Minister Tito Mboweni a social media disruptor, changing the way politicians communicate with the public. He shared his media habits with DM168.

While US President Donald Trump has weaponised his Twitter account, turning it into a digital grenade, South African Finance Minister Tito Mboweni has turned his into a cooking channel, earning him a new constituency.

With almost 1 million followers on Twitter, Mboweni has become a tourism magnate for Magoebaskloof in Limpopo, where he lives. His Twitter profile reads “Duke of the Duchy of Makgobaskloof” and is a title he now seems to savour as much as he does that of “Governor”, a remnant from his years as SA Reserve Bank governor.

The photographs he posts of the verdant and misty Magoebaskloof Valley in Limpopo, with its avocado tree forests, macadamia nut groves, wild bougainvillea in colours so beautiful your eyes won’t tire of staring, and of flowing waterfalls, are drawing a crowd of new tourists to an area beloved by those who know it but which does not have the go-to popularity of Cape Town or Durban.

Last weekend, former Absa CEO Maria Ramos and her husband, former finance minister Trevor Manuel, visited Mboweni and had lunch at the Mountain Café, where you can often find the minister. His Twitter feed is filled with images of masked – for Covid – visitors, bumping elbows with him on visits encouraged by his timeline. “This has been an amazing journey for me, this Twitter and Facebook. People have told me that after seeing my posts they come to visit and come to experience the place. Caiphus (Kgosana of the Sunday Times) told me he had been to the Eiffel Tower in Paris but not here.

“It’s a most special place,” says Mboweni. He doesn’t often have visitors over to his Duchy, but they have an idea of which restaurants he will be at and National Treasury staff sometimes make a weekend trip to work there with the minister.

Mboweni is political district champion for Mopani (the country’s been chopped up into 44 districts for development) and he punts the area at any opportunity. His other sobriquet is National Chef, after the moonlighting minister began to show off his culinary exploits on his Twitter feed. His copious mounds of cut garlic and tomatoes are used as a base for eggs (six at a time, just for himself), pork ribs “à la Mboweni”, Lucky Star pilchards (his favourite) and masonja, all of which he presents to an eager audience on Twitter and Facebook. His cooking exploits with a pale chicken stuffed with peppers cooked in a seen-better-days oven earned him a Nando’s roasting. The brand used its Twitter account to label an equally desultory meal posted by a different cook as “The school of Tito in full force”.

His good-natured, uproarious Twitter account, reported on by media across the world, has earned him a media-savvy, young following. Unlike Trump, it’s not a weapon but a tool. Until he built this new constituency, Mboweni, who stepped in after Nhlanhla Nene resigned in 2018, was a business darling, even though he was the first post-apartheid labour minister and gifted (or cursed, depending where you stand) the country with its labour law compact of systems. He was adviser to Goldman Sachs and chair of AngloGold Ashanti’s board. He’s something of a student of media disruption. 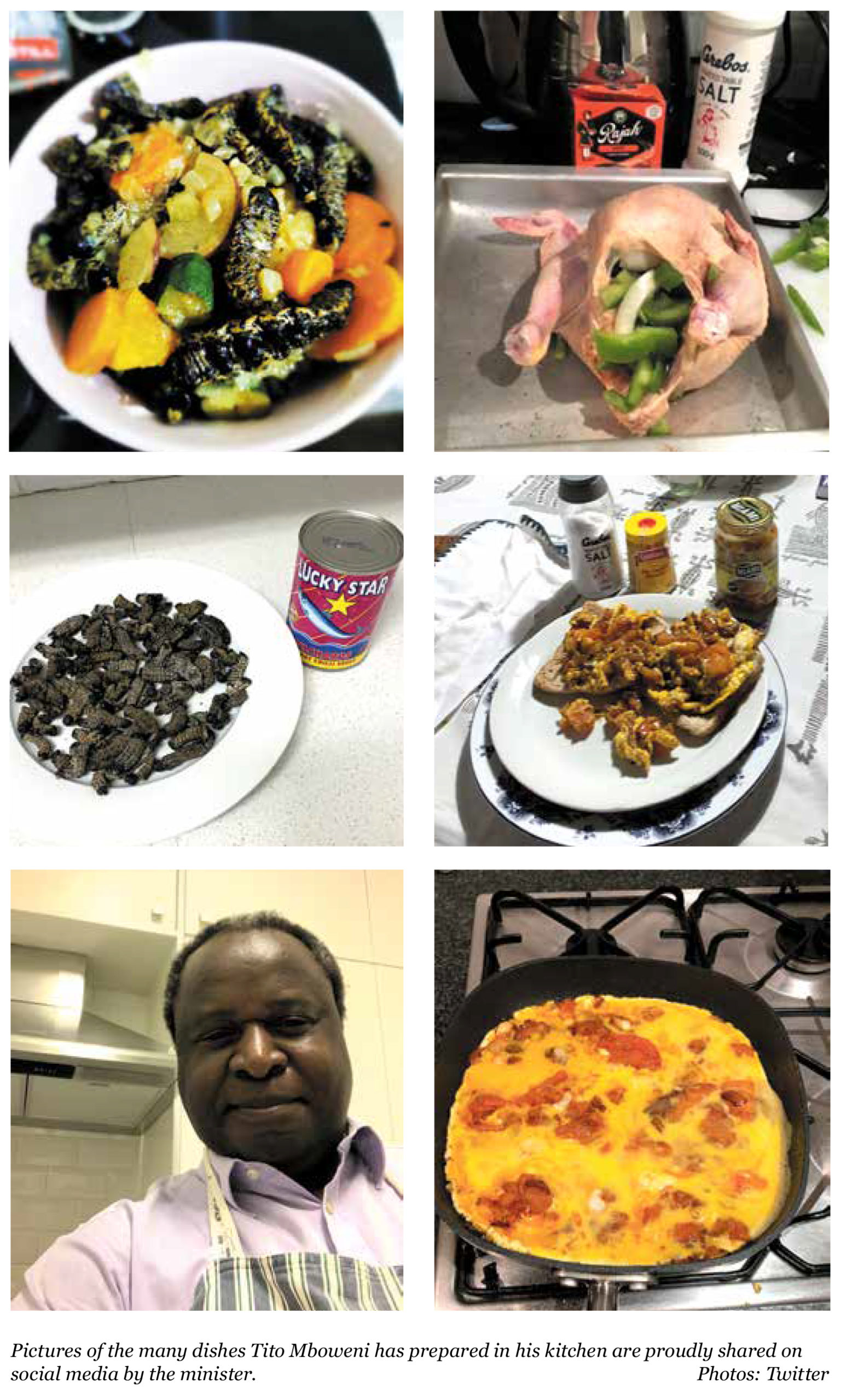 “The internet, Twitter and WhatsApp have changed everything. Now young people are talking to each other all the time. In the morning, I receive the National Treasury’s early-morning briefings. Needless to say, I focus on the business pages and the political pages to see what the ANC has done this time around. Also Kaizer Chiefs and Liverpool. Most of the time, it’s dated. (Nowadays) you don’t have to wait till tomorrow, because the news is there immediately. Reuters, Bloomberg, the Wall Street Journal, Fin24 are already providing developing stories. The world of news has changed seismically. You can’t hide anything or wait for the paper in the morning. Some (leaders) in politics and business surprise me (because they don’t know this).”

In September, he raised this theme when he tweeted, “Politics today is different to the 1940s. Failure to understand that will make many in politics to be like fossils. You have to be versatile, accessible and know how to tweet.” To which a wit on Twitter responded with a picture of the poor stuffed chicken said, “Cooking today is different to the 1940s,” and Mboweni retweeted that, as he often does with his cooking critics, thus creating a plaything with a social media form too often associated with hate and misinformation.

Unlike the DA’s federal chair, Helen Zille, who buckled under Twitter’s glare and its capacity to talk back tough, Mboweni ignores the hate and makes maximum use of its reach to extend his political personality.

It has worked to build a constituency for Mboweni and to allow him to say things he is unlikely to be able to in the stuffy confines of Cabinet meetings. He often riffs about how much is being spent on bailouts for state-owned enterprises; he retweeted a Rico cartoon from Business Maverick which poked fun at Public Enterprises Minister Pravin Gordhan for feeding a fat pigeon fashioned as SAA with Mboweni looking on disapprovingly.

Mboweni has refused to yield his Twitter account to his media team, who would strip it of personality and make it a business tool.  “You have to sort and make sense (of social media). Ignore the fake news. Follow the Twitter feeds by the news agencies. It’s just a playground,” he says. “I use Twitter to inform, to educate, to debate and to deliberately provoke.”

What is your first morning read?

I receive the National Treasury early-morning briefings, which I go through for about an hour or so. Most of the time, it’s dated.

What is the first news site you visit?

There isn’t a favourite site. I always go through all of them to decipher fact from fiction. I follow some writers and I follow some Twitter handles. As a statesman, I have to be fully informed. I don’t get tied to any site. You may think it is, but Business Day is not my favourite. I like the Wall Street Journal. I read Daily Maverick.

Do you read newspapers?

Mine’s a bit of a ‘hybrid system’ in ANC language. I buy physical newspapers but find everything is online. The other day, I went to Magoebaskloof to buy the Sunday Times, but everything was online.

Do you find news deserts – areas the media does not cover?

I don’t find that. If I want to read on Cameroon, it’s well covered. There is a Magoebaskloof website, a Tzaneen site, a Lethaba newspaper. There is lots of information.

Which books are on your bookstand?

Too many. I am reading the Super Afrikaners [by Ivor Wilkins and Hans Strydom with a new imprint introduction by Max du Preez] and Letters from America [by Alistair Cooke].

Which SABC channel do you watch?

I don’t have television.

Streaming. Netflix? Showmax? Something else?

I’d rather read a book. (Later, a staff member reveals that he regularly shares YouTube videos with staff.)

Radio 2000 for music and entertainment when I’m on the road. I like CDs of choral music and S J Khoza is my favourite composer. DM168 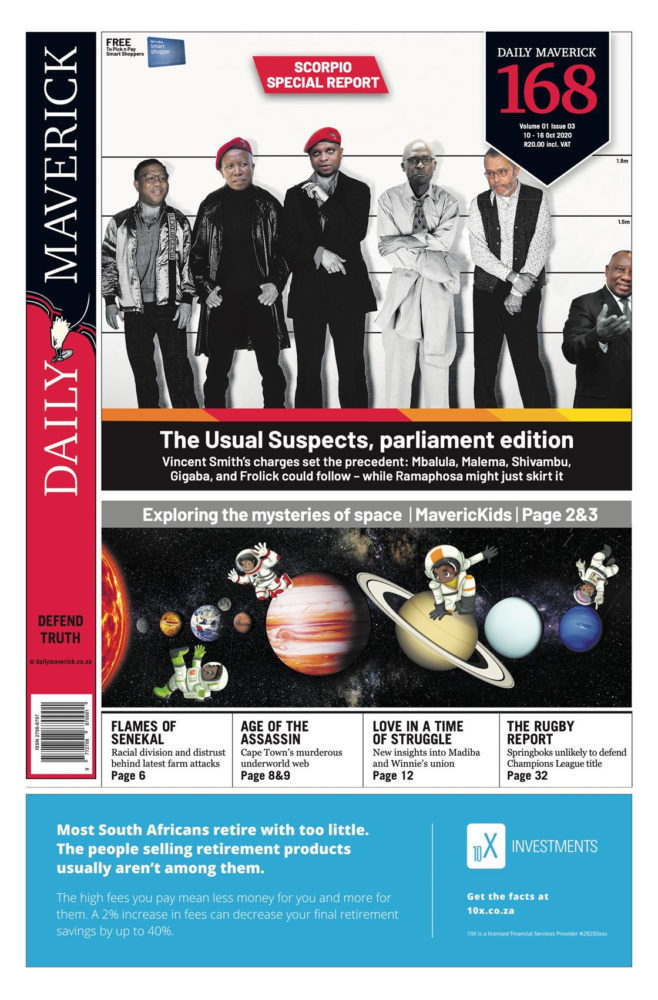