Bledisloe Cup marks a first step back to rugby ‘norma...

Bledisloe Cup marks a first step back to rugby ‘normality’ 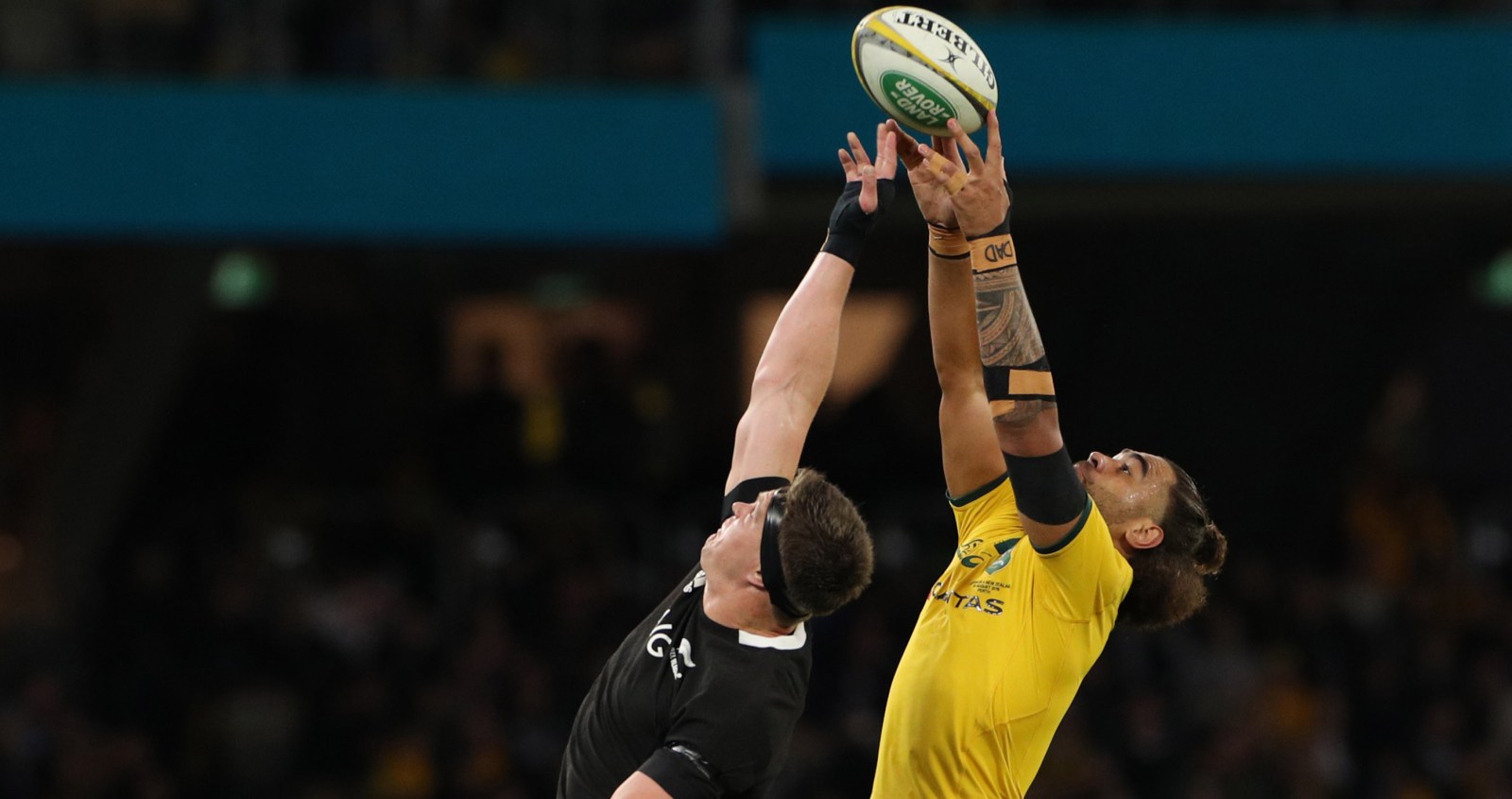 Archive Photo: Lukhan Salakaia-Loto (R) of the Wallabies and Scott Barrett (L) of the All Blacks contest a line out during the Bledisloe Cup rugby union match between the Wallabies of Australia and the All Blacks of New Zealand at Optus Stadium in Perth, Australia, 10 August 2019. EPA-EFE/RICHARD WAINWRIGHT AUSTRALIA AND NEW ZEALAND OUT

The Bledisloe Cup clash between New Zealand and Australia in Wellington on Sunday will be the first post-lockdown rugby international between two teams that have had nearly four months to prepare.

An afternoon kick-off in New Zealand between the All Blacks and Wallabies, in front of fans, not only harks back to last year, but to a far more distant time when New Zealand played daytime Tests.

With the advent of the Tri-Nations in 1996, which later morphed into the Rugby Championship, global television demands changed the landscape. Tests in New Zealand started in the evening to make them more palatable to TV audiences in South Africa and Europe.

Instead of 15:30 starts in New Zealand (04:30 in SA), matches kicked off around 20:30 locally (09:30 in SA), eliminating the joy in thousands of SA homes of setting an alarm and watching a great Test under a blanket with coffee, or something stronger for those so inclined. By the time it was over, you still had plenty of time to attend to Saturday chores.

It’s also something the players missed. All Blacks players love coming to South Africa to play on the sunny highveld. They remark on it constantly, be it in Super Rugby or at Test level.

This weekend’s game comes after an acrimonious build-up to the 2020 Bledisloe Cup against the backdrop of a splintering Sanzaar, and growing tensions between Rugby Australia (RA) and New Zealand Rugby (NZR) over the latter’s breakaway from Sanzaar with scarcely a look back.

And the stakes of fixture are further heightened by it being the first post-Covid Test and nearly two decades of All Black dominance in the trans-Tasman rivalry. To add to the occasion, the match will be played in the late afternoon. Floodlights might not even be needed.

Both have new coaches, leading the teams for the first time, although All Black head coach Ian Foster has spent eight years in the coaching set-up.

The Wallabies’ Dave Rennie is a New Zealander who famously coached the Chiefs to two Super Rugby titles. The subplots are marvellous.

The recently completed Super Rugby Aotearoa, which pitted New Zealand’s top provincial teams against each other, delivered some breathtaking rugby.

Australia’s provincial sides, too, delivered some quality rugby and there is genuine hope that the Wallabies can win their first Test in New Zealand since 2001, which would set them on their way to the Bledisloe Cup title for the first time since 2002.

But there is an experimental feel about both teams too. Foster kept to their Rugby World Cup 2019 experiment of playing Beauden Barrett at fullback with Richie Mo’unga starting at flyhalf. The Crusaders pivot has been in superb domestic form, which made Foster’s decision easy.

“They’re two highly influential players for us. They really grew in their game last year and there were great signs there,” Foster said of the Mo’unga/Barrett decision.

“As this team is new, as we learn what we want to do, having two fantastic decision makers on the park will help us guide ourselves around.”

Jordie Barrett, Beauden’s younger brother, starts at right wing after being the form fullback in Super Rugby Aotearoa, while regular wing Rieko Ioane will start at outside centre. There is plenty of firepower in that All Black back division.

“It’s a hell of a side, isn’t it?” Rennie said on Friday after Ian Foster named his All Blacks 23. “And pretty predictable. I think the only guy I didn’t have in there was Jordie Barrett on the wing.

“I thought Anton Lienert-Brown would be at No 12, maybe move Jack Goodhue out and have Rieko on the wing. But Jordie has been in such great form I guess they needed to find a place for him.

As usual it will come down to the forwards to set a platform. In this area the Wallabies will no doubt be an improved unit under Rennie. All Black forwards coach John Plumtree was expecting a tough afternoon.

“I guess they’ll come here with a real physical mindset around the contact areas,” All Blacks assistant coach John Plumtree told the media. And they’ll probably play (with the ball) a lot – that’s one of Rennie’s basic principles of the game, really.”

Whatever the backdrop and the outcome, Sunday marks a first small return to normality in the rugby world. The question now is – will it be the same old result, or will the Wallabies use this new beginning to make a winning start? DM