Zuma’s attack on a judge is without merit, but it’s still dangerous for South Africa 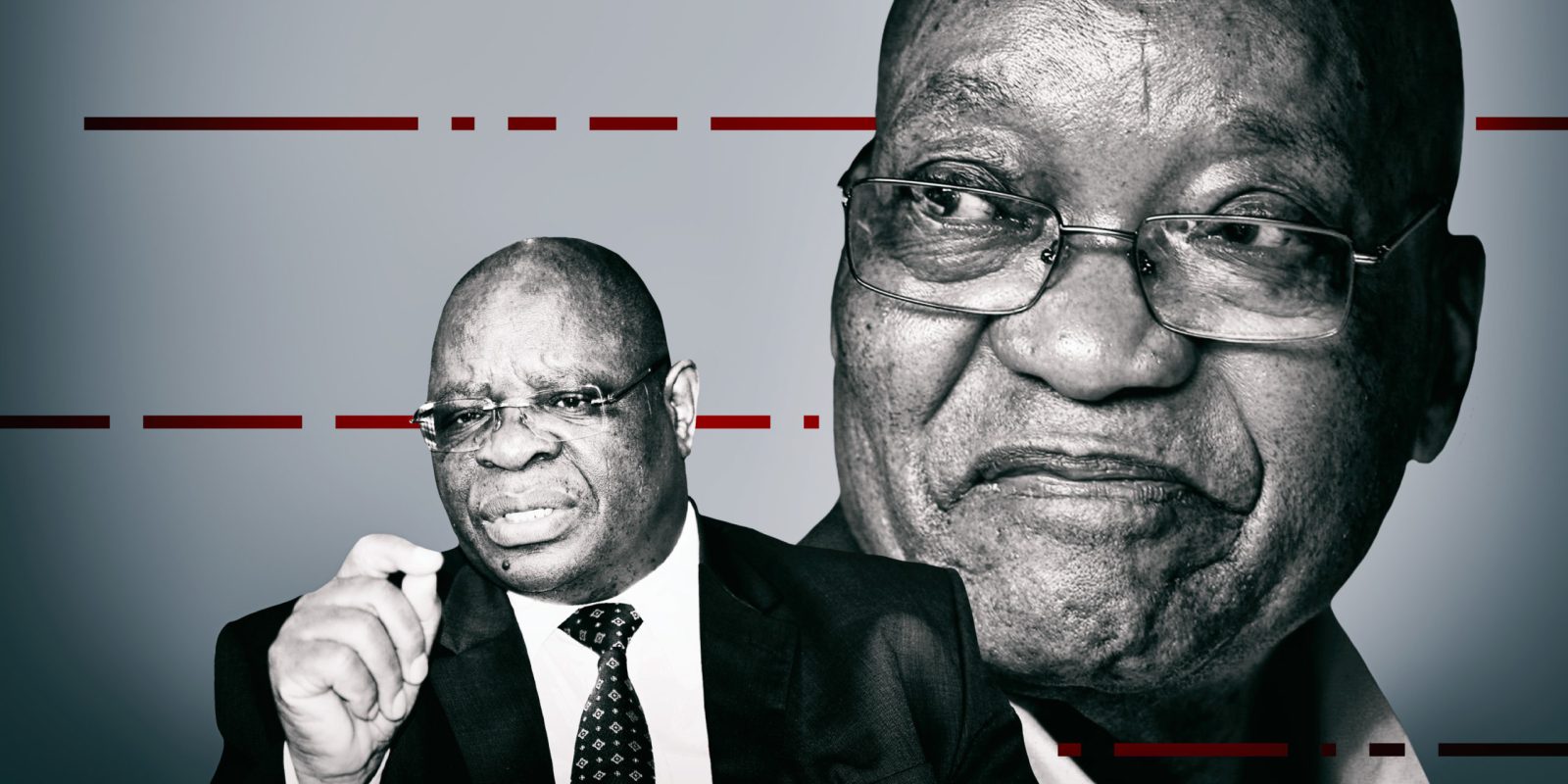 Former president Jacob Zuma’s accusations of bias will not determine whether Deputy Judge President Raymond Zondo recuses himself from the chair of the State Capture inquiry. What matters is whether ‘a reasonable, objective and informed person’ understands that Zondo has not brought an impartial mind to bear on evidence before him.

“Post-truth” culture is exemplified by the constant negation of fact-finding, expertise and research. Within such a culture, speakers, whether they occupy positions of power or are commenting anonymously on social media, become increasingly comfortable with claiming that reality is whatever they say it is. This, without any need to offer evidence which can be evaluated against objective criteria through reasoned argument.

Former South African president Jacob Zuma adopted this approach when he recently demanded that Deputy Chief Justice Raymond Zondo, the head of the state capture inquiry investigating grand corruption during Zuma’s tenure, recuse himself. He claimed the judge was biased against him.

No evidence is provided of the strained relations, nor of what aspect of Justice Zondo’s and Zuma’s personal dealings could have resulted in bias. Zuma’s “view” alone is sufficient.

Claiming a right to determine reality by mere say-so is becoming increasingly commonplace, but we should never get used to it. It is dangerous, because it has the potential to destroy two of the foundations of a healthy society: recognising the distinction between facts and opinions, and using reasoned argument, rather than status, to establish the truth.

Since 1999, we have had a test for the impartiality of individual judges from the Constitutional Court case of President of the Republic of South Africa and Others v South African Rugby Football Union (Sarfu) and Others. In this case, the head of Sarfu, Louis Luyt, asked five of the judges of the Constitutional Court to recuse themselves because of their personal relationship with Nelson Mandela, the president of democratic South Africa at the time.

Luyt complained that the then Chief Justice Arthur Chaskalson had attended the wedding of Mandela’s son. He also said other judges had been closely associated with the ANC governing party before their appointment to the Constitutional Court.

The court rejected the application. It held that the test that the applicant had to meet was objective, and that the onus of establishing it rested upon the applicant, who had to show that a reasonable, objective and informed person would on the correct facts reasonably apprehend that the judge has not or will not bring an impartial mind to bear on the adjudication of the case, that is a mind open to persuasion by the evidence and the submissions of counsel.

The judge himself or herself decides the application, although refusals to recuse can be taken on review to higher courts. The court also emphasised the presumption that judicial officers are impartial in adjudicating disputes, because legal training and experience prepare judges (to determine) where the truth may lie in a welter of contradictory evidence.

Finally, the court stressed strongly that the reasonable apprehension must be that “the judicial officer will not decide the case impartially” and not that he or she “will decide the case adversely to one party”.

The question is whether the same impartiality test applies to chairs of commissions of inquiry as well.

In one way, the impartiality of chairs of commissions might appear even more important. That’s because they are actively involved in the collection of evidence, rather than sitting back passively while two sets of lawyers present the evidence of their choice in the adversarial setting of a court case.

On the other hand, commissions of inquiry do not make binding rulings. All they do is to give advice to the office that created them, and their recommendations have no direct effect on persons implicated in the reports. But if we assume that the same, stringent test applies to the chair of a commission, it is likely that Justice Zondo’s past association with Zuma will not be a ground for recusal.

Most importantly, Zuma’s own view of Justice Zondo’s bias – “firm” or not – will simply not be the deciding factor in determining whether Justice Zondo is biased. What will matter is whether a reasonable, objective and informed person would understand that Justice Zondo has not brought, or will not bring, an impartial mind to bear on the evidence.

Zuma has not provided any evidence to prove, as he is required to do, that Justice Zondo would not bring an impartial mind to the task before him. Indeed, some of the “evidence” mentioned in the letter amounts to a complaint that Zuma is not being given preferential treatment.

Thus it treats as bias a generally applicable rule announced by Justice Zondo – that the commission makes the final decision on hearing dates, not the witnesses – and the fact that Justice Zondo did not accept that Zuma was ill on one of the occasions that he did not appear before the commission.

In January, Zuma tried to postpone appearing before the commission, citing ill health. His affidavit included this revealing statement (paragraph 35): “I urge the Commission to accept that my views on State Capture answer the various opinions expressed by different individuals who have given their views to the Commission. The Commission and its witnesses are entitled to their views about me, but I am equally entitled to reject them.”

The letter by Zuma’s lawyers demanding Justice Zondo’s recusal does not even bother to state that Zuma provided sufficient evidence of his illness when he wanted to postpone his hearing in January. He sees it as proof of bias (which he is stating now) that Justice Zondo did not accept his evidence then.

It is up to the chair to evaluate the evidence brought to the commission, including evidence that a witness is unable to attend. It is thus not in itself a sign of bias if the chair finds the evidence insufficient. Again, Zuma seems offended that his own “reality” has not been validated by the person whose job it is to consider all evidence impartially, on its own merits.

Facts matter. It’s the job of courts and commissions of inquiry to work out what they are. The statements by other witnesses implicating Zuma in orchestrating grand corruption are not “views”. They are central factual allegations that Zuma must address so that the commission can determine the extent of corruption and its agents. “Compelling” Zuma to do so through a summons (one of Zuma’s complaints in January) is not a sign of bias or bullying.

It is a sign of a commission doing its job on terms approved by the Constitutional Court. By casting doubt on the impartiality of the chair, Zuma is probably just buying time. But he is also discrediting a vital institution for ending corruption in South Africa, and undermining the process which South Africa needs for a clean start. DM

Cathleen Powell is Associate Professor in Public Law at the University of Cape Town.