Will the Sharks unlock their pre-pandemic form in Super Rugby Unlocked? 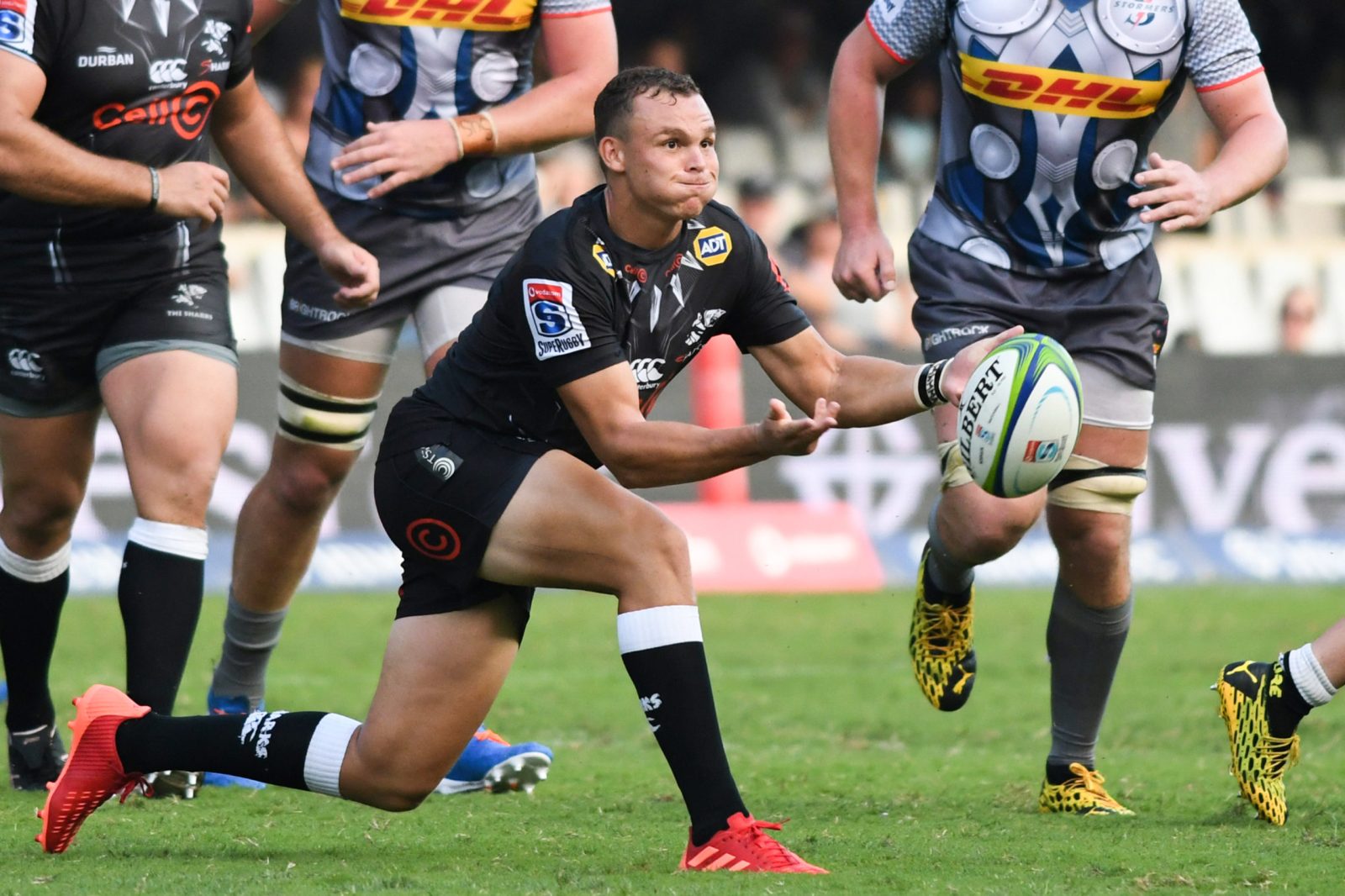 South African rugby teams are set to return to the field for the next seven weeks in a local version of the Super Rugby tournament.

The Sharks were ruthless and left bloody waters in their wake as they dismantled just about every opponent they encountered in the early stages of Super Rugby 2020. Then, of course, Covid-19 swept in and put an end to the Super Rugby season – in its traditional form at least.

Since then, New Zealand has hosted its spinoff of the competition with Aotearoa; then Australia followed soon after. Now SA Rugby has announced the schedule for its own version – a seven-team, seven-week spectacle simply coined Super Rugby Unlocked.

“We’d like to thank all our stakeholders in getting to this point,” said Jurie Roux, SA Rugby CEO. “It has been an extremely trying time, but thanks to Vodacom, SuperSport and the seven teams involved, we are able to resume rugby with a really exciting series of matches featuring the best players in the country.

“We have had to make some major format changes and look at creative ways to look after everyone’s needs, but we think between now and the end of the season – which will only be in January next year – we will provide rugby and entertainment to excite the fans once more.”

The competition will feature the four existing SA Super Rugby teams – Bulls, Lions, Sharks and Stormers. They will be joined by the Cheetahs, Pumas and Griquas in the new tournament.

The team at the top of the standings when the tournament concludes on 21 November will be crowned champions. After this, all log points will be transferred to the 2020 Currie Cup, whose fixtures are yet to be announced.

Going on pre-Covid-19 form, the Sharks should be clear favourites for the competition. However, that was almost seven months ago, and judging by their recent showing at Superfan Saturday, where they were trounced 49-28 by Jake White’s Bulls, they may not be in the same predatory shape they were before rugby’s coronavirus-induced break.

Added to that is the fact that their squad has been hit by a major loss of players who were key to their six wins from seven matches earlier in the year. World Cup winner Makazole Mapimpi has jetted off to Japan for a loan stint that will end only in April 2021.

Youngster Aphelele Fassie is out with a long-term shoulder injury, while wings Madosh Tambwe and Sbu Nkosi are nursing knocks. Sean Everitt’s men also have to do without the larger than life Andre Esterhuizen. The centre signed for English side Harlequins earlier in the year.

Everitt has turned to Marius Louw to try to fill that Esterhuizen-sized void in the team, while new recruits Werner Kok and Mannie Libbok will also be trying to impress on debut as the Durban-based outfit takes on the tricky Lions team in the tournament opener on Friday evening.

Sharks flank James Venter is confident that, despite the injury crisis they face and the toothless display against the Bulls two weeks ago, they are ready to show their mettle.

“Our pre-season has gone really well; we’ve trained hard and executed well. But we’ve learnt our lessons from that Bulls game and now it’s about executing against the Lions,” said Venter.

“The camp is really excited. We knew going into the Bulls game that it was a warm-up match and we took that in our stride, although we learnt a lot and will bounce back.

“This week has been about prepping for the Lions and we have trained hard… the vibe in the camp is great and we’re really excited to get stuck into Super Rugby Unlocked.”

The Bulls are also contenders to win the competition, especially as White has gone on a recruiting drive over the lockdown period in order to bolster his team. They have roped in experienced players such as Duane Vermeulen, Gio Aplon and Arno Botha during the Covid-19-induced off season.

They will also be in action this weekend as they take on the Griquas. White will hope they can show the same ruthlessness that was on display when they took on the Sharks during Superfan Saturday.

“It’s been months of preparation and weeks of training with the players and management excited to get going. We have a mission; we’ve set high standards and now is the time for the Bulls to stamp their authority on this competition,” said White.

“The experience amongst our players allows us to implement our game plan quickly and with a solid foundation. I’m extremely excited for all the players making their debuts and looking forward to watching them grow,” he added.

Despite the enthusiasm from the teams, fans should not have particularly high expectations. With more than six months of inaction and just a few weeks of training, mistakes and lack of fluidity will be commonplace in games – in the infant stages of the tournament at least. The standard will undoubtedly improve as the tournament progresses.

Though games will be played at venues around the country there are still no spectators permitted in stadiums. So fans will have to enjoy the play from the comfort of their homes. DM