Who cares for the carers? The virus and the violence against healthcare workers 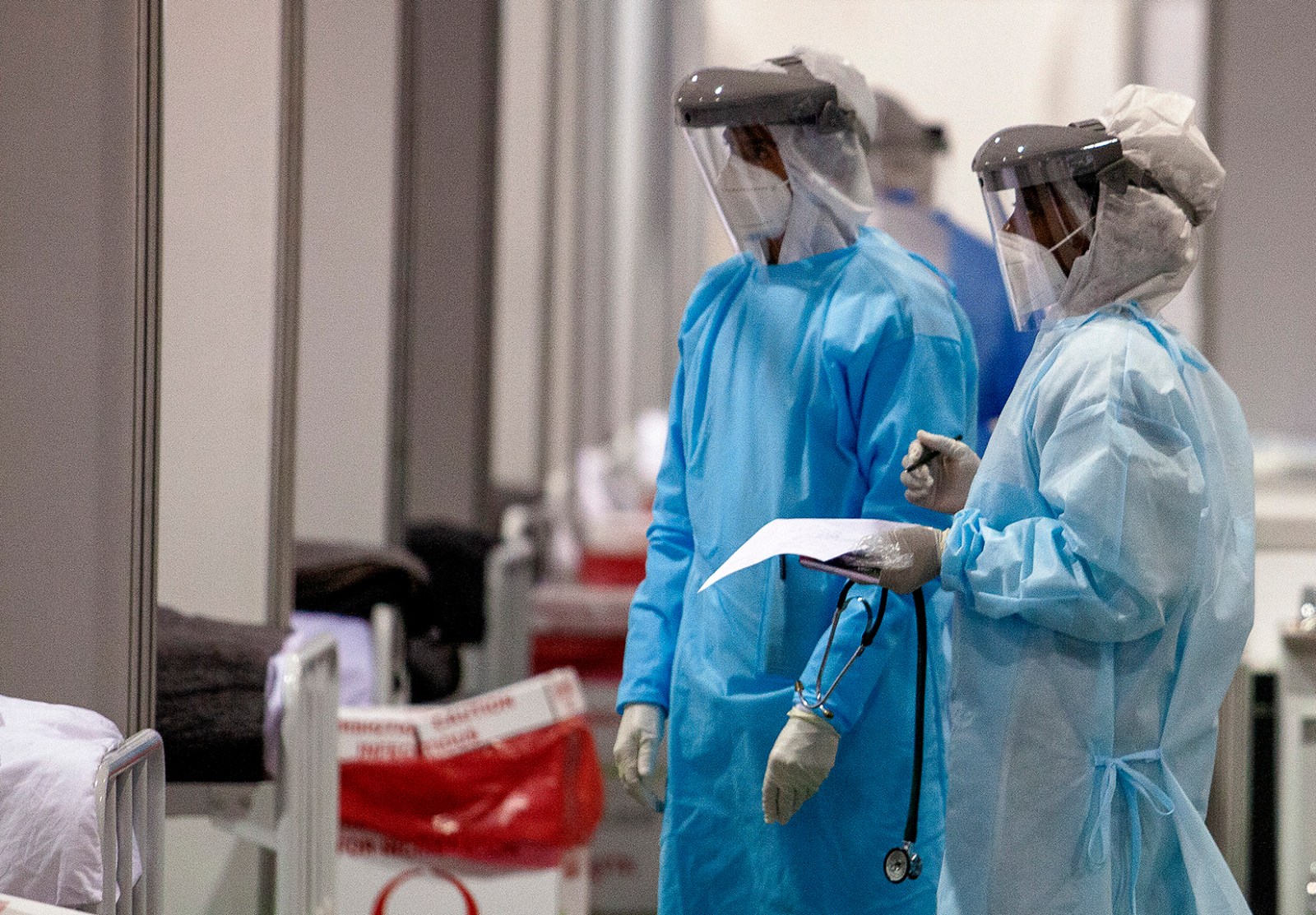 This rampant violence against doctors should not only be measured in rates of homicide. The problem is larger. Healthcare workers are debilitated and devastated. (Photo by Gallo Images/Papi Morake)

There has been an upsurge in violence and crime aimed at healthcare workers during the Covid-19 pandemic, with doctors in solo practice particularly at risk.

These are dystopian times.

Images of countries and cities laid waste, of barren fields, empty streets and corpses piled high may haunt our screens. The only sounds are the moans of the sick and dying. The paramedics, nurses and doctors who once responded to their suffering have died and those who survived have fled.

Defenceless in the face of natural disasters, those we turn to for help are overwhelmed yet the narrative turns sinister as we look closer.

In a middle-class suburb of Cape Town, a general practitioner opens her surgery. With her receptionist who she has employed for the last 10 years, she runs a solo practice. She sees a female patient for a routine first consultation. She hears a demand for a large supply of benzodiazepines, and refuses to provide them. The patient hurls abuse and trashes the surgery.

This anecdote is one of many incidents of threats to doctors in the last month. As doctors we are taught to believe and trust our patients. We are not trained or equipped for abuse. Solo practices are common in South Africa, while in countries such as the UK, it is rare. Wits University produced a study in 2016 showing that two-thirds of those responding to the survey worked alone, while abroad the common practice is to provide service from relatively large medical centres. The Health Professions Council of South Africa reports there are 17,000 registered general practitioners in South Africa, many of them working alone and in rural areas.

Healthcare workers (HCWs) are by nature non-adversarial. The prospect of a grasping, demanding society, and mortal danger will drive them away. They increasingly face heinous crimes: assaults, murders, invasion of property. The very people now targeted by criminals are those at the frontline of the current Covid-19 pandemic. Worldwide many have died in the line of duty while treating others. In South Africa, President Cyril Ramaphosa observed that the Covid-19 pandemic has a twin in the deadly spreading of personal violence like wildfire.

Early this year, a KwaZulu-Natal gynaecologist was physically assaulted by the family of a patient who had died post operatively. Last month an anesthetist was shot multiple times as he left the hospital. This followed the tragic post-operative death of a child, where he and the surgeon were charged with manslaughter. The anaesthetist was murdered in broad daylight before any inquiry into the incident. The surgeon is in hiding.

This rampant violence against doctors should not only be measured in rates of homicide. The problem is larger. Healthcare workers are debilitated and devastated. Ongoing personal violence has left many paramedics fearful and unwilling to enter dangerous suburbs, denying healthcare to many other vulnerable people.

The problem is not unique to South Africa. India, too, has seen a surge in violence against paramedics since the start of the Covid pandemic – they are seen as sources of the infection rather than bearers of relief. A recent US study published in the New England Journal of Medicine reported that 30% of surgeons in training had been abused in the last 12 months. The majority of the abuse is inflicted by patients.

To quote Greta Thunberg “our house is burning, it is on fire”. It would be misguided to only react to reports of homicide while ignoring other violence against HCWs. Each violation of the safety of HCWs should be highlighted and condemned.

If the pen is mightier than the sword, why are so many South Africans addressing their grievances through violence rather than the prescribed channels? How do we transform this social misery to practical social delivery of health services? As a profession we should highlight and condemn these outrageous attacks, and we should do it with systematic documentation of all of the violence against the community of HCWs.

We are naive if we think that governance structures that say “send me” to remedy the social ills are effective. Those in authority prefer simplistic, short-sighted, self-interested and inward-looking slogans that cannot solve the sticky, messy complex of issues in our ailing health system. We can raise our voices and join together in a host of ways, for the healing power of HCWs must be protected and supported for healing our communities. DM

Dr Ines Buccimazza is head of the Clinical Unit of Breast and Endocrine surgery, Inkosi Albert Luthuli Central Hospital, Durban. (University KZN). She is currently the President of the Association of Surgeons South Africa.