VBS Mutual Bank: The tragedy of the ‘dream defrauded’ 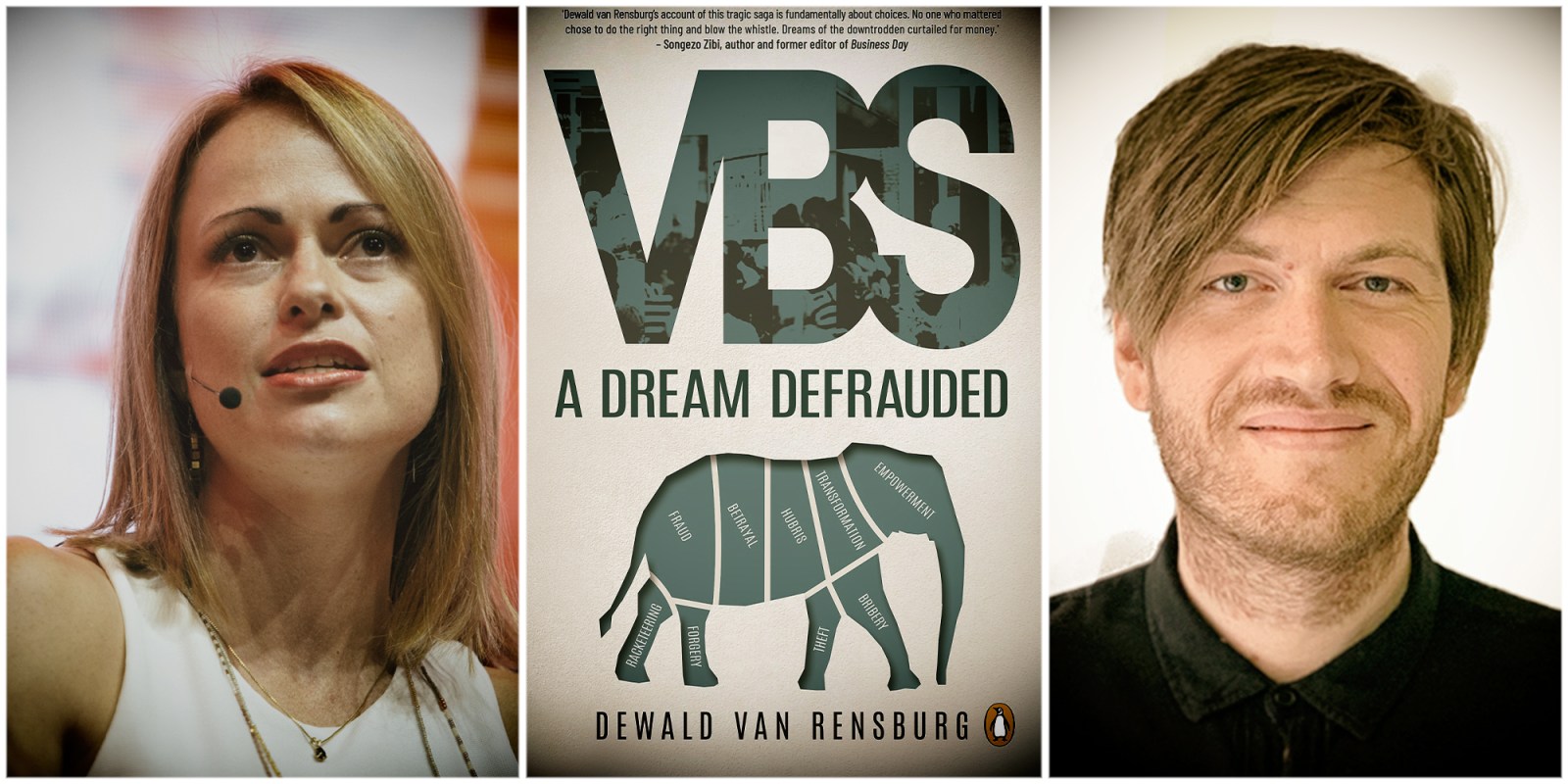 Investigative journalist Dewald van Rensburg’s new book details the massive fraud that led to the collapse of VBS Mutual Bank. In a Daily Maverick webinar on Thursday, he explained how the heist was constructed – and why ANC arrests are likely to come long before EFF arrests.

AmaBhungane journalist Dewald van Rensburg’s new book is titled VBS: A Dream Defrauded because what was behind the concept of the Venda Building Society was, he believes, initially a genuinely noble ideal.

“The dream was of creating a wholly black-owned financial services company,” Van Rensburg explained at a Daily Maverick webinar on Thursday: a company not built out of a BEE deal or tethered to a white-owned conglomerate.

And the individuals at the top of the bank – chair Tshifhiwa Matodzi and his enablers – Van Rensburg describes as “an impressive group of people” who could have enjoyed stellar careers had they not gone down a criminal path.

“It’s interesting for me what they could have done with VBS had they not committed the fraud,” Van Rensburg mused.

The author was speaking in a week which has seen the first guilty plea in the VBS matter, with former bank chief financial officer Philip Truter accepting an effective seven-year jail term in exchange for cooperating with the State. Truter pleaded guilty to six counts of racketeering, fraud, corruption and money laundering.

Van Rensburg described Truter as central to the VBS fraud: the “mechanic in the background”. And while some observers have expressed unhappiness with Truter’s deal, Van Rensburg notes that his plea bargain is still contingent on the provision of useful and reliable information to prosecutors. If Truter fails in this regard, he could still face the balance of his original 22 charges.

Truter will be used by the State to build an airtight case against his seven co-accused, including chair Matodzi and former CEO Andile Ramavhunga. On Thursday it was announced that the trial of the seven will be postponed until 2021, most probably because further arrests are pending.

One of the points Van Rensburg makes in his book is that many of the fraud’s kingpins were university friends, becoming close during their time at the former Rand Afrikaans University. For this reason and others, he believes it is possible to draw parallels with the Stellenbosch old boys’ network which gave rise to the Steinhoff fraud.

Asked by moderator Pauli van Wyk for his interpretation of why criminal proceedings appear to be moving so much faster in the VBS saga than in the Steinhoff matter, Van Rensburg said it was his understanding that the Steinhoff fraud was “infinitely more complicated, perpetrated over 20 years”, and for that reason might take longer to be brought to trial.

Another question frequently posed around the VBS story is why the government chose to save African Bank when it collapsed in 2014, but not VBS.

Van Rensburg explained that African Bank was a microlender rather than a bank per se: it didn’t take deposits, but had sold bonds to other banks. The government’s 2014 intervention was therefore aimed at controlling the fallout for the rest of the financial sector. He noted that the Treasury had provided R250-million to compensate VBS depositors.

Although it is unlikely that bank regulators will face any criminal consequences for the VBS collapse, Van Rensburg described what happened as a “very clear regulatory failure” on behalf of the Reserve Bank.

The journalist explained the evolution of the VBS fraud to a Ponzi scheme that ended up stealing state money. He said that what initially caught his eye about VBS was the number of huge overdrafts and loans that the bank’s executive had awarded themselves – which, if nothing else, seemed “reckless”.

In reality, it was the first stage of the fraud. The kingpins would pay off their own debt by creating new overdrafts for front companies – and from there, proceeded to simply pay off overdrafts fictitiously, and make fake deposits of cash.

“That became the thing that auditors had to hide,” said Van Rensburg.

Problems began to mount when “people started withdrawing a great deal of money in cash and paying it to other banks to buy stuff”, he said. The only way to replenish all this cash was through new clients: the point at which the fraud started operating like a Ponzi scheme.

Initially, all the fraudsters had to work with were deposits from individual clients, stokvels and other small-scale customers. They needed bigger fish, and one of their first big scores was the Public Investment Corporation (PIC). Van Rensburg recounted how the PIC was persuaded to give the bank a R350-million facility, ostensibly to fund small black enterprises used for fuel trading.

“Nobody knows where that money actually went,” said Van Rensburg.

But even that cash infusion was not enough – prompting the bank’s key players to start approaching municipalities and convincing them to deposit money. In this, VBS was greatly aided by its decision to lend money to former president Jacob Zuma for his Nkandla property, which catapulted the bank into the national spotlight.

“A lot of political people wanted to support this bank,” said Van Rensburg, noting that some municipal officers were probably genuinely sold on the idea of helping the black-owned company – in addition to the sweeteners they were paid.

The bank’s “last great gambit” was to target state-owned enterprises. Its first approach was to the state rail company Prasa for a R1-billion deposit.

“If that had succeeded, it would have paved the way to other parastatals,” said Van Rensburg.

“But towards the end, for some reason, this [Prasa] deposit became contingent on the outcome of the ANC leadership race [at Nasrec in 2017].”

When Cyril Ramaphosa won the presidency of the ANC, the Prasa deal “was suddenly off”.

In terms of what can be expected when it comes to forthcoming arrests, Van Rensburg says many will be municipal functionaries: those who allocated the budget, but had relatively little political power.

“I don’t think the EFF will be targeted for arrests before the ANC politicians involved in this thing,” said Van Rensburg, adding: “I think that’s fair, because the ANC involvement is infinitely larger.” DM