Roads not toads: Endangered species at risk after go-ahead for road through Noordhoek wetland 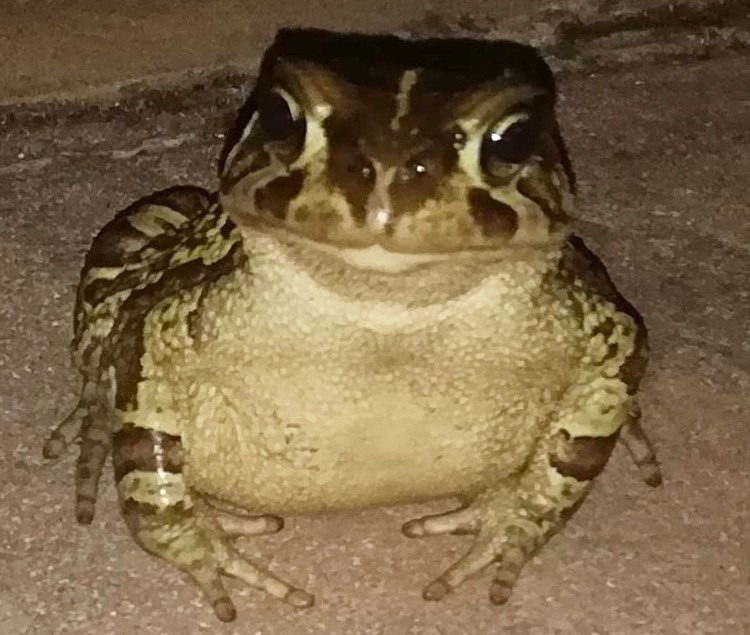 The Western Leopard Toad will have to make way for a new road through the Noordhoek wetland.

Appeals against a 1.2km road extension impacting the Noordhoek wetland have been dismissed by the Western Cape government. Now, the Noordhoek Environmental Action Group is considering court action.

Appeals against the first phase of a controversial new road link through part of the extensive Noordhoek wetland system on the Cape peninsula have been dismissed by Western Cape environment MEC Anton Bredell.

In his appeal decision, Bredell acknowledged that the wetland was still rated as of moderate-to-high conservation importance, but he quoted the finding of a specialist consultant that the impact of the new road on freshwater ecosystems would be acceptable if all the recommended mitigation measures and proposed rehabilitation were properly managed.

Bredell also dismissed the “numerous” allegations that objectors had levelled against the environmental practitioners who managed the environmental impact assessment (EIA) of the project, notably Sadia Chand, whom appellants had alleged was biased and had a conflict of interest because of her directorship in road construction company Martin & East.

Chand is the founder-owner of Chand Environmental Consultants that managed the EIA, including the public participation process, on behalf of the City of Cape Town.

In his decision, Bredell said the City had described the objectors’ allegations against Chand as “unfounded”.

“Both Ms Chand and [her colleague Ingrid] Eggert have years of experience as environmental consultants and are fully aware that their independence as consultants is pivotal to their continued practice. The information gathered, conclusions drawn, and recommendations made [by them] are based on the available information,” he stated.

The 1.2km phase 1 extension of Houmoed Avenue, Sunnydale, involves extending an existing section of this road that runs along the eastern side of the wetlands – known as the Pick ‘n Pay Reedbed Wetlands – near the Longbeach and Sun Valley shopping malls, to link up with Lekkerwater Road to the south-west.

It was approved by Bredell’s department of local government, environmental affairs and development planning at the end of last year, but was appealed on behalf of 240 appellants by Simonstown-based environmental consultant Andre van der Spuy.

Phase 2 of the project involves a further extension of the new road link that will facilitate upgrading of both formal and informal housing in the densely populated township of Masiphumelele. This was approved in August, but that decision is still under appeal.

Bredell also stated in his phase one appeal decision that:

Bredell also said it was clear from the Freshwater Ecosystems Impact Assessment Report that the reed bed, which formed an integral part of the greater Noordhoek Wetland System, had been transformed through historical agricultural development and more recent urban development of the Noordhoek valley.

“As a result, the wetland system was rated as largely modified… with the present state of the hydrology, water quality and vegetation of the wetland considered to be especially impacted.”

Invited by GroundUp to respond, Chand said Bredell’s appeal decision “strongly affirms that allegations of bias that were made against me and my company have no foundation”.

“The minister made a decision based on facts and not on speculation. This has served to confirm my professionalism and independence and that of the specialists involved.”

Reason had prevailed and a balanced decision upholding socio-economic and environmental principles had been made, Chand added. “Unfortunately, the public participation process can be used to recklessly launch personal attacks against the integrity of the environmental practitioner without providing any hard evidence, as occurred in this case.”

Bredell’s decision may face a high court review application by one of the appellants, the Noordhoek Environmental Action Group (NEAG).

“We are disappointed with the decision to approve this section of road through the headwaters of such a significant wetland. The decision reinforces the flawed nature of the public participation process,” she said.

Bredell had failed to grasp the cumulative impacts on the greater Noordhoek wetland and the potential impact on endangered species such as the Western Leopard Toad, Marais continued.

Also, he had relied on legal inputs from the City of Cape Town and the environmental practitioner to decide on important issues of conflict of interests.

“[These] should have been considered by either an independent tribunal or at least through Province having sought and quoted its own independent legal opinion.” DM