‘Mr Vice President, I’m speaking…’ – US VP debate a show of controlled condescension on both sides 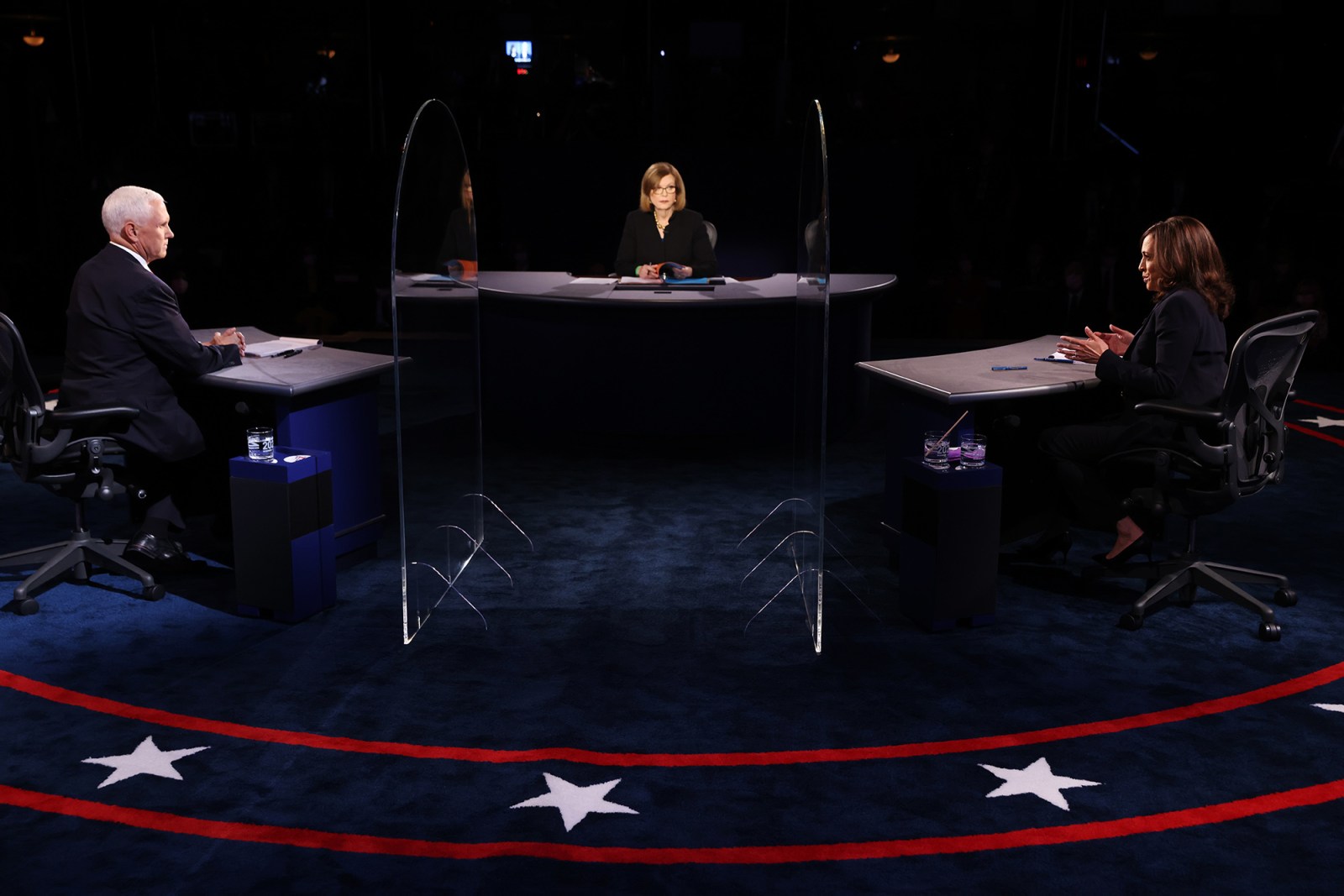 Differences on issues of race, the coronavirus and the economy – with a pesky fly thrown in for good measure – stood out in what was mostly a relatively sedate debate between US Vice President Mike Pence and Senator Kamala Harris in Salt Lake City, Utah, last night.

A few sparks flared during Wednesday night’s US vice presidential debate when incumbent VP Mike Pence repeatedly spoke over the moderator, Susan Page, and went over the two minutes allocated to respond to questions. Pence also used up his response time on more than one occasion to refer back to a previous question in order to make a point.

The debate got underway with the hot topic of the coronavirus, which saw Pence explaining and defending the Trump administration’s handling of the pandemic, after Harris reminded Americans that the president did nothing in January despite knowing of the virus and how dangerous it was:

“And here’s the thing, on January 28th, the vice president and the president were informed about the nature of this pandemic… they knew what was happening and they didn’t tell you… the president said it was a hoax.”

Asked why the US death toll is almost 50% higher than other wealthy countries, Pence replied that “President Donald Trump did what no other president had ever done… and I believe it saved hundreds and thousands of American lives.”

When Harris responded to the question if she would take a vaccine if it became available, she said that if medical experts and doctors said it was reliable, then yes, but if Trump said to take it, then no. Pence responded that Harris was undermining “public confidence in a vaccine” and “playing politics with people’s lives… we will have a vaccine before the end of this year”.

Pence and Harris both showed their solid debating pedigree by their calm demeanour and studied responses. Mike Pence is generally seen as the calm to Trump’s chaos and as being a huge asset to the president in this regard; something that showed as he – at some points almost more mannequin than human – levelly pushed all the tax and coronavirus points that Trump asserts, but in a much more lucid manner.

She did not respond directly to a question on whether she and Biden had discussed any plans in the event of “presidential disability”, given Biden’s age (77). The follow up question to both her and Pence was, considering the ages of both Biden and Trump (74), should there be transparency with the American public around their health?

The debate also showed up stark differences in campaign attitudes to race and racial justice. On the question of whether they believed justice had been done for Breonna Taylor – the 26-year-old African American woman shot and killed in her home by police – Harris very clearly said she didn’t, while Pence sidestepped a direct response.

It would be fair to say that Pence effectively mansplained his way around NOT answering the hard questions, including the contentious question of what would happen if Trump lost the elections. Would that be accepted as game over? Possibly not, as Pence responded with, “First and foremost, I think we are going to win this election.” He then went into a mild rant at Harris, saying that “your party has spent the last three years trying to overturn the result of the last election”. Lots of words; very few answers.

Harris and Pence acquitted themselves civilly of their starring roles in the only VP debate of the US election campaign, but a surprise cameo towards the end almost stole the show – a big black fly appeared out of nowhere and settled for around two minutes on Pence’s head. Apparently this was a minute more than Joe Biden needed to turn the fly into a fundraising opportunity – see tweet:

The fly stood out starkly against Pence’s perfectly cropped silver hair, as if the universe was telling the vice president off for his lack of response to the question of whether the climate crisis is an existential threat. DM