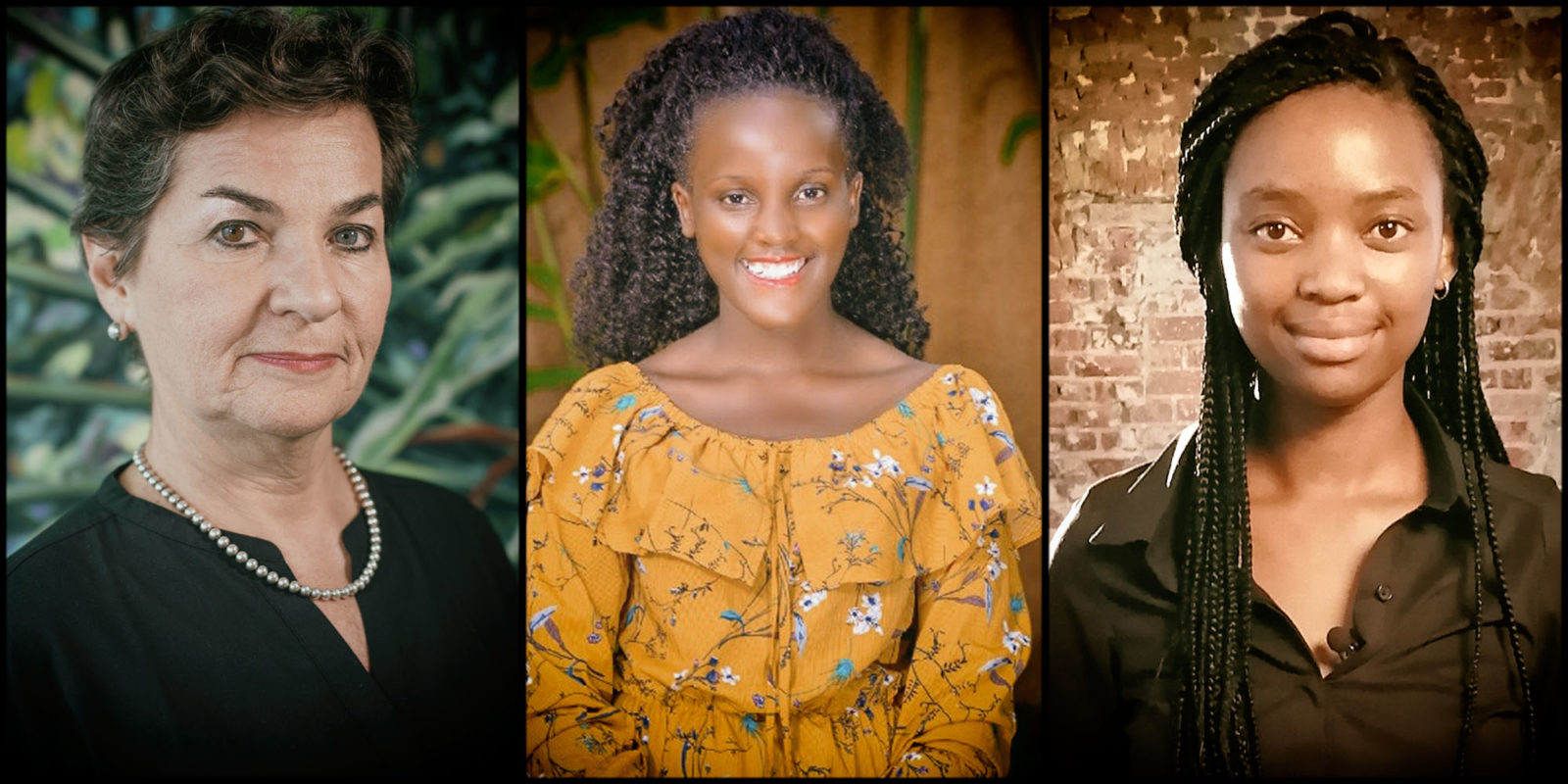 The climate crisis is the ‘biggest wave’ in a ‘convergence of crises’, say keynote speakers at the 10th Desmond Tutu International Peace Lecture.

Marking Archbishop Emeritus Desmond Tutu’s 89th birthday in a series of online lectures, environment and youth leaders this week described climate justice as a defining issue for humanity in the 2020s.

The call builds on Tutu’s titanic legacy as a Nobel peace laureate of human rights – it also follows his Cape Town meeting with climate campaigner Al Gore in January as the planetary emergency ripped across Australia and other parts of the world.

Gathered through the Desmond and Leah Tutu Legacy Foundation, Tutu and Gore had warned in a joint statement that “corporations, governments and institutions that continue to invest in fossil fuels despite all the evidence of their effect on accelerating climate change are furthering environmental, economic and social injustice”.

In her keynote address for this year’s birthday lectures, the Costa Rican diplomat Christiana Figueres doubled down on the theme of climate justice as a fundamental global human rights issue, which she said was on track to overshadow the devastation wrought by the Covid-19 pandemic.

As executive secretary of the United Nations Framework Convention on Climate Change from 2010 to 2016, Figueres is a well-known climate campaigner. She compared the world’s adult human population to a gathering of people, their backs turned to a raging ocean.

“They are building sandcastles,” she said. “Unbeknown to them, there is a wave coming to the beach. That wave is the health crisis. Behind that wave, there is a greater wave – the economic crisis.”

Those waves were followed by the “biodiversity-crisis wave” and, ultimately, the “climate change wave”, which dwarfed all others, she said.

Pulsing beneath this onslaught of energy, she added, was a single undercurrent “known as inequality”, which would be exacerbated by runaway climate change.

While her fellow keynote speakers painted a damning dystopian image of an African continent in climate peril, Figueres urged the international community to invert a “year of crises” into a “year of the convergence of solutions”.

“We cannot deal with these crises individually and sequentially. We must address them in an integrated fashion,” she said. “It is critical that economic recovery packages designed and invested right now be green and inclusive.”

To avoid condemning 2030 as yet another year of reckoning – one in which generations of that time would have to face leaving an unthinkable legacy of climate peril – humanity would have to slash greenhouse-gas emissions by 50%.

“The air is clean and fresh, and cities are organised for people and not for cars and streets,” she said of an alternative planet on which humanity has succeeded in meeting its climate targets. “Cities are green and producing food. Transport is clean and efficient… We move from scarcity to abundance. From individualism to community.”

Hope is seeing light amid the darkness, she emphasised.

“It is to hold the bright candle,” she added, alluding to a key motif representing Tutu’s oft-cited legacy as a “prisoner of hope”.

Figueres, as her justification for standing in that very prison of hope, cited several bright candles illuminating our species’ current path, ranging from unmatched “scientific clarity” to “human agency”.

She was also hopeful that the global economy was evolving from resource-heavy goods to dematerialised services. She called this the “Covid effect”, a result of the pandemic foisting upon people across the world an accelerated, and hopefully less fossil fuel-intensive, digital era.

“The extraction model is coming to a close,” she said. “We have to move over to a circular economy of optimising resources because we have reached planetary boundaries.”

Also using the pandemic as an analogue, both Tutu Foundation chairman Niclas Kjellström-Matseke and Tutu Foundation CEO Piyushi Kotecha said the international community was not moving fast enough to pull humanity from the climate brink.

Kjellström-Matseke offered a particularly critical assessment, which placed at its centre US leadership under the Donald Trump administration, and its decision to pull out of the Paris climate agreement.

“We are not holding decision-makers accountable. Our indecisiveness expedites inequality; it enables it justice,” he said. “It facilitates the destruction of critical biodiversity. It empowers the richest nation on Earth to walk out on a global climate agreement, and to suspend funding to the World Health Organisation during a global pandemic.”

Kotecha stressed that the fundamental message of this year’s peace lecture was “no more stealing the future and health of our people… focusing on climate justice is important because it creates a bridge between the legacy of a global icon of both great thinking and doing”.

She, too, compared the climate emergency to the global impact of Covid-19, sketching a world in which “the land, waters and skies of Earth have been made toxic by the deadly legacies of the past. We join you in advocating the end of this pandemic.”

Introduced by South African youth climate activist Ayakha Melithafa, her Ugandan counterpart Vanessa Nakate called on world leaders to “acknowledge that we are in a crisis”.

“If you do not treat climate change as a crisis, then you will not do what is necessary for us to get out of this mess,” said Kampala-raised Nakate, who became involved in climate activism in early 2019 after “seeing and researching how climate change was affecting the people in my country”.

Nakate, the first “Fridays For Future” climate activist in Uganda and founder of the Rise Up climate movement, added: “It is time for leaders to leave their comfort zones and see the danger that we are in.”

Although the young Swedish climate icon Greta Thunberg last week pulled out of the birthday lectures, the evening featured other global campaigners for climate justice, in addition to the headline female speakers.

“Now I want to caution you, Arch,” the former US vice-president counselled his fellow Nobel laureate, “don’t think of 89 as nine-tenths of a century. Think of it as less than one-tenth of a millennium.”

Gore spoke from his home in the US state of Tennessee, co-announcing the launch of the Tutu Legacy Fund, which would seek to raise R90-million during the Arch’s 90th year of life.

“The call for funds comes as the Covid-19 crisis has exposed the fault lines in communities and societies around the world,” the Desmond and Leah Tutu Legacy Foundation announced this week.

“However, it can also be a time of hope, as another vision of the world is born. One in which the unsustainability of inequality is acknowledged. One in which people’s understanding of their common humanity produces new forms of activism.” DM

We are in crisis, and it is time for an Agriculture Green New Deal in South Africa (Part One)

We can get out of our current crisis: The nuts and bolts of an Agriculture Green New Deal in SA (Part Two)