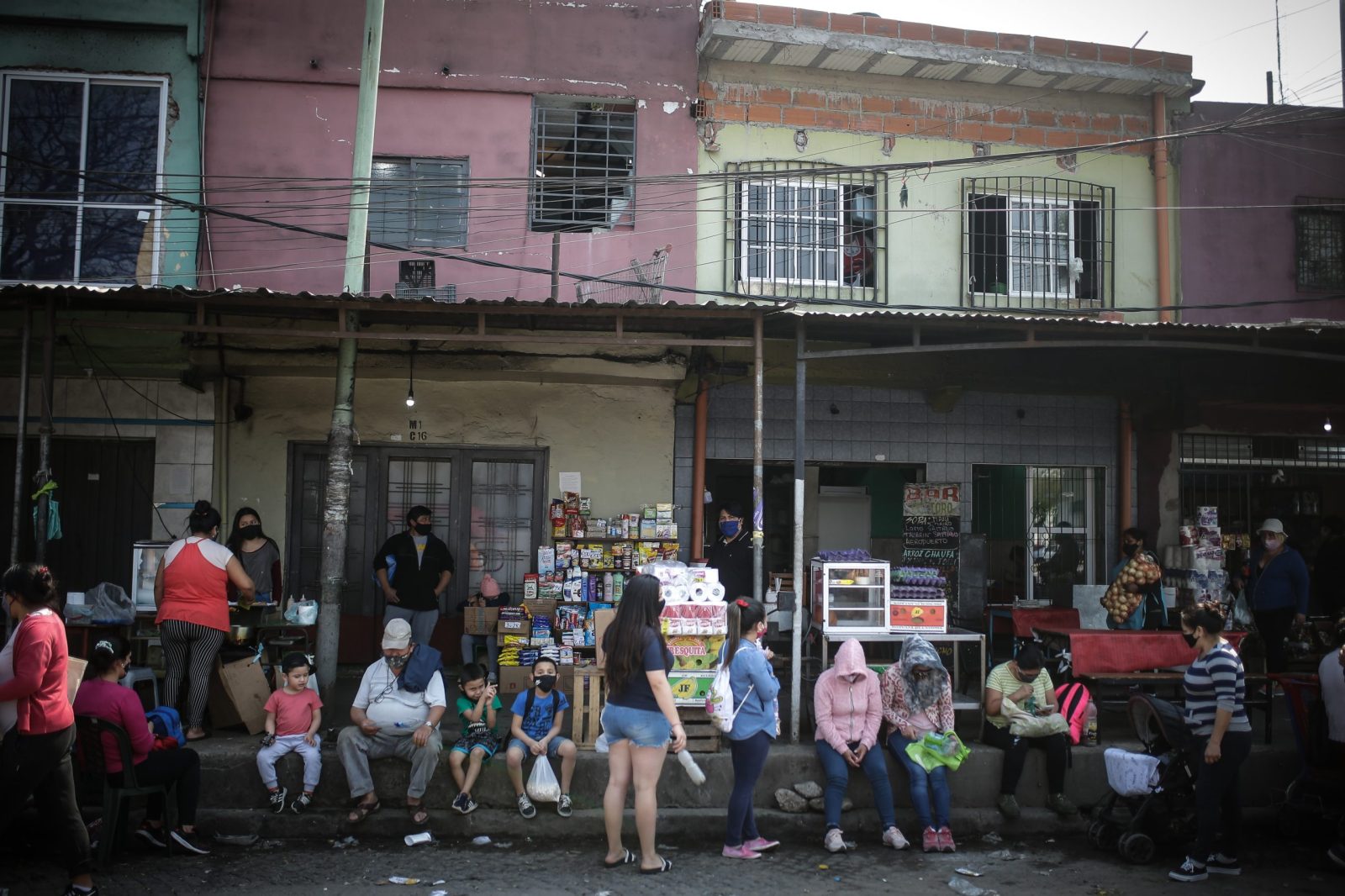 epa08709375 People line up to get food at a community kitchen in Buenos Aires, Argentina, 30 September 2020. Argentina expected to release the percentage of the population below the poverty line as of the first half of the year. In December 2019 it was 35.5 percent and is expected to have increased due to the effects of the quarantine against the coronavirus decreed in March, still in force. EPA-EFE/Juan Ignacio Roncoroni

WASHINGTON, Oct 7 (Reuters) - The World Bank said on Wednesday that the coronavirus pandemic could push as many as 150 million people into extreme poverty by the end of 2021, wiping out more than three years of progress in poverty reduction.

Releasing its flagship biennial report on poverty and shared prosperity, the multilateral development lender said that an additional 88 million to 115 million people will fall into extreme poverty – defined as living on less than $1.90 a day -in 2020. The report said this could grow to 111 million to 150 million by the end of 2021.

That would mean that 9.1-9.4% of the world’s population would be living under extreme poverty this year, about the same as 2017’s 9.2% and representing the first rise in the extreme poverty percentage in about 20 years.

The 2019 extreme poverty rate was estimated at about 8.4% and had been expected to drop to 7.5% by 2021 before the coronavirus pandemic. The report said that without swift, substantial policy actions, a longstanding goal of cutting the rate to 3% by 2030 looked out of reach.

“The pandemic and global recession may cause over 1.4% of the world’s population to fall into extreme poverty,” World Bank President David Malpass said in a statement, calling it a “serious setback to development progress and poverty reduction.”

While extreme poverty has been concentrated in rural areas in the past, the World Bank report found that increasing numbers of urban dwellers have been thrown into extreme poverty as jobs dry up from coronavirus lockdowns and reduced demand.

Sub Saharan Africa has the highest concentration of those living on less than $1.90 a day, and could see an increase of over 50 million people by 2021 compared to pre-coronavirus estimates. About 42% of the region’s population could be living under extreme poverty by 2021 versus a pre-COVID estimate of 37.8%, the study showed.

The coronavirus also has stagnated “shared prosperity,” defined as growing income for the poorest 40% of a country’s population. The World Bank said that from 2012 to 2017, income rose for this group by an average of 2.3% in 74 of 91 economies for which data was available.

The COVID-19 crisis could now reduce income for the poorest 40%, increasing income inequality and reducing social mobility, the bank said.

To get back on a track of poverty reduction, countries will need collective action to control the virus, provide support for households and build more resilient economies once the pandemic subsides, the World Bank said.

“Countries will need to prepare for a different economy post-COVID, by allowing capital, labor, skills and innovation to move into new businesses and sectors,” Malpass said. (Reporting by David Lawder; Editing by Andrea Ricci)