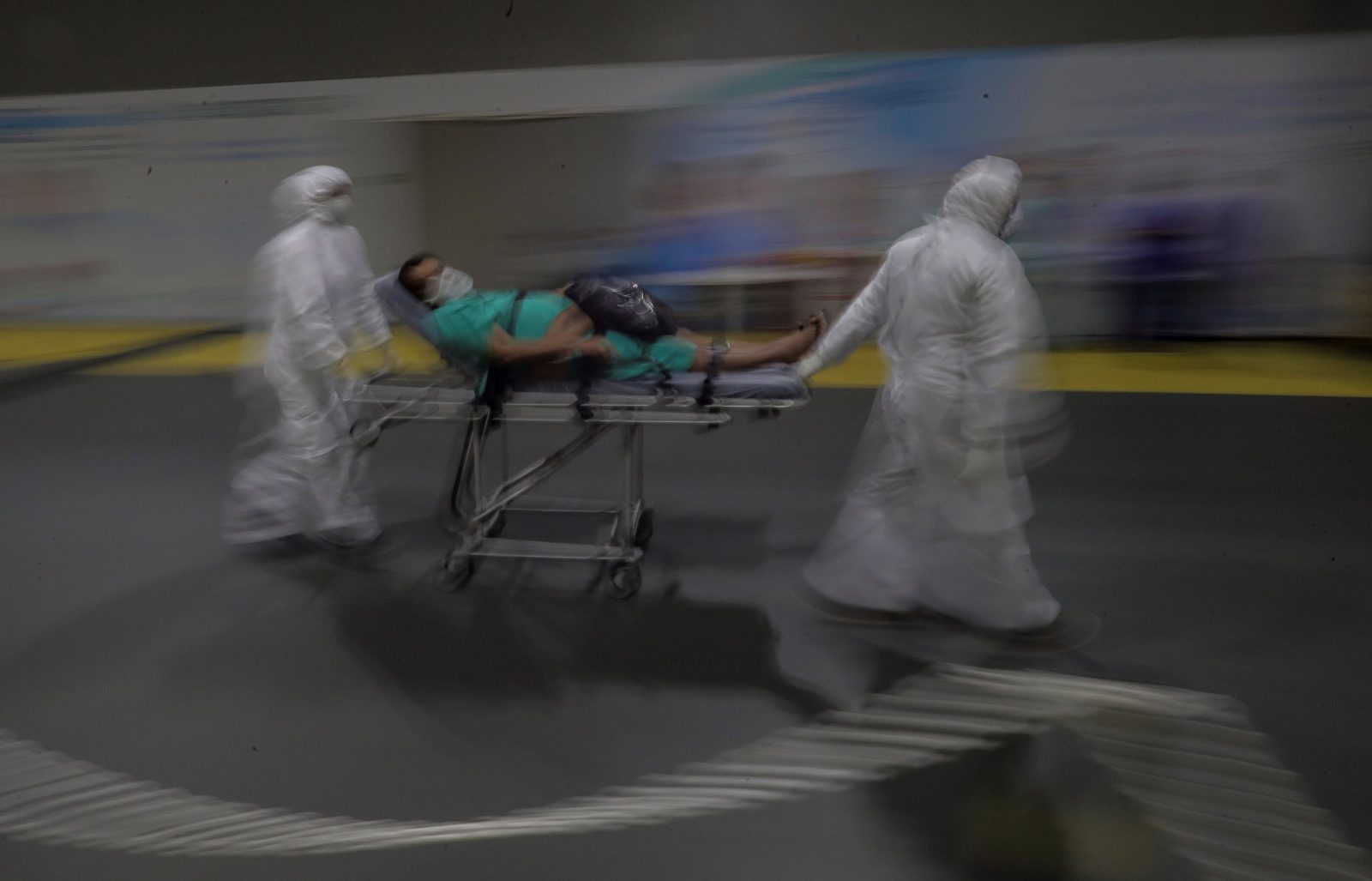 epaselect epa08618382 Slow speed photography of nurses with a patient with coronavirus at the ICU of the Riocentro Field Hospital, in the western area of Rio de Janeiro, Brazil, 21 August 2020 (Issued 22 August 2020). Rio de Janeiro, one of the cities most affected by the coronavirus pandemic in Brazil, continues with its de-escalation plan thanks to the reduction in demand for intensive care beds in field hospitals such as Riocentro. EPA-EFE/Antonio Lacerda

BRASILIA, Oct 7 (Reuters) - Brazil passed the mark of 5 million confirmed COVID-19 cases on Wednesday as it approached 150,000 deaths in the second most deathly coronavirus outbreak outside the United States.

Though the number of daily cases has come down from a peak in July, public health experts warn that Brazil is ignoring social distancing precautions and faces the danger of a second wave by returning to normal everyday life too quickly.

The rolling daily average for last week was 658 deaths a day, down from 1,073 deaths per day in the last week of July. Average new cases were 26,140 day, almost half the rate of late July.

Federal University of Rio de Janeiro epidemiologist Roberto Medronho cautioned that the numbers could be much higher if testing for COVID-19 was more widespread.

“Soon we will reach 150,0000 deaths, a frightening number,” he told Reuters. “We are seeing the authorities easing social distancing more and more despite the number of cases.”

Brazil’s far-right President Jair Bolsonaro has played down the gravity of the virus, even though he was infected and had to isolate for two weeks. Bolsonaro has opposed lockdowns and encourage Brazilians to get back to their normal lives so the economy can recover from what is expected to be its deepest annual slump on record.

As winter ends and tropical temperatures rise, Brazilians are gathering on crowded beaches and in bars and restaurants without taking precautions, he warned.

“I fear we’ll have a second wave like in Europe, which is a big concern for public health officials,” he said.