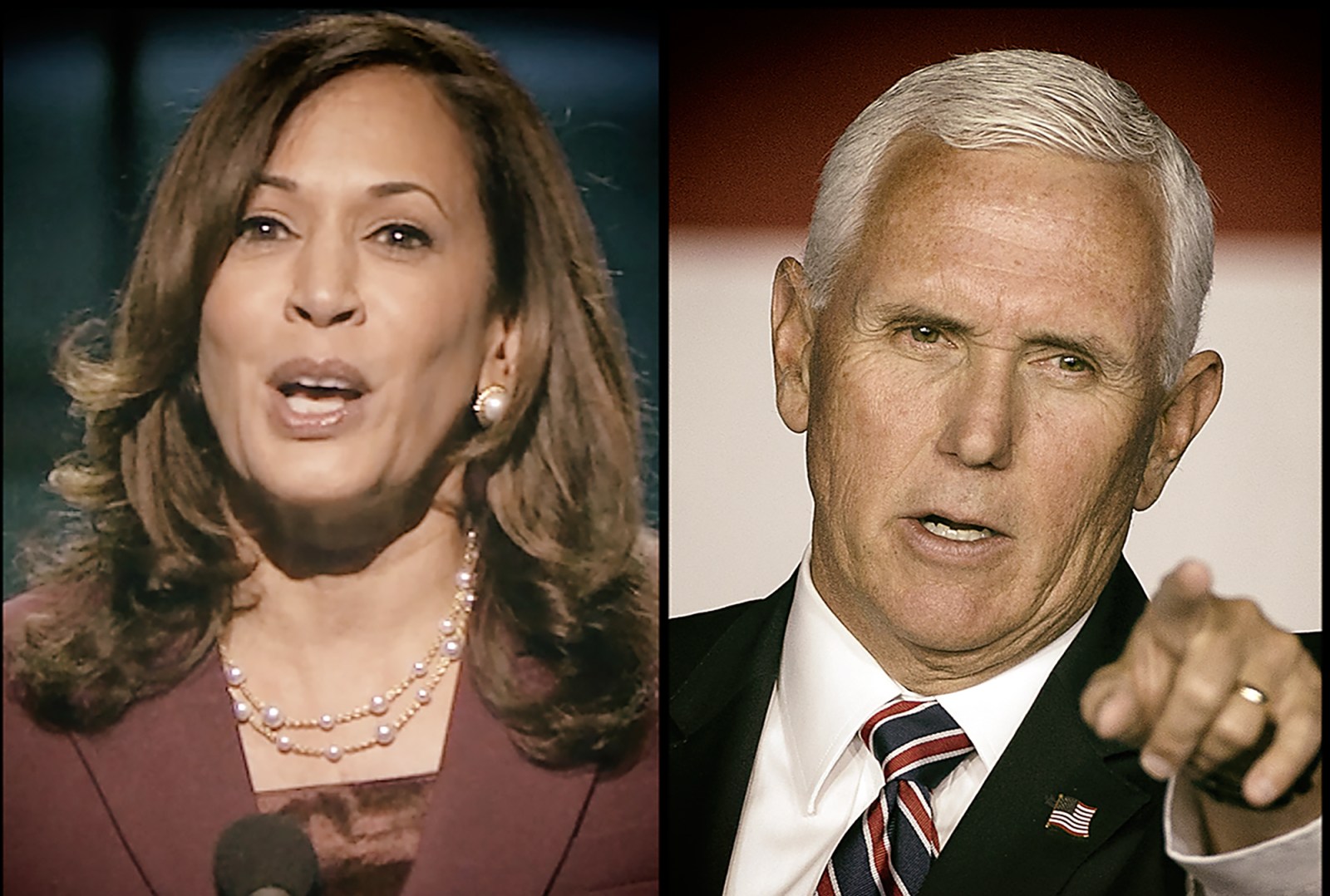 US Vice Presidential candidates Kamala Harris and Mike Pence squared up to one another for the first time on Wednesday night. Photo: EPA-EFE/CJ GUNTHER)

With over 7,5 million confirmed Covid-19 cases and deaths approaching 220,000, the US is looking to the vice-presidential debate on Wednesday 7 October. While coronavirus numbers were on the decline in the US a month ago, the spike over the last two weeks, coupled with the president testing positive, has all eyes focused on the ‘land of the free’.

Following President Donald Trump’s positive Covid-19 diagnosis, his brief hospitalisation and subsequent return to the White House on Monday 5 October, various steps are being taken to ensure the virus is not spread at Wednesday night’s debate.

After announcing late on Monday that the VP debate would have plexiglass dividers between Mike Pence and Kamala Harris, the US Presidential Debate Commission spent Tuesday finalising adjustments for the coming debates. Besides the VP debate, there is the second presidential debate, slated for October 15 in Miami, Florida, and a third and final presidential debate on October 22 in Nashville, Tennessee.

The commission also spent time ironing out details with both campaigns for the new measures to be put in place to ensure the virus is not spread at the vice-presidential debate at the University of Utah’s Kingsbury Hall in Salt Lake City. Following the announcement that plexiglass would now be used to shield debaters, vice-president Mike Pence’s team said Pence would not be surrounded by Plexiglass.

The shields are a source of some contention between Democratic and Republican camps. With Kamala Harris and Joe Biden requesting the protective measure and wanting stricter safety measures, Mike Pence’s team has specifically said the barrier was not needed. The debate commission responded, saying that Pence does not have to be “surrounded” by Plexiglass, but Harris, at her request, will be.

The Biden team has, since the announcement last week of Trump testing positive for Covid-19, been pushing for stricter safety measures, including masks and increased distance between debaters.

Vice-presidential debates are not generally viewed as having the same level of importance as presidential debates, but following the fiasco of last week’s showdown between Trump and Biden, Wednesday’s debate is keenly anticipated.

Pence himself was exposed to the virus, having attended the same events as Trump and the First Lady prior to their positive diagnoses. He was also present at the announcement of Amy Coney Barrett as Trump’s nominee for the Supreme Court on 26 September, and was in the room with Trump for post-debate celebrations on 29 September.

Trump took to Twitter on Tuesday to say he was looking forward to being part of the second presidential debate in Florida next week.

I am looking forward to the debate on the evening of Thursday, October 15th in Miami. It will be great!

This is despite the president not yet being medically cleared of the virus. The US Centers for Disease Control (CDC at www.cdc.gov) says:

Considering that Trump’s oxygen levels dropped and he was being treated with remdesivir – he was scheduled to receive the last of five doses on Tuesday at the White House and was also administered dexamethasone as well as at least two other experimental treatments – it may be safe to say that he could well fall into the CDC’s “persons with more severe… illness” category.

World Health Organisation (WHO) guidelines announced on 2 September, pertaining to corticosteroids (such as dexamethasone), are clear:

The VP debate will be live on various news channels and streamed on the internet. If you are in South Africa, watch it live on Thursday 8 September at 03:00. DM

An Wentzel is night editor, specialist reporter for Daily Maverick: she went to the USA to visit family as the pandemic struck and is currently marooned in the land of the ‘free’.