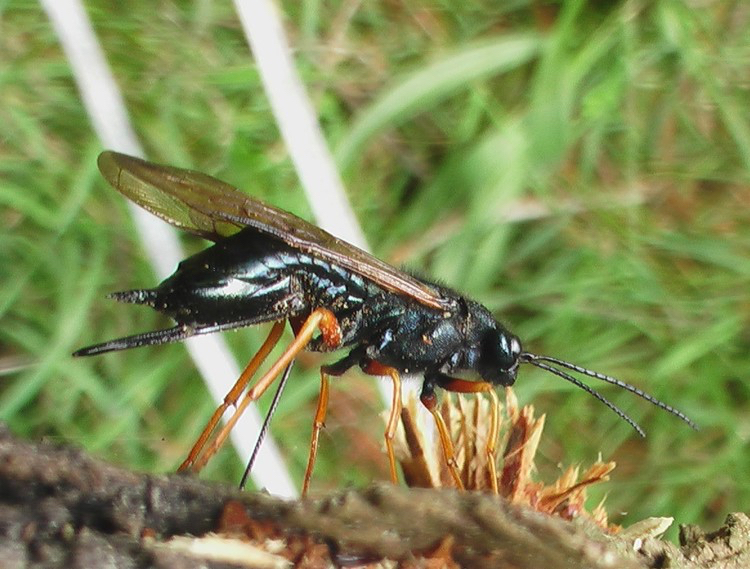 The budget of the Department of Science and Innovation, government’s main funder of research, has been slashed by 16% due to the Covid-19 economic slump. As a result, at least one ‘centre of excellence’ is now short of money. Others are also at risk.

The Centre for Invasion Biology, a crucial player in dealing with invasive species in South Africa, faces an uncertain future as deep science funding cuts come into force.

Invasive species – from wasps that destroy forestry plantations to fish that have killed off native species in river systems – cost South Africa an estimated R6.5-billion a year. They are responsible for a quarter of the country’s biodiversity loss.

Invasive plant species are also major culprits in water scarcity. In Cape Town, for example, some researchers argue that invasive species are a greater immediate risk to water resources than climate change – consuming more than 100 million litres per day.

The centre, established in 2004, was set up to “provide the scientific understanding required to reduce the rate and impacts of biological invasions”, says its website.

In conjunction with the South African National Biodiversity Institute, the centre produced the country’s first overview report of invasive species. It was praised by international experts as the first comprehensive report by any country.

However, the centre is about to become a casualty of cuts to science funding by government. The budget of the Department of Science and Innovation, government’s main driver and funder of research, has been slashed by 16%, as the economic repercussions of the Covid-19 pandemic hit.

Research Professional reported that its funding agency, the National Research Foundation (NRF), had budgeted for a 20% cut in funding. One place it is cutting back is in its centres of excellence. From this financial year, some of the centres will see their funding cut by 25%, by 50% next year, and 75% in 2022.

The Centre for Invasion Biology is “in crisis mode as a result of this”, says director Dave Richardson. “We have had to cut funding to several key projects and will soon need to start procedures to retrench some of our key staff. Although our key partners, such as the Department of Environmental Affairs and their affiliates, are sympathetic to our plight, they too are facing budget crunches.”

Funded by the Department and the NRF, the centre was one of the first established in 2004, alongside the Centre of Excellence for Biomedical TB Research and the FitzPatrick Institute of African Ornithology (although this institute had already been in existence).

The drastic cuts do not come as a complete surprise, but the sudden timing does. The centres of excellence (CoEs) were guaranteed 15 years of funding, expiring in 2019, and there have been on-going negotiations about how to make the centres sustainable.

“Due to austerity measures and decreased budgets from the department, including the current Covid-19-related cuts, the NRF can no longer sustainably fund the first cohort of CoEs at current or increasing grant values,” the NRF told GroundUp.

“While the NRF concedes that some of the CoEs might be in areas in which South Africa is a leader, CoEs should be able to leverage additional funds to sustain their research activity… by virtue of their international standing and reputation.

“It is incumbent upon those CoEs that fail to leverage funding to adapt to change and reinvent themselves so that they remain relevant and are able to compete for other sources of funding.”

Peter Ryan, director of the FitzPatrick Institute of African Ornithology at the University of Cape Town, says that it came as a shock to learn in August that the NRF was cutting their funding by a quarter this year, half next year and by three-quarters in 2022. “We’re struggling to meet our budgets, but compared to what other centres are facing, I suspect we’re very lucky,” Ryan says. “I fear that the other centres are likely to disappear unless an alternative source of core funding can be found.”

It is difficult to find outside funding sources and partners for research centres that look after the broad environment, he says. The danger for institutions that may have to start retrenching staff is that “once you lose people, you lose the heart of the institution and it goes downhill quickly from there”.

The closure of the Centre for Invasion Biology would have global repercussions, says Piero Genovesi, chair of the invasive species specialist group for the International Union for Conservation of Nature.

It “would have disastrous effects on our global efforts to prevent and mitigate the impacts of invasive species”, he says.

“Not only would it significantly reduce the research on invasion biology, but it would also deprive the decision makers of an important source of scientific knowledge to base their decision on.” DM