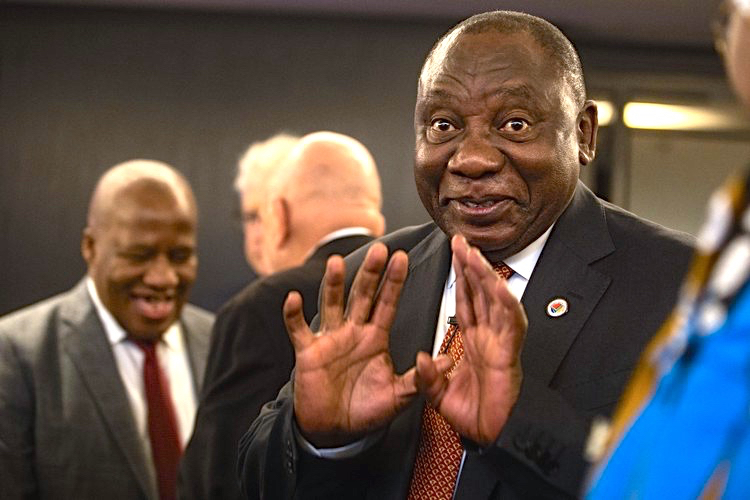 President Cyril Ramaphosa has announced a “new town” of 51,000 apartments to be built east of Pretoria. (Archive photo: Ashraf Hendricks)

The project, at Mooikloof near Pretoria, will see thousands of apartments being built and many jobs being created. However, mega projects like these have become increasingly exclusive and unaffordable for middle and working class people.

The project, at Mooikloof east of Pretoria, aims to able build “housing at scale” with 50,000 apartments, priced at between R495,000 and R799,000, and targeted at state employees. It will create about 41,000 jobs and add an estimated R75 billion in turnover to the economy. While this is undoubtedly impressive, it raises several concerns.

On one hand, developing new cities or towns on vacant land seems appealing. The cost of installing services is substantial, but there is less public contestation and such developments can theoretically provide housing at scale.

However, developments such as Century City in Cape Town, and Tongaat in eThekwini have shown how the new towns have become increasingly exclusive and unaffordable for poor people or even the middle class.

The alternative is to densify our cities and ensure that poor and vulnerable people are living close to current economic centres and are not burdened with high costs of transport and distant amenities. This can be costlier, but in the long term has significant benefits both for citizens and for the integration of South African cities.

Which brings me to the next point: what are the highest priorities for housing?

We have an estimated 2,700-3,000 informal settlements and thousands of people living in poorly constructed backyard structures. It is unlikely that many of them will be able to afford or purchase apartments in the Mooikloof scheme.

Dealing with the housing mess in South Africa, doesn’t require any mega projects. It requires political commitments to make the hard choices – aligning political will for informal settlement upgrades across party lines, making resources and technical capacity available, and reforming some of the key impediments to delivery.

To build a new future we need to fix the foundations, and not just change the façade. The other critical priorities to be considered are in relation to public transport and climate change. Investing in robust public transport for metros and secondary cities could signal a change in development patterns and in our dependence on private vehicles.

It is short-sighted to view the “home” as an economic asset whose success is measured by “return on investments”. This will recreate our current patterns of development, where collective body corporates will have to manage long term operations. This model is precarious, as the income diversity of the ultimate homeowners is significant.

Such mega-developments should rather allow for different forms of tenure, including rental and social housing.

Infrastructure investment of this magnitude has historically been used to rebuild cities and in turn, revive the economy, after the world wars for instance. But South African history demands that some of the historical projects be revived. For instance, in District Six, several hundred land claims are still awaiting development.

This links to another point: it is common in government contracts that a certain percentage (often 30%) of construction is given to small upcoming emerging contractors, but the main contract is always awarded to large construction companies, which often use these emerging contractors as labour brokers. This often means that the smaller companies do not grow and may even collapse once the project is completed.

If we are serious about a significantly different economic structure, we have to rethink the entire procurement model for such developments.

We should prioritise small contractors, with necessary support mechanisms for growth, rather than just focus on large scale investment and returns.

In the Mooikloof project, the core instrument is the public-private partnership, where private sector resources will get incentives from government investment in infrastructure.

If the development goes ahead as planned, and everything is implemented exactly as imagined, it is likely that land values will skyrocket by the time the final unit is completed.

Property values in neighbourhoods like Century City and Tongaat have climbed up to 200% between the first set of developments and the more recent developments. This puts the entire project at significant risk of falling in the property market trap, where the same development becomes unaffordable due to rapidly escalating serviced land prices.

This can only be resolved by clear guidelines and policy parameters for managing land price escalations and, as mentioned earlier, by a mix of tenure, including public rental housing.

Lastly, the development of such mega projects has not been our strength. From the Joe Slovo project to thousands of other housing projects, very few developments have reached the intended scale. Often these projects spend large budgets on technical studies, feasibility analyses, and engineering drawings, but eventually only a fraction of the development is implemented.

And, even if the development does come to fruition, if it requires this degree of vigour and energy, then why not get behind the hundreds of housing and informal settlement upgrading projects that are at a standstill?

It is now our responsibility to scrutinise how our shrinking resources are invested and for what purpose.

Adi Kumar is executive director of the Development Action Group.

Journalism and the pandemic: Searching for a silver lining within the many dark clouds