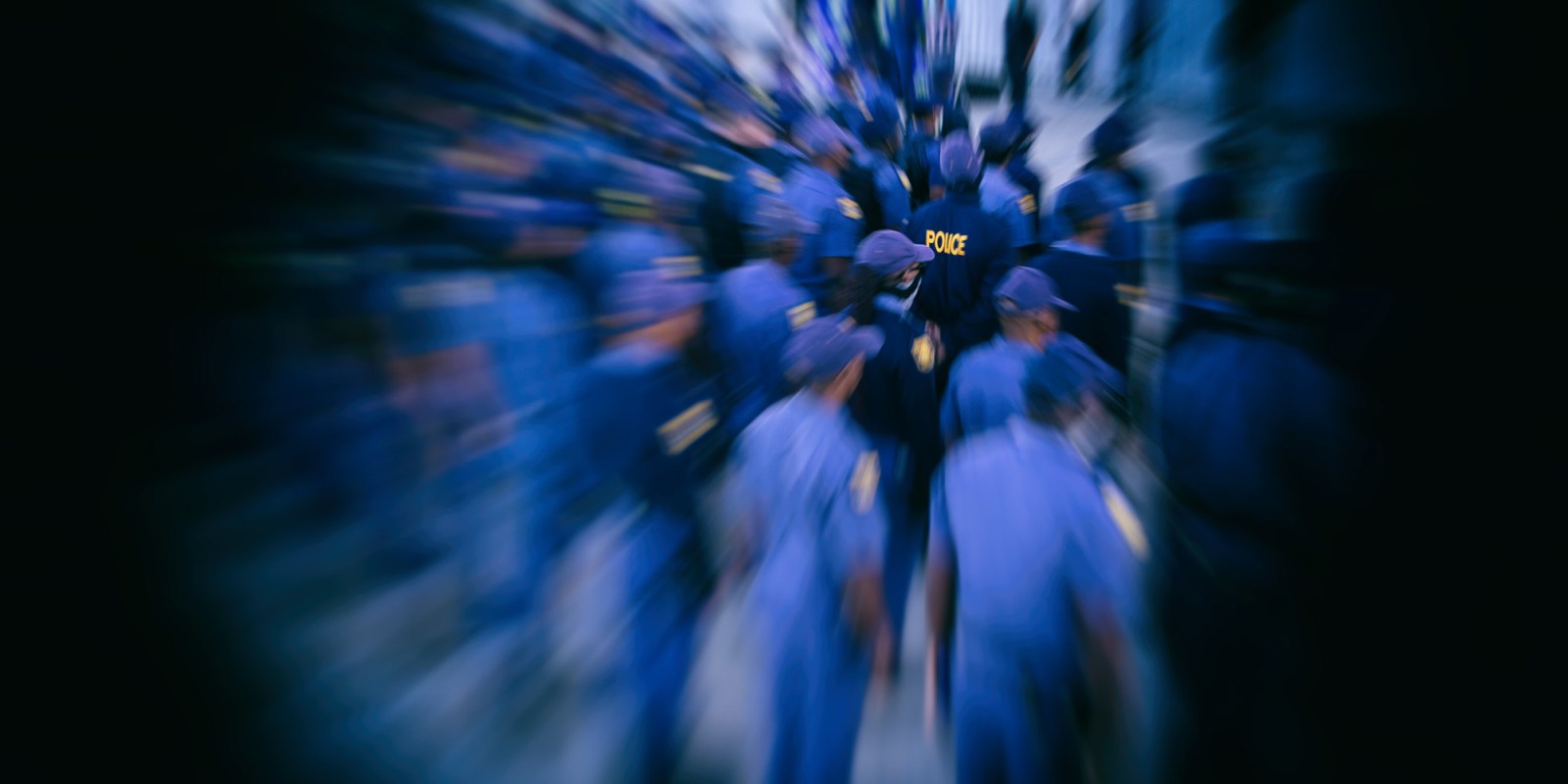 Summonses for former North West deputy SAPS provincial commissioner Jan Mabula and other members of a team of ‘rogue’ detectives to appear in the Johannesburg Regional Court on multiple serious charges have been withdrawn.

The surprise move comes more than two years after the NPA informed the Independent Police Investigative Directorate (IPID), which had investigated Jan Mabula and the “rogue” team implicated in several criminal matters, that a prosecution on 10 counts including kidnapping and assault with intent to do grievous bodily harm would go ahead.

However, on 6 October 2020, the day Mabula and the team were due to appear in court, the J175s, or summonses in the matter, were mysteriously withdrawn without a court hearing.

Daily Maverick has learnt that Mabula and other members of the unit had made unsuccessful representations to the NPA more than a year ago — hence the summons to appear on 6 October.

Daily Maverick has asked the NPA to confirm whether it was Chauke who issued the instruction on 6 October to withdraw the summonses for Mabula and the team.

We will publish a reply as soon as it is received.

Procedurally, this bid to present further representations should have been made in court and in consultation with the investigating officer and the prosecutor in the matter.

It is believed that Chauke has given Mabula until 30 October 2020 to make further representations.

Chauke is among NPA members named in a confidential report, known as the De Kock Report, compiled by advocate Rodney de Kock for NPA head Shamila Bathoi on the Johan Booysen “Cato Manor” case and the complicity of senior NPA officials in that scandal.

Mabula was roped in by now disgraced former prosecutions boss Nomgcobo Jiba to arrest now retired KZN Hawks head Booysen in connection with the Cato Manor matter. Booysen has since been completely exonerated.

Mabula and his team were also implicated by IPID in an investigation into the alleged torture of two suspects arrested after a 2006 robbery during which R14-million was taken from the Benoni SAP13 store.

IPID’s Moses Dlamini said that the directorate had “conducted the investigation and made recommendations to the DPP [Directorate of Public Prosecutions] for the notorious team’s prosecution, which the DPP has agreed with”.

Most of the suspects arrested by Mabula and his team ended up dead, said IPID, with one allegedly tortured and murdered in Mmakau, a village in the Bojanala District in North West.

“Had the crime been committed after the Torture Act was enacted, they would have been charged with torture,” said Dlamini.

There were other investigations against Mabula in North West, including a matter which ended up in the Klerksdorp courts.

While Mabula has since retired, many of the officers accused with him are still on active duty in the SAPS.

In 2019, IPID was awaiting an SAPS response on numerous disciplinary recommendations made against the Mabula team.

“The non-action by the SAPS on these matters is a contravention of Section 30 of the IPID Act, which obliges the SAPS to initiate disciplinary action against members within 30 days of receiving IPID recommendations.”

The North West team, as it has become known, has been the focal point of several politically motivated arrests, including that of former NPA prosecutor Gerrie Nel in a failed prosecution spearheaded by Jiba in 2008. Nel was at the time prosecuting former national police commissioner Jackie Selebi on charges of corruption.

Nel was arrested in a high-profile swoop on his home in Pretoria by Mabula on instruction from Mdluli.

Mabula and his team also arrested forensic investigator Paul O’Sullivan and his assistant Sarah-Jane Trent who, with IPID investigators Mandla Mahlangu and Temane Binang, were rounded up in 2017 on a range of charges including fraud, racketeering and corruption.

The charges were all dropped after a June 2018 high court order prohibited police officials who are the subject of an IPID investigation from probing IPID officials.

For a man who has found himself at the centre of key chapters in the State Capture narrative and who is accused of very serious crimes, Mabula, like his former boss Richard Mdluli, has managed to successfully delay his day in court.

Some of the cogs in the wheels of justice, it appears, are still too greased to gain traction. DM