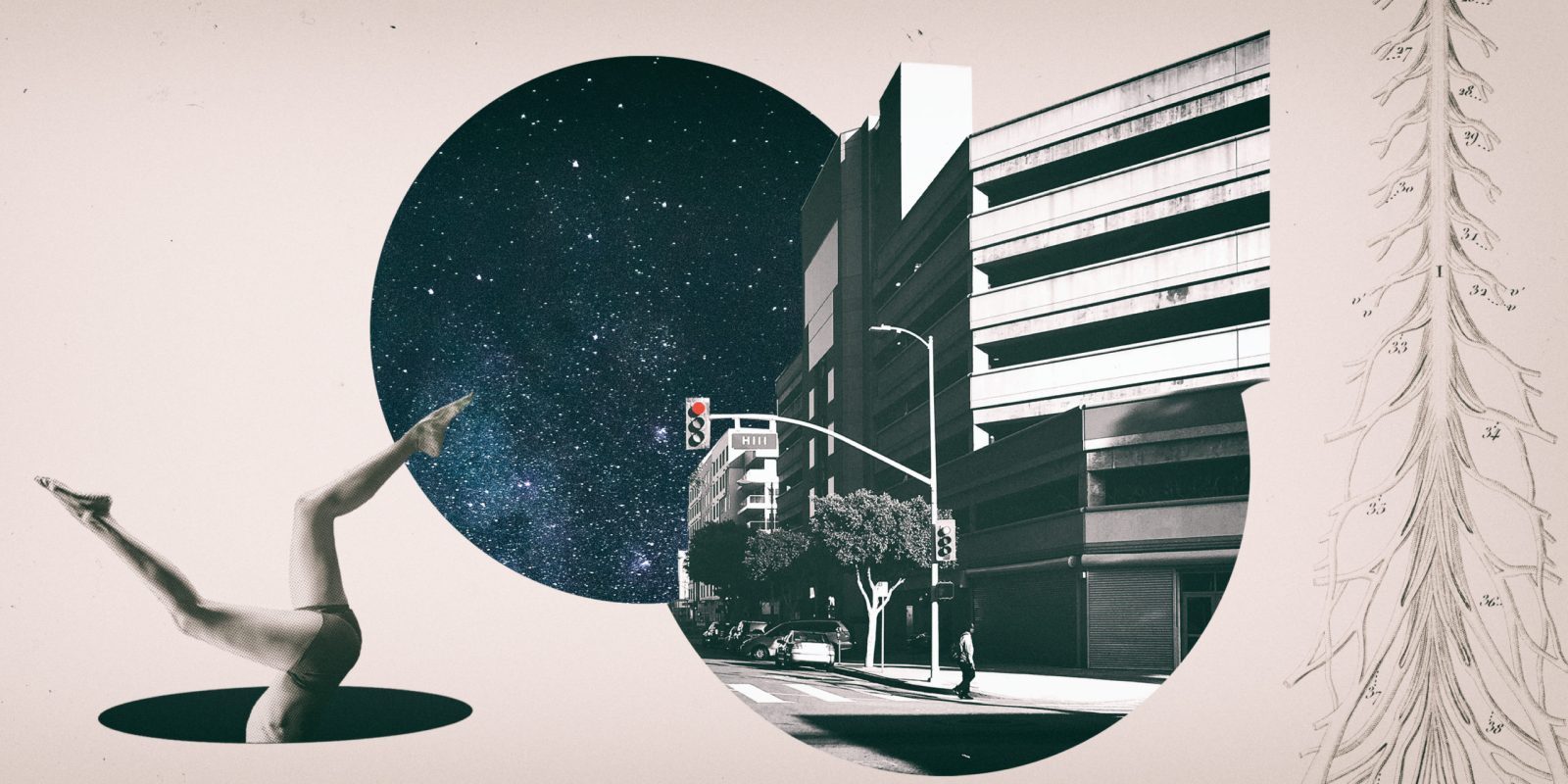 There were times when physicians believed that removing certain body parts, or injecting patients with malaria-infected blood, were cures for mental illnesses. And it wasn’t that long ago that lobotomies were standard procedures. Today, there are even apps available – we’ve come a long way.

Mental illness is widespread and causes considerable impairments in people’s ability to maintain relationships, enjoy life and realise their dreams. The World Health Organisation reports that, globally, 264-million people experience clinically significant depression, while 50-million have dementia and 20 million are affected by schizophrenia. Depression is also among the main causes of disability, making it one of the most common and debilitating health conditions.

Left untreated, mental health problems compromise physical and social wellbeing, and can lead to suicide. World Mental Health Day on 10 October provides an opportunity to take stock of the progress that has been made towards promoting mental health and highlighting areas that still need attention.

When it comes to advances in mental health, there is much for us to celebrate. Substantial progress has been made towards developing effective treatments for most mental disorders, and understanding the range of biological and social factors that compromise psychological wellbeing.

Since the 1950s, when the first antipsychotic drugs were used, neuroscientists and psychiatrists have identified a range of effective pharmaceutical interventions to treat depression, bipolar disorder, anxiety, psychosis and epilepsy. Advances in genetics and brain imaging have provided new insights into the neurobiology of mental illness, and helped scientists identify novel approaches to diagnosis and treatment.

For example, in the past 60 years, neuroscientists have discovered that addiction is a complex brain disease in which healthy neural pathways become interrupted, causing drugs and alcohol to hijack the pleasure and reward circuits in the brain, pushing the emotional danger-sensing circuits into overdrive. This helps to explain why individuals with substance abuse problems need much more than good intentions or willpower to break their addictions.

The biomedical view of mental health, which views psychological problems as diseases, has also helped us move away from seeing mental disorders as some kind of moral or characterological failing, and instead to understand that people who experience problems such as addiction and depression are patients who require compassion and treatment just as much as people with physical illnesses are in need of care.

Aside from advances in neurobiological understandings of mental illness, there is also growing awareness of the impact of sociocultural, contextual and economic factors on psychological wellbeing. There is good evidence to show that early childhood experiences, adverse life events, exposure to trauma and economic stress compromise psychological health. Social isolation, loneliness and interpersonal conflict also have a role to play in precipitating and maintaining mental illness.

Since Freud first proposed the “talking cure” in the early 1900s, psychologists have refined psychotherapy and identified a host of effective psychological interventions. For example, in their guidelines for evidence-based treatment of depression, the American Psychiatric Association identified no fewer than eight distinct forms of psychotherapy that can effectively alleviate mood disturbances, including cognitive behavioural therapy, mindfulness-based cognitive therapies, interpersonal psychotherapy and psychodynamic therapies.

These modern psychological approaches to the treatment of depression are a far cry from what we would now consider to be unsophisticated and cruel interventions that were routinely delivered in mental asylums less than 150 years ago.

In the late 1800s and early 1900s, treatments for mental illness included bizarre practices such as removing body parts (teeth, tonsils and parts of the stomach), which were assumed to be sites of infections causing the “madness”, and inducing fevers in people with schizophrenia by injecting them with malaria-infected blood.

In the 1940s some doctors believed that the only way to treat severe mental illness was by surgically damaging the frontal lobes of the brain, in a procedure that came to be known as a lobotomy. It is estimated that by 1972, approximately 50,000 lobotomies had been performed on mentally ill adults and children in asylums in the USA, often against their will.

Modern approaches to treatment are more humane and respectful of people’s rights, dignity and autonomy. There are now legal and ethical frameworks that protect patient’s rights and limit the power of health professionals to treat mentally ill patients with cruelty.

Nevertheless, early psychiatric treatments have cast a long shadow over mental health professionals, who are sometimes still regarded with suspicion and mistrust, or seen as quacks. This old view of psychiatry undermines the monumental advances that have been made in clinical practice, and the scientific understanding and treatment of mental illness.

Crucially, the early history of psychiatry has left contemporary mental healthcare professionals with a responsibility to challenge misconceptions about mental illness, and work consistently to advocate person-centred evidence-based treatments.

By 2018 Xiaoice had 660 million registered users in six countries, illustrating the potential that technology could have to expand access to mental health services. While it is early days in the development of these computerised treatments, the preliminary evidence is promising, with many users reporting that they like the convenience and accessibility of digital interventions and find them helpful.

Researchers in South Africa are already exploring the use of digital mental health interventions, and these could prove to be an integral component of future strategies to improve access to psychological treatments that work. Our challenge will be to implement these digital innovations in a way that does not dehumanise mental healthcare.

While it is true that effective treatments are available for mental health problems, it is also true that we still have much to learn about matching people to the best form of treatment for them. For example, many people with depression have to try a number of different treatments until they find one that works effectively.

For reasons that are not well understood, people respond differently to different modes of psychological and pharmaceutical treatments. This can make it frustrating for anyone looking for immediate relief from their symptoms, and discouraging to those of us who need to try more than one treatment before we find one that works for us.

Patience, perseverance and the willingness to try more than one form of therapy are essential ingredients for overcoming mental health problems.

While appreciating all the advances that have been made in psychiatry and psychology over the past 100 years, it is important not to lose sight of the challenges we continue to face in South Africa to promote the psychological health of all citizens.

Psychiatric care and psychotherapy are expensive and unaffordable for many people.

There is also a shortage of mental health professionals who are trained to deliver evidence-based interventions. Strategies are urgently needed to improve access to affordable and effective treatments that are culturally appropriate and acceptable to South Africans.

Promising interventions need to be understood within a broader social framework. We know that violence (including gender-based violence), trauma, adversity, social inequality, social exclusion, discrimination, environmental degradation, poor nutrition and lack of access to good physical health are, among other things, associated with poorer mental health. All these ecosystemic and social justice issues are especially pertinent to South Africa.

World Mental Health Day is a time not just for thinking about how to treat disorders, but also for committing ourselves to building a world which promotes justice and fairness, and hence, better mental health for all. DM

Jason Bantjes (PhD) is Associate Professor in the Department of Psychology and also part of the Institute for Life Course Health Research in the Department of Global Health at Stellenbosch University. His work is supported by a grant from the South African Medical Research Council (SAMRC), under the mid-career scientist programme. The views expressed here are not those of the SAMRC.