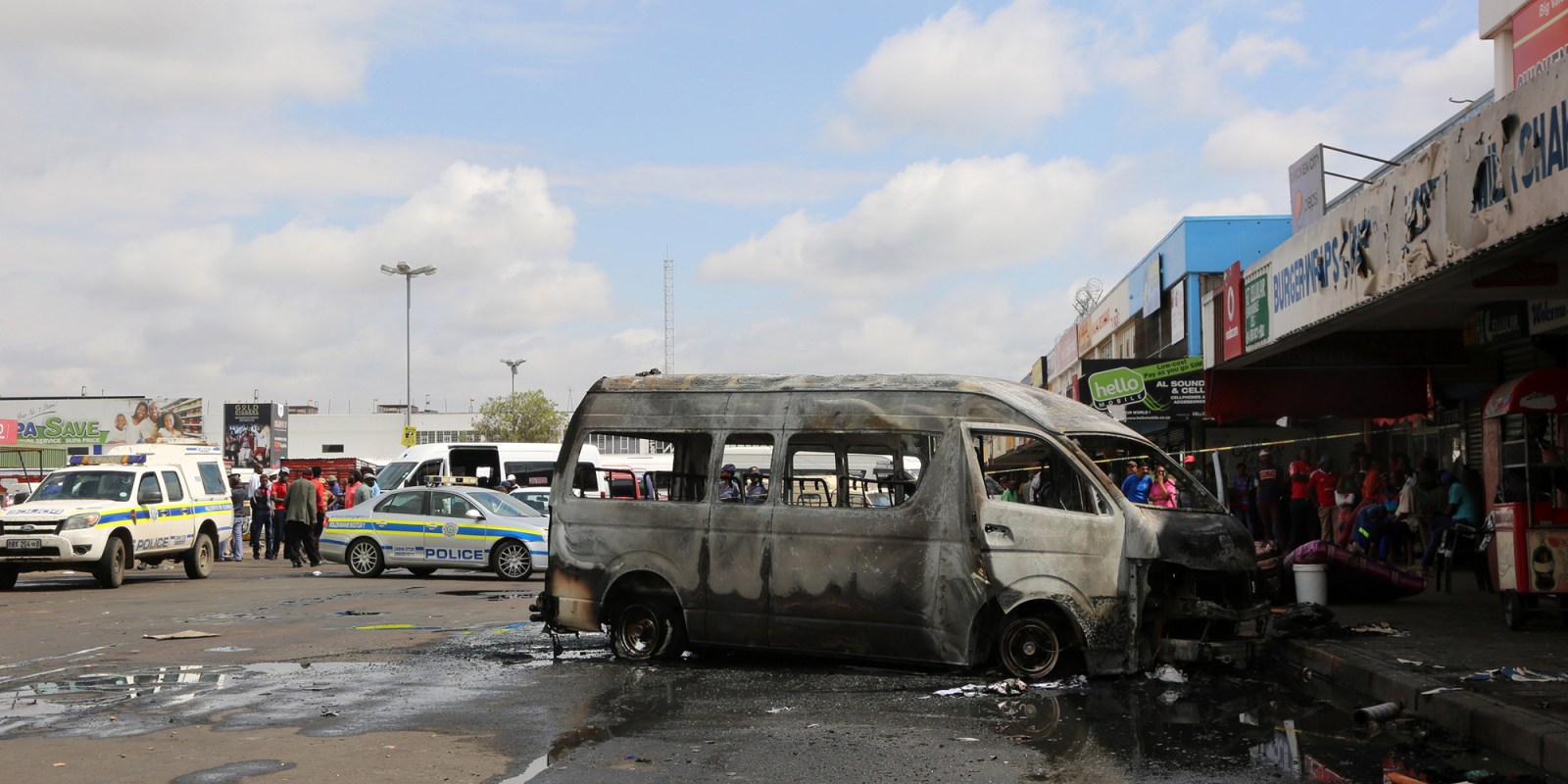 On Monday 5 October, Lieutenant-Colonel Mohamed Bayat took the witness stand at the commission of inquiry into taxi violence and revealed that the task team responsible for getting to the bottom of the ongoing crisis was made up of only 12 investigators.

The commission, sitting at the Emoyeni conference centre in Parktown, is investigating taxi violence in Gauteng and trying to determine why more than 500 cases, some dating back to 2012, have still not been resolved.

“The biggest problem is a shortage of members. There are 12 investigating officers to deal with taxi violence cases for the entire province,” Lt-Col Mohamed Bayat told the commission of inquiry into taxi violence on Monday.

“We have 12 investigating officers and three commissioning officers, one of whom has gone on pension,” he said.

In addition, Bayat said, these officers relied on vehicles that were old, had high mileage and were not reliable. Only 10 of the officers had laptops and connecting to servers was an ongoing problem, but “this was being addressed”.

And while the shortage of officers was a major problem, Bayat said most of the team were experienced officers, “except for the last member that I received who came from uniform and was on probation”.

Moonoo had also testified that members did not seem sufficiently trained or experienced to handle crime scenes and investigations.

“The procedure is that if, for example, a crime such as murder has been committed, the first responders should get to the scene and secure it. They will then contact the local detectives,” said Bayat. He said members on the scene should not take over, but must assist.

“So what can you say about the fact that General Moonoo said they are not sufficiently trained in crime scene management?” asked Potgieter.

“The majority of our members have done resolving of the crime scene course in which one of the modules would be crime scene management. They have been trained,” Bayat maintained.

Potgieter again referred to Moonoo’s testimony that there was a lack of crime scene management in the sense that DNA was not collected from crime scenes. Bayat said he could not comment as he had not seen the dockets Moonoo was referring to. He said he accepted Moonoo’s findings, but could not connect that to dockets he had personally seen, and could not give a reason why the DNA might not have been collected in the cases referred to by Moonoo.

Bayat told the commission he became a detective in 1995, having begun his career at the Moroka police station in Soweto. A decade later in 2015, he took over the provincial taxi violence task team.

“How do you determine what are taxi violence related cases?” Potgieter asked Bayat, who responded that “it was about ruling out other possibilities upon arrival at the crime scene, for instance where someone was killed and nothing was taken, you establish which association they belong to. Generally there would conflict within the associations, then we take it as taxi violence”.

Bayat also testified about other problems the unit faced.

“Vehicles are a bit of an issue but it’s being addressed. The fleet is old… Most of the cars were obtained in 2015 and with the amount of travel that investigating officers have to do, these cars have high mileage. Some have been at the garage for a while,” Bayat told the commission.

In terms of office space, Bayat told the commission that they were better off than before. “We basically had one big office accommodating about 10 investigating officers. Now we have moved into a new building, it’s much better.”

He told the commission that the unit moved into the new premises at the end of 2019. He said some members were still sharing offices but that this was better than 10 men with two tables in an office. DM