Inside Cricket SA: Forensic audit puts Thabang Moroe at the centre of the rot 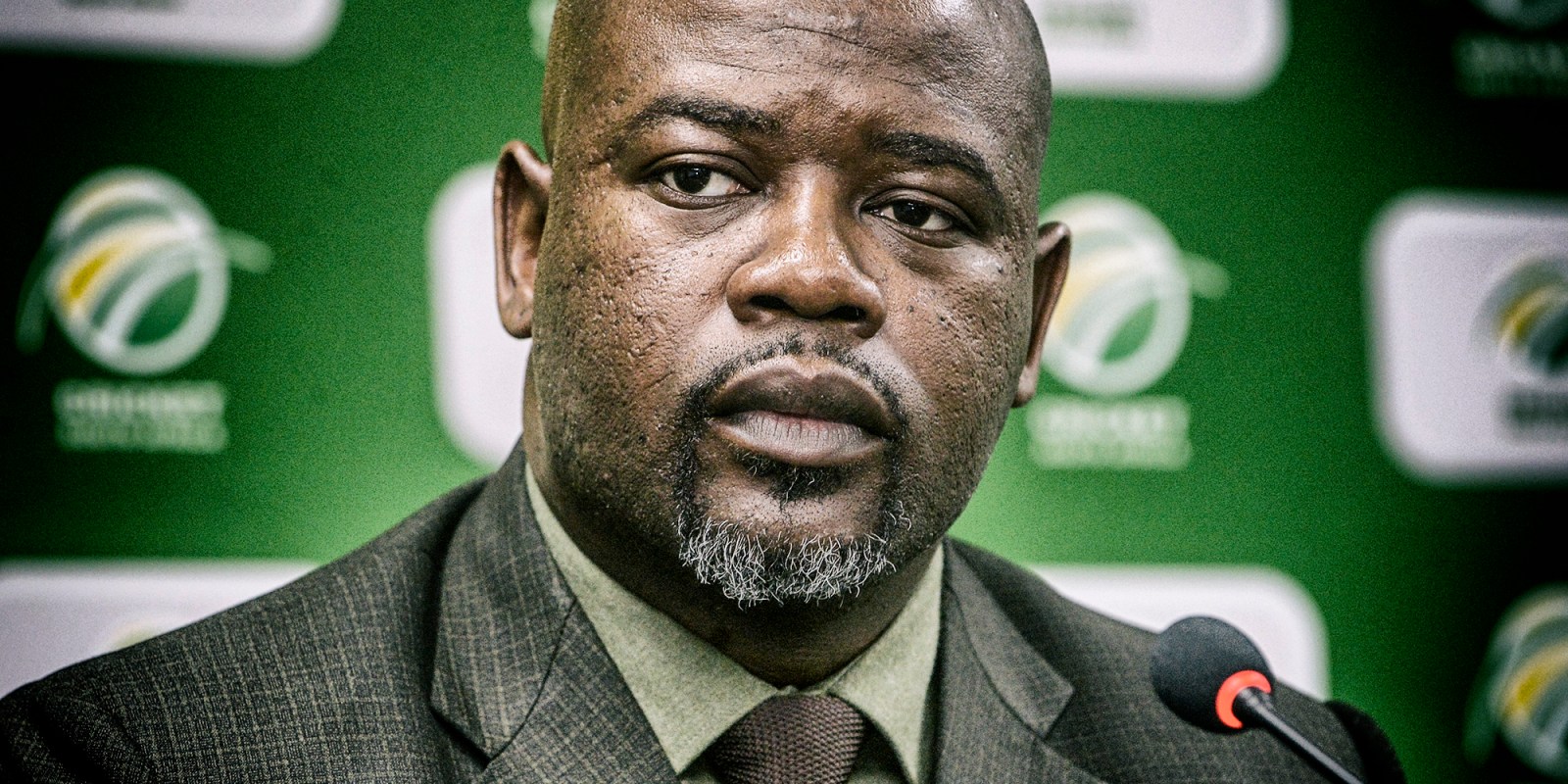 Cricket South Africa released a summary of the Fundudzi forensic report on Monday and the picture emerging is that former CEO Thabang Moroe is being lined up as the major fall guy.

It is some progress. Slow painful progress, but a move forward nonetheless. Cricket South Africa (CSA), which has been in possession of a completed forensic audit detailing issues of poor governance for two months, finally let the world take a peek on Monday.

A 46-page summary of the 450-odd pages of the full Fundudzi report dropped into media email boxes, after a 37-minute statement from John Mogodi, a board and Members’ Council delegate. There was more detail in the summarised pages, but in reality, most of the issues outlined have been in the public domain for months.

The summary almost wholly omits the role the CSA board has played in the mess the organisation is in, which hopefully some of the other 90% of the report not published, addresses.

Mogodi outlined the rationale behind CSA’s reluctance to share the full report. But he would not take any questions. He finished his statement and the Zoom meeting ended abruptly.

“I reiterate what has been said at various meetings, media briefings, interviews and various stakeholder communications: the forensic report was commissioned to be used as an internal document, and never intended for public release,” Mogodi said.

The report details numerous allegations against Moroe, who was sacked in August on the basis of the findings contained in it. He appears to have breached the Companies Act at least 12 times according to the report.

One of the charges against Moroe is that his reckless decision to exercise CSA’s “step-in” rights and take over the running of the Western Province Cricket Association (WPCA) eventually cost CSA R565,000 after the province won an arbitration case to have the decision overturned.

That’s all well and good, but current board member Eugenia Kula-Ameyaw spent R520,000 on a full-page Sunday newspaper advert without executive approval. She also issued a threatening tweet to sponsor Momentum, which had just cut its sponsorship of men’s One-Day International cricket. CSA was forced to issue a public apology for that outburst, while Kula-Ameyaw has not apologised. Ten days after a disciplinary hearing, CSA have said nothing about her case. She remains a board member.

The Fundudzi report covered a 48-month period from 2016 to December 2019. It investigated “various governance issues and allegations relating to possible failure of controls and insufficient executive oversight within CSA”.

According to CSA’s lawyer’s Bowmans, who prepared the summary, it is: “no more than an analysis prepared by Fundudzi on what they became aware of during their investigation. The Fundudzi Report is not a court judgment and the findings and conclusions therein have not been tested”.

The full Fundudzi Report covered 24 themes/areas of concern. Among them are Moroe’s handling of relations with the South African Cricketers’ Association (Saca) and a suspect procurement of services from a mysterious company listed as “Service Provider X”, which cost CSA a total of R3.49-million for no return.

The investigation aimed to establish whether the CSA board adhered to effective corporate governance principles. It also aimed to determine whether “effective internal controls were in place; whether key sub-committees, reasonably relied on management information and applied reasonable levels of professional scepticism to such information before recommending such proposals for approval by the board”.

Moroe is at the centre of most of the problems laid out by Fundudzi, but other individuals such as former chief operating officer Naasei Appiah and current acting president Beresford Williams are also named. Williams in relation to a potential conflict of interest over a loan to the WPCA when he was president of the union and Appiah to credit card abuse.

Fundudzi confirmed transactions relating to the purchase of alcohol totalling R201 372.80 and R64 830.50 by Appiah and Moroe respectively.

“The Fundudzi Forensic Report contains extensive information about the organisation, individuals and third parties, which we, as Cricket South Africa, have not been able to investigate, corroborate or clarify in its totality as yet,” Mogodi said.

“While we are not claiming the report to be inaccurate, it is important to understand that Fundudzi’s forensic analysis is a single-sided report, and not all of the individuals or parties mentioned, have had the opportunity to provide responses to the findings as yet.

“For current or potential litigation on matters relating to this report, the identity of certain people or entities will not be not disclosed at this time as such disclosure may cause harm to the interests of that juristic parties or CSA, and could potentially prejudice any legal action that CSA is pursuing or may take accordingly.”

What about the board?

The consistent theme emerging throughout the summary and in Mogodi’s statement is that Moroe was at the heart of the problems. He is central to all that went wrong.

But what is less clear is where was the board in all this?

Firstly, it was the board that appointed Moroe, who was under-qualified for the job. That was expressed in media reports at the time of his appointment and they were dismissed as malicious.

Secondly, as Moroe stumbled from one mistake to the next, the board offered little or no resistance and almost no oversight. The summary report only expressly mentions the board’s “dereliction of duties” once, in relation to a contract signed with Global Sports Commerce (GSC) to sell commercial rights to the Mzansi Super League (MSL). But the constant theme which emerges is that the board allowed Moroe vast latitude.

In a damning summation of the board’s actions that have cost CSA in excess of R27-million in the botched deal with GSC, Fundudzi states:

The CSA hierarchy, which is due to face a grilling for Sports Minister Nathi Mthethwa and others at an appearance before the Sports Portfolio Committee on Tuesday, reiterated that the problems are theirs to sort out.

The South African Sports Confederation and Olympic Committee (Sascoc) wanted to set up a task team to investigate CSA. But that move has been blocked by CSA and Sascoc has asked Mthethwa to intervene. If he does, it will be in breach of the International Cricket Council’s (ICC) membership regulations. DM