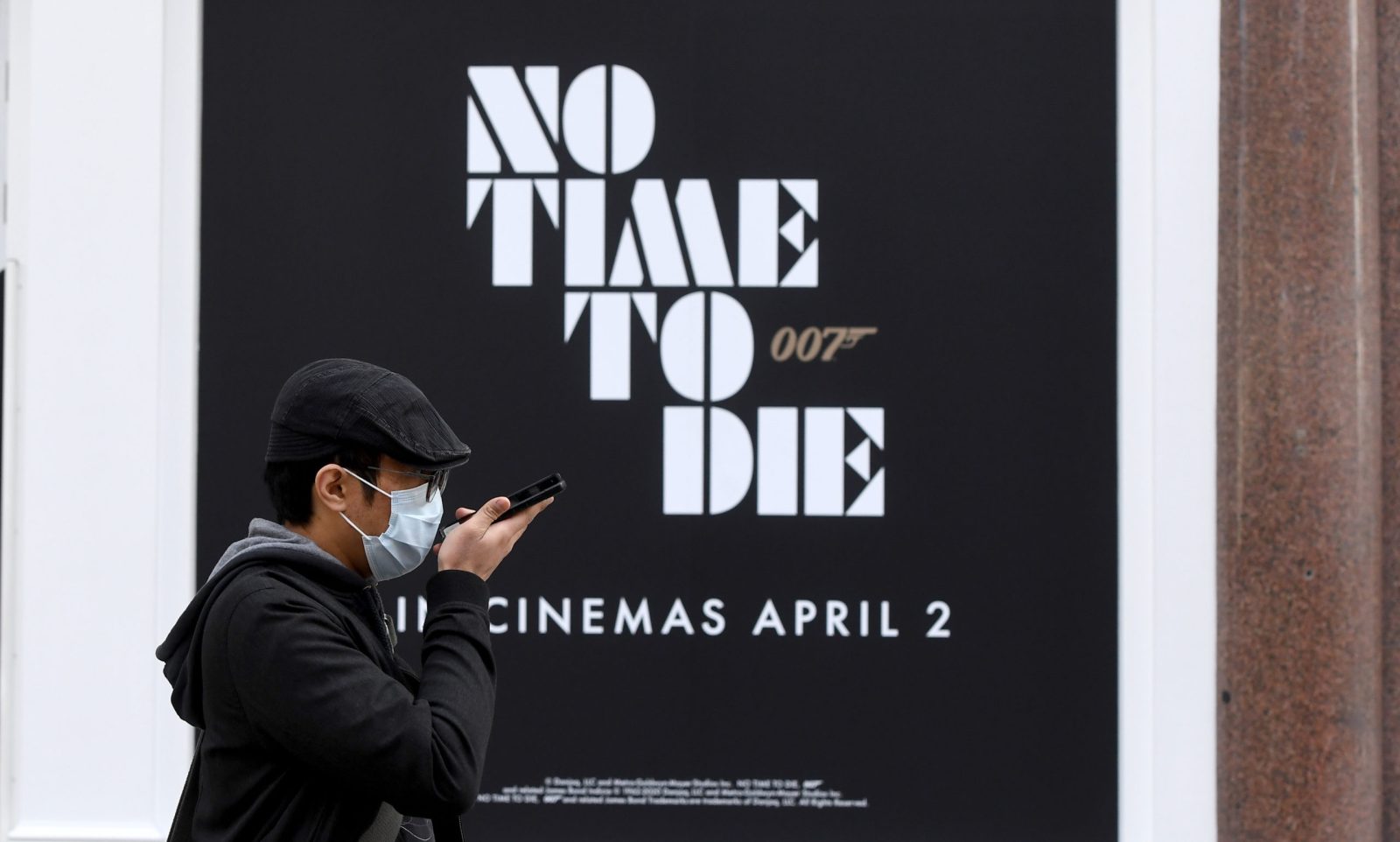 epa08286816 A man walks past a new James Bond movie advert 'No Time To Die' in London, Britain, 11 March 2020. according to reports, 475 people have now been confirmed positive for Coronavirus COVID-19 desease in Britain. EPA-EFE/FACUNDO ARRIZABALAGA

Oct 5 (Reuters) - Cineworld will close all of its UK and U.S. movie theatres this week, leaving as many as 45,000 workers unemployed for the foreseeable future as it strives to survive a coronavirus collapse in film-making and cinema-going.

The world’s second-biggest cinema chain said the reluctance of studios to push ahead with major releases such as the new James Bond film had left it no choice but to close all 536 Regal theatres in the U.S. and its 127 Cineworld and Picturehouse theatres in the UK from Oct. 8.

Confirming weekend reports on the closures by Reuters and UK media, the company’s statement on Monday spelt out the scale of the job losses, which take in thousands of ancillary staff including cleaners and security as well as its own employees. It gave no indication of when cinemas might reopen.

Shares in the company, which have plummeted more than 80% this year, dropped another 60% to an all-time low within ten minutes of the opening bell on Monday as it said it was looking at all ways of raising additional funds.

The entertainment industry has been among the heaviest hit by social distancing and other restrictions, with Walt Disney last week announcing plans to lay off roughly 28,000 employees, mostly at its U.S. theme parks.

Cineworld began reopening in July after virus-related restrictions started to ease, but the further postponement of the James Bond film “No Time To Die” and others including Marvel’s “Black Widow” have left the months ahead looking bleak.

“Without these new releases, Cineworld cannot provide customers in both the U.S. and the UK… with the breadth of strong commercial films necessary for them to consider coming back to theatres,” it said.

Studios have released some of this year’s major planned blockbusters on Netflix or the Disney Plus streaming platform, while cancelling others until next year.

Vue cinemas boss Tim Richards told BBC Radio: “Our problem right now is we have no movies, and this was a big blow for us.”

“We are likely going to make it through. I’m concerned about the independents and the small regional operators right now that are going to really struggle, and when they close, they may not reopen.”

Britain has slid into a fresh round of lockdowns and tightened social restrictions in the past month. Other major UK operators, including Vue cinemas and Odeon, did not immediately respond to Reuters’ questions on their response to the crisis.

“Although the delay of the latest 007 blockbuster prompted the decision, Bond isn’t the villain in this piece,” Hargreaves Lansdown analyst Susannah Streeter said.

“The spread of COVID-19 around the world has been a horror movie for the industry and the fresh wave of infections is the latest installment in what’s been a devastating story for cinema chains.” (Reporting by Muvija M and Yadarisa Shabong in Bengaluru, Sarah Young in London; Editing by Krishna Chandra Eluri, Patrick Graham and Jan Harvey)